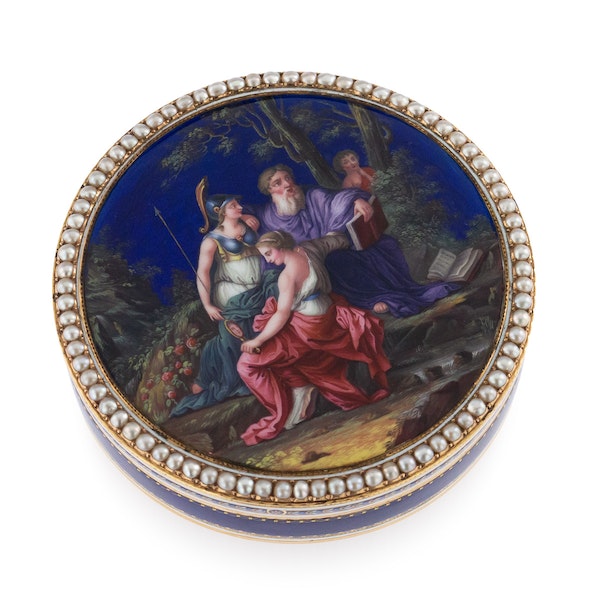 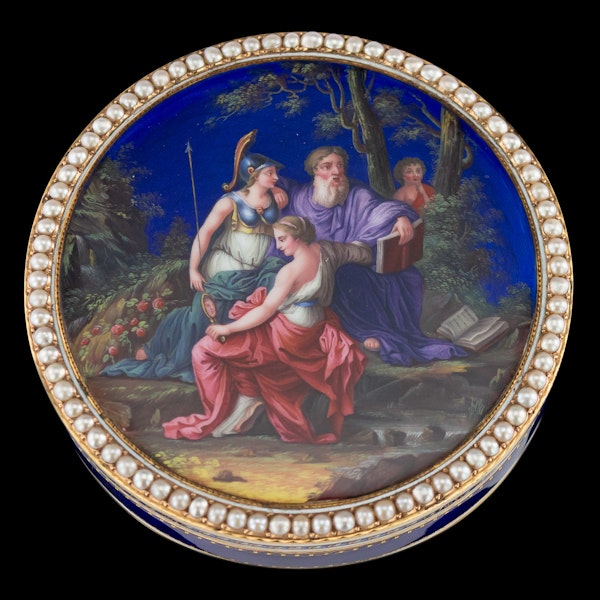 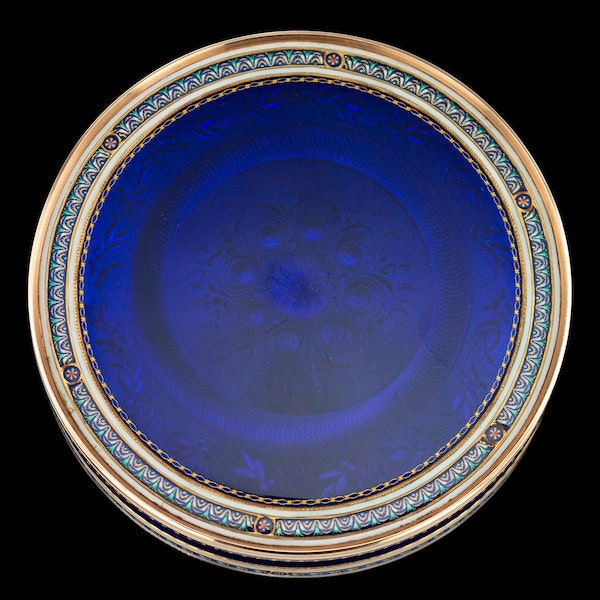 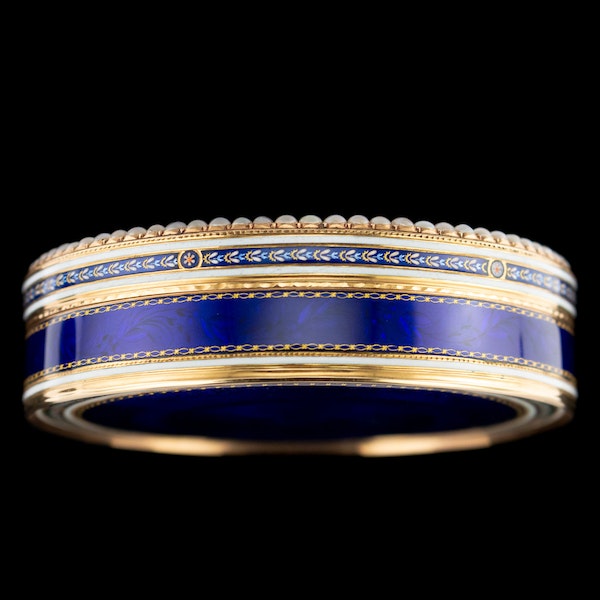 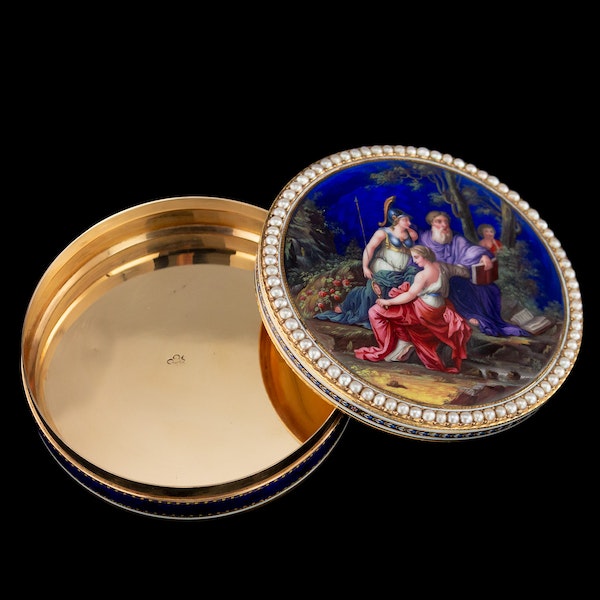 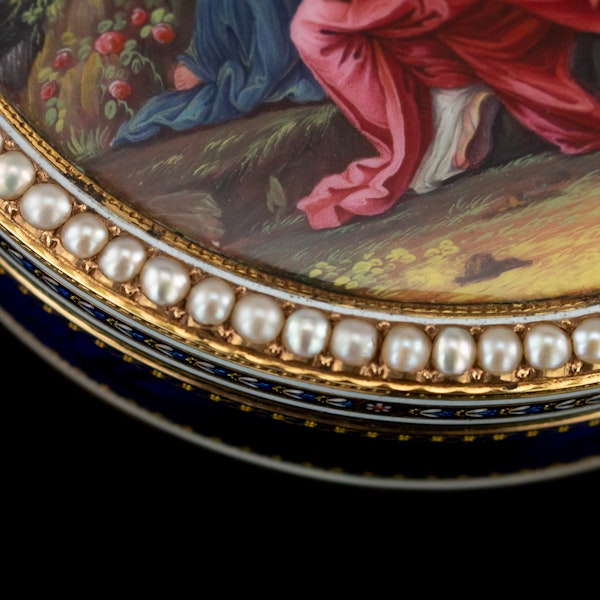 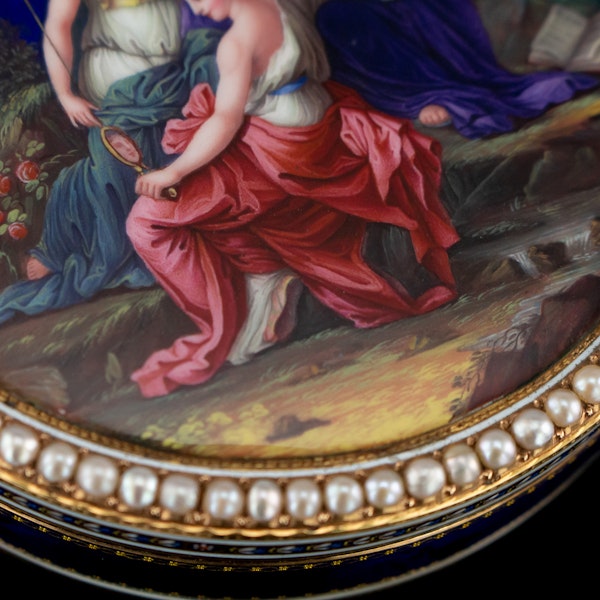 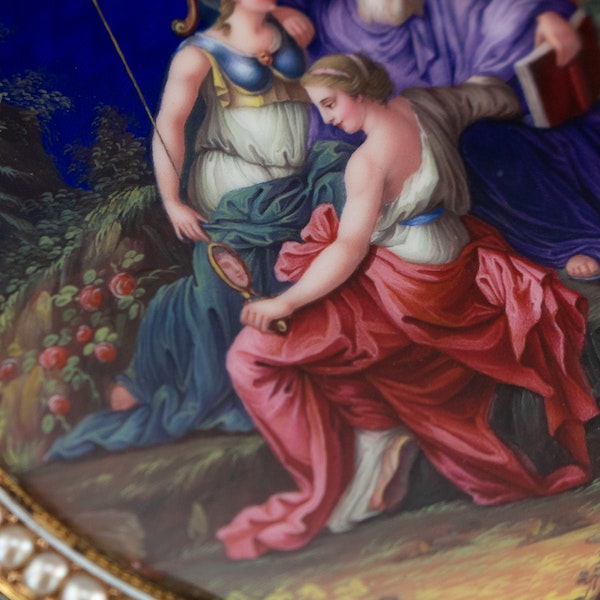 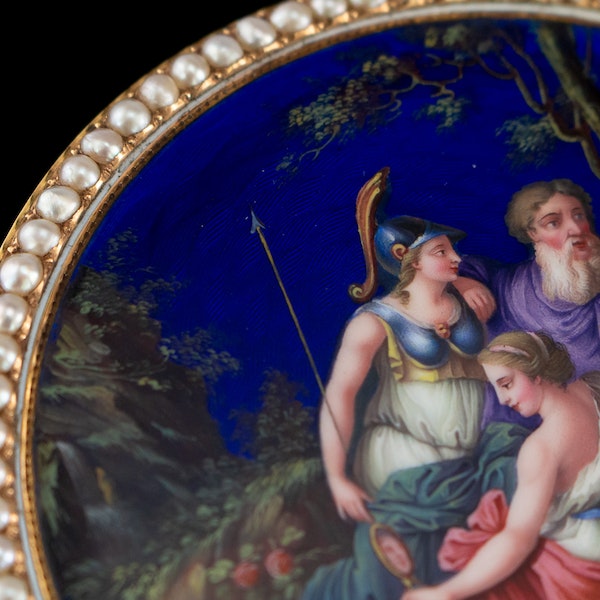 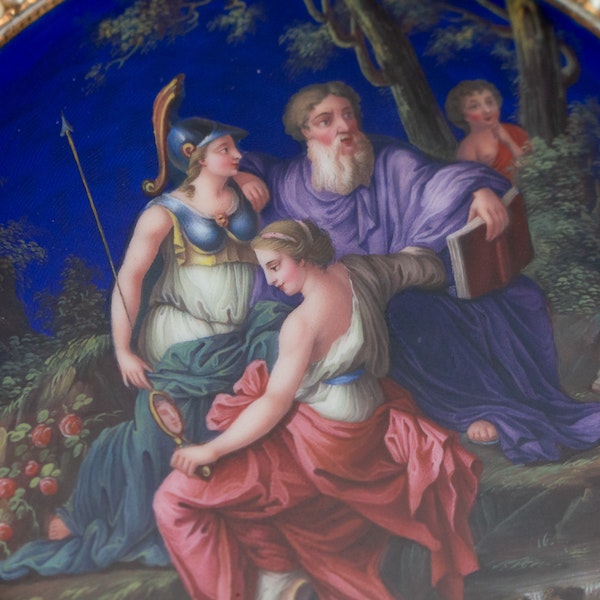 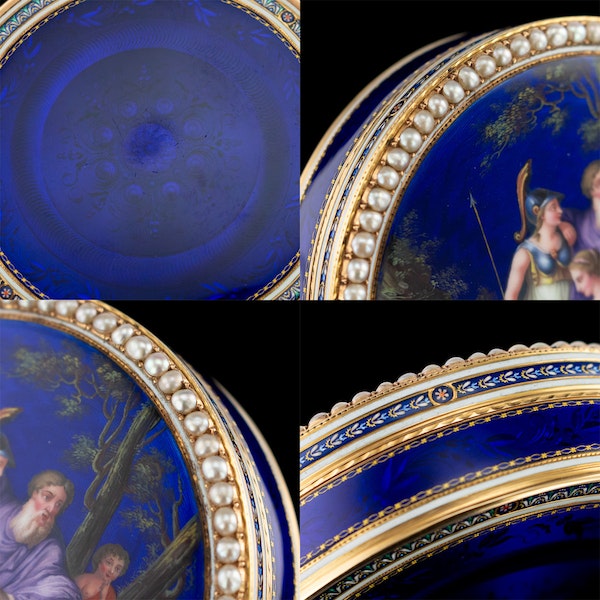 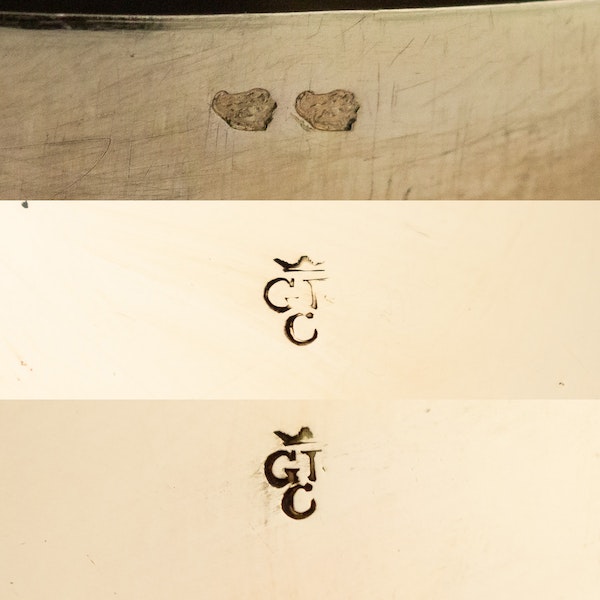 Antique late-18th Century Exceptional Swiss 18k gold & enamel snuff box, of round shape, the cover finely painted with the scene of The Choice of Hercules, the boy Hercules is concealed within trees observing Virtue and Vice whilst the poet waits to record his decision. The two women represent the opposite destinies which life could offer him: on the left Virtue is calling him to the hardest path leading to glory through hardship, while the second, a woman with worldly pleasures, the easier path, is enticing him to vice.

The lid is applied with vibrant deep blue enamel over zig-zag geometric engine-turning within a half-pearl set rim, the sides also applied with translucent royal blue enamel over a foliate engine-turned ground below a multi-coloured paillons band, the base with similar enamel over a richly engine-turned patera and foliate ground within a similar paillons border. Hallmarked with a makers mark for Guidon, Rémond & Gide, (active in Geneva, 1792-1801, very important Swiss goldsmiths), and French guarantee mark.

A Pair of Enamel Lorgnettes