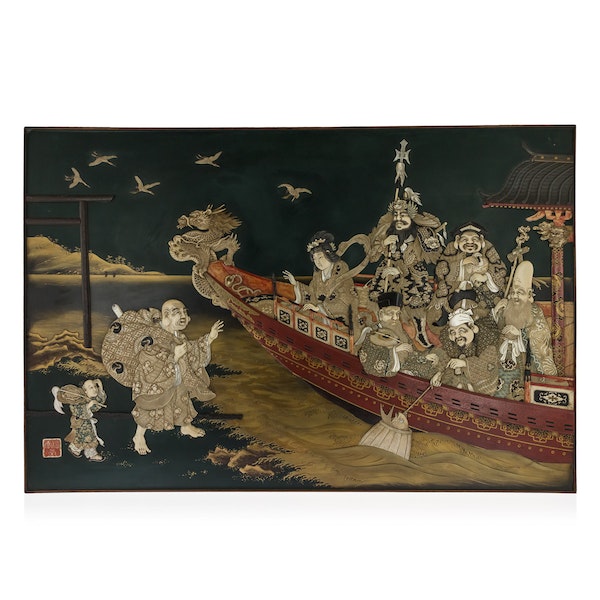 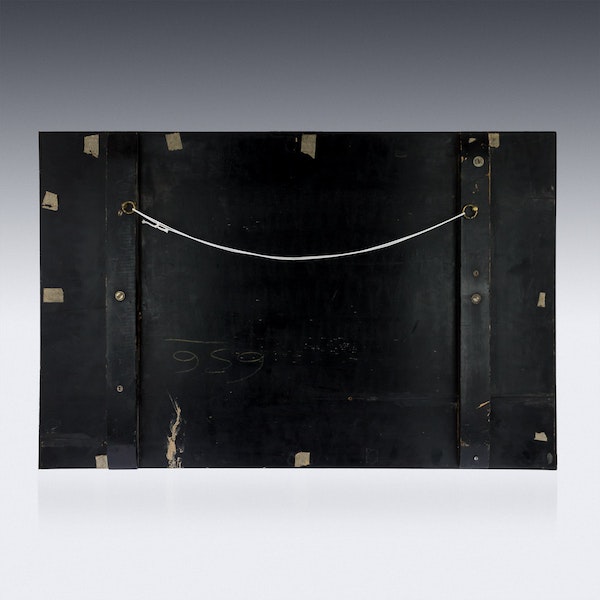 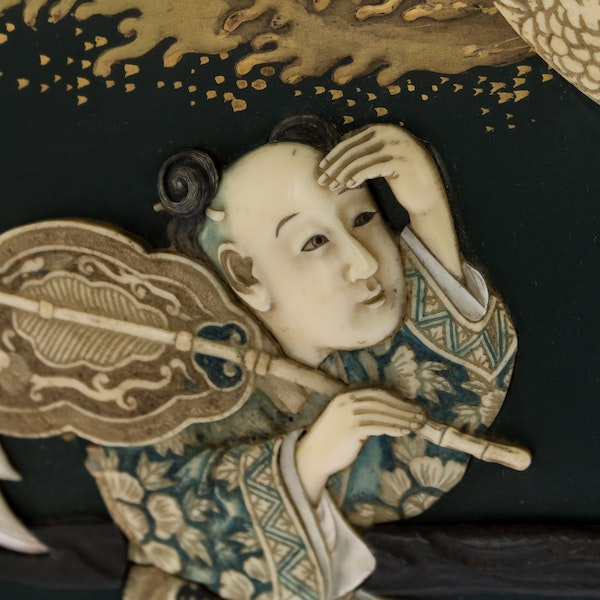 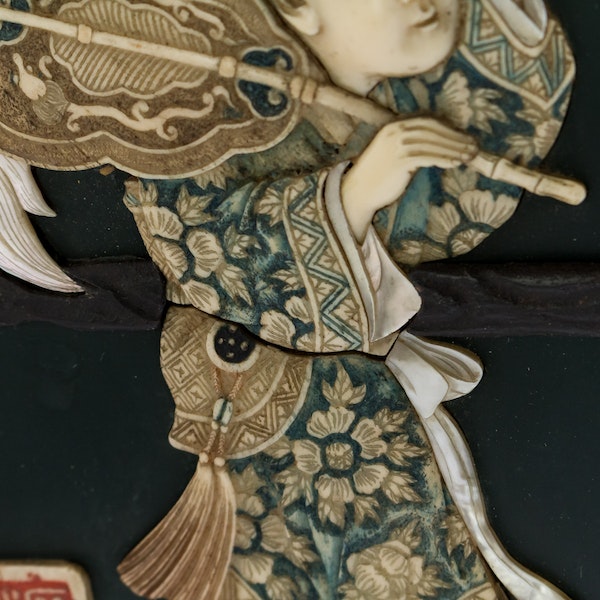 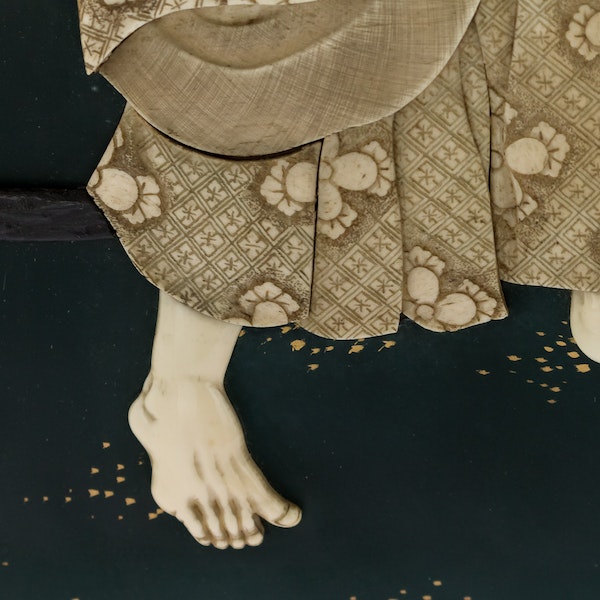 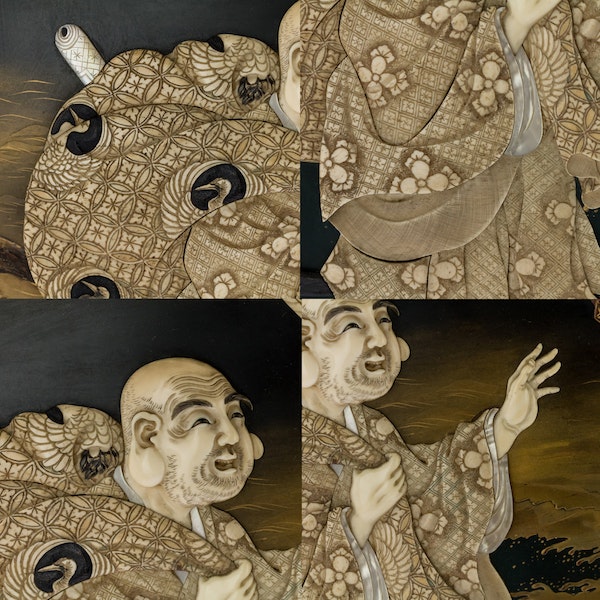 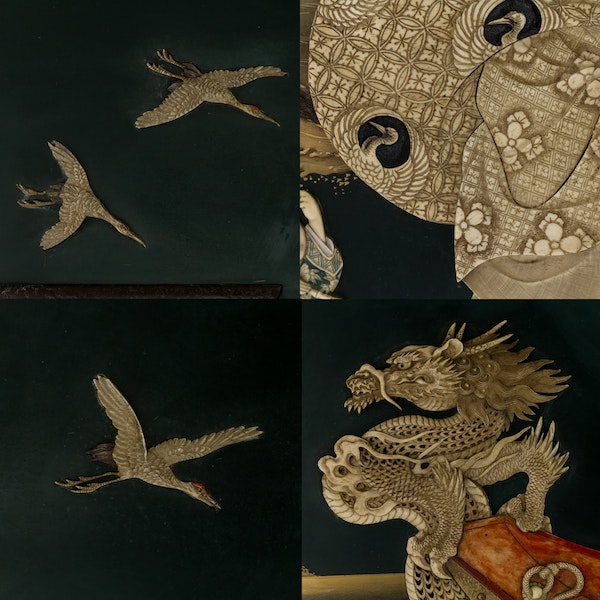 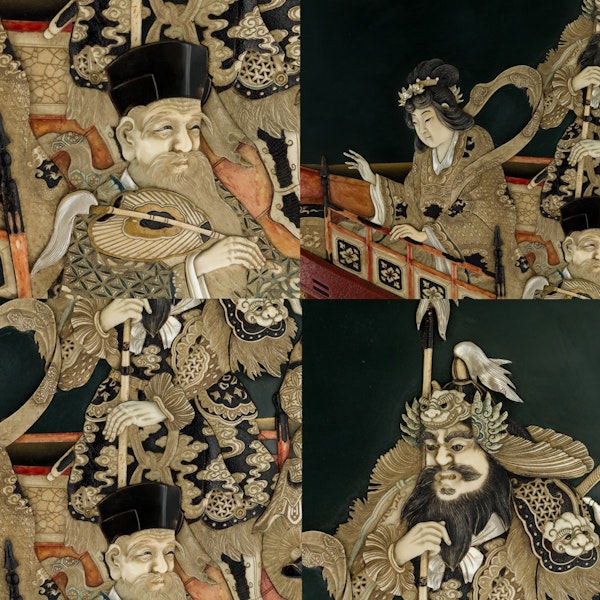 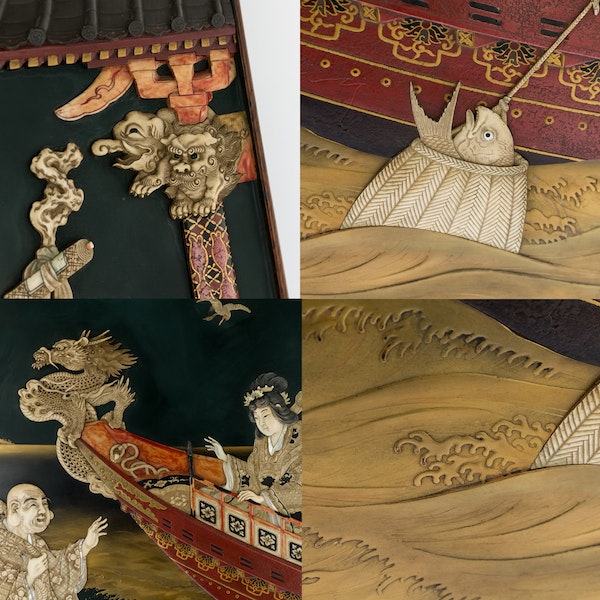 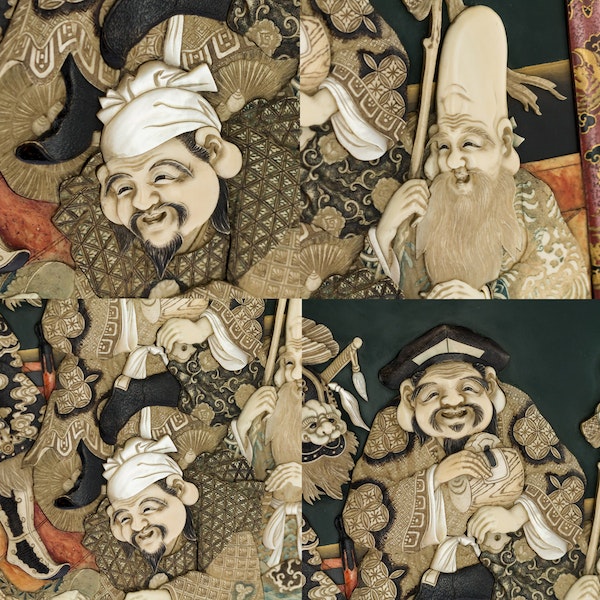 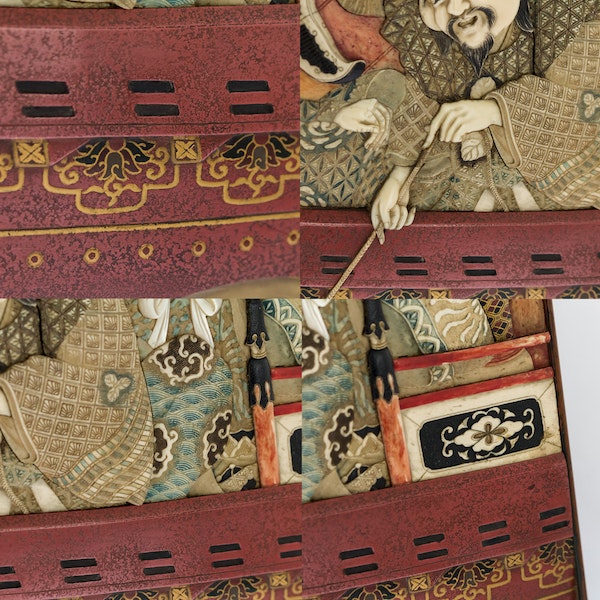 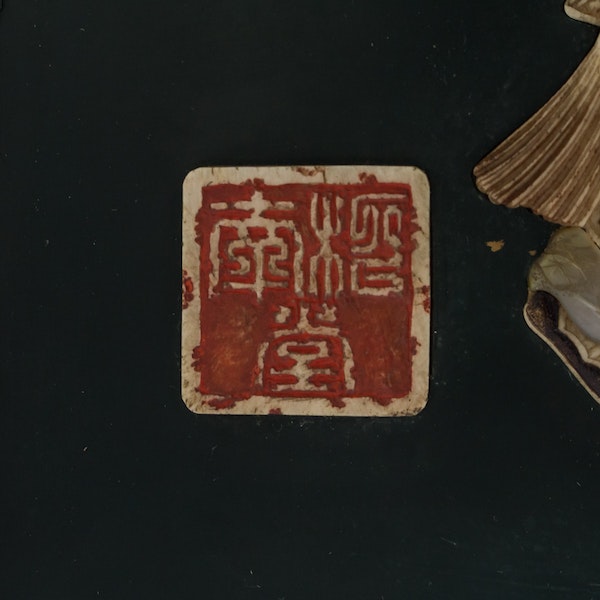 
In Japanese mythology, the Seven Lucky Gods are believed to grant good luck and often have their place in netsuke engravings or in other representations. Amongst the seven, not all the gods are mythical characters, as there is one who is a historical figure. They all began as remote and impersonal gods, but gradually became much closer canonical figures for certain professions and Japanese arts. During the course of its history, the mutual influence between gods has created confusion about which of them was the patron of certain professions. The worship of this group of gods is also due to the importance of the number seven in Japan, which is supposedly a bearer of good luck.

Amongst all, Hotei is the lucky god and can be seen with a small child on the shore. He’s known to be a wandering hermit who brings happiness to all. Some sects also known as (Zen / Chan among others) identify Hotei with the incarnation of the future Buddha to be born in this world, so this scene can be seen as a metaphor that a happy future for humanity has arrived and will be treasured.

The plaque is possibly signed (Shonando)

A pair of quality silver candlesticks