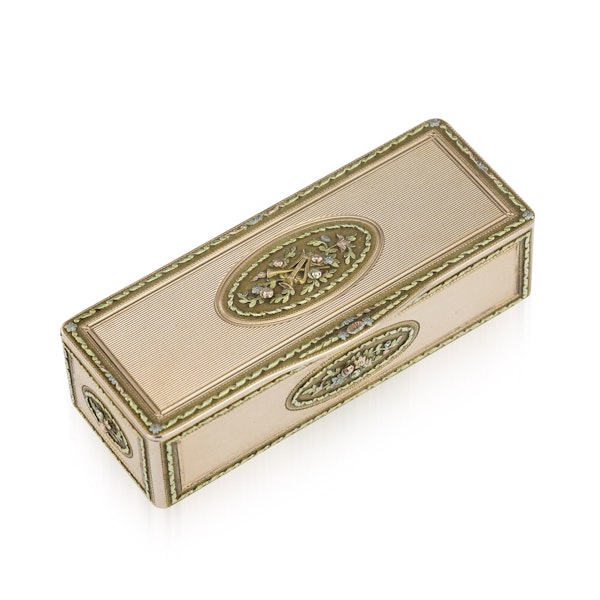 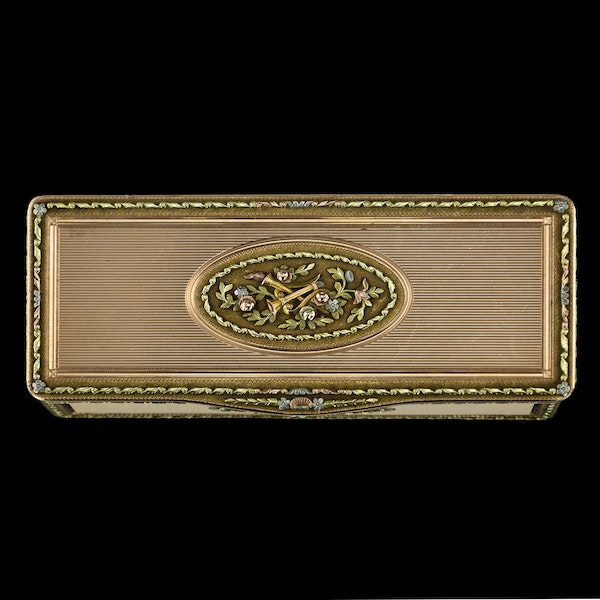 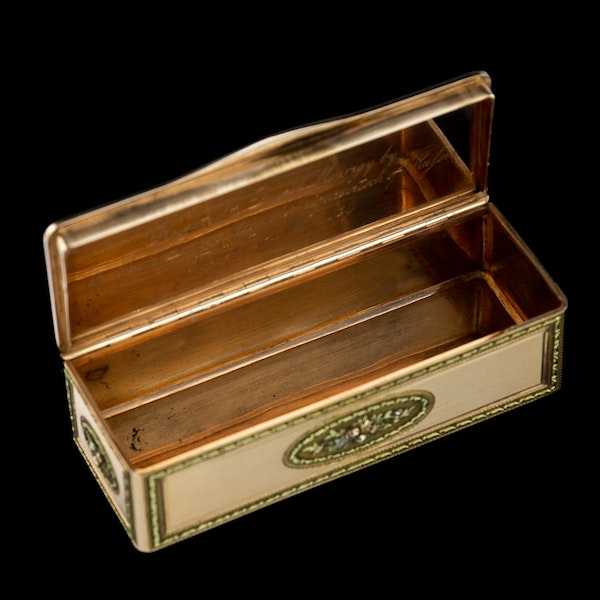 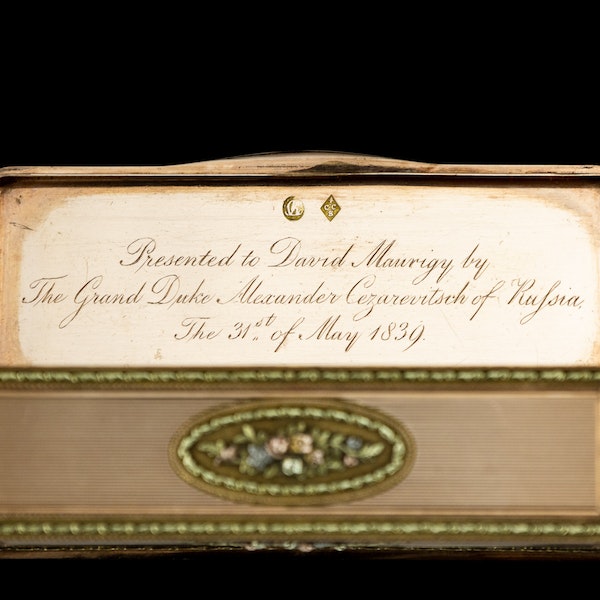 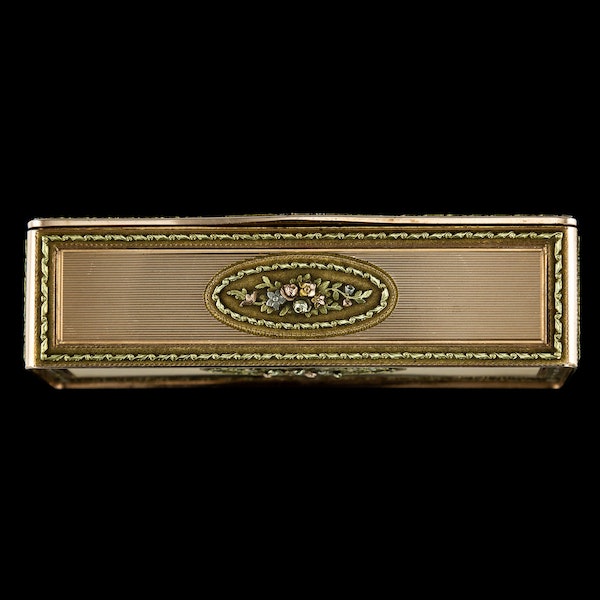 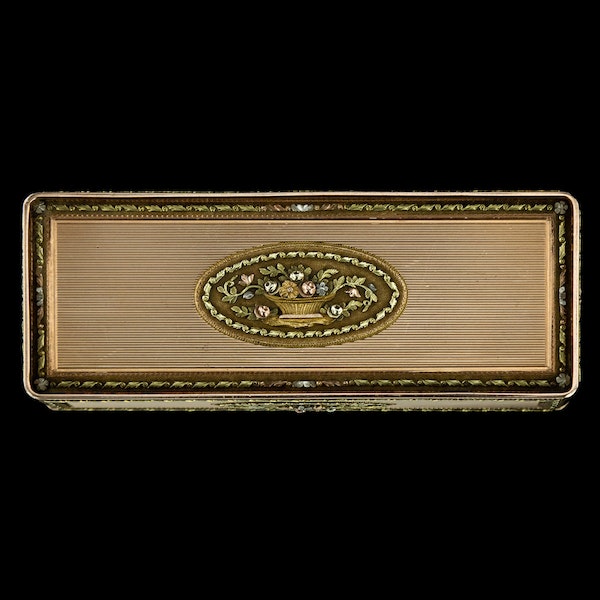 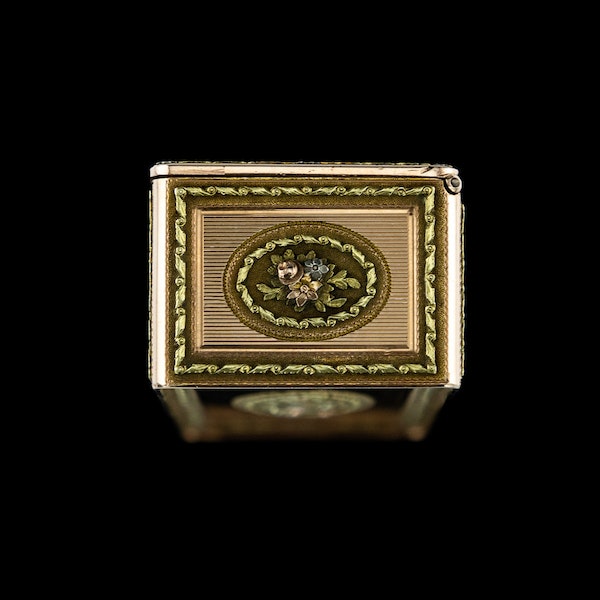 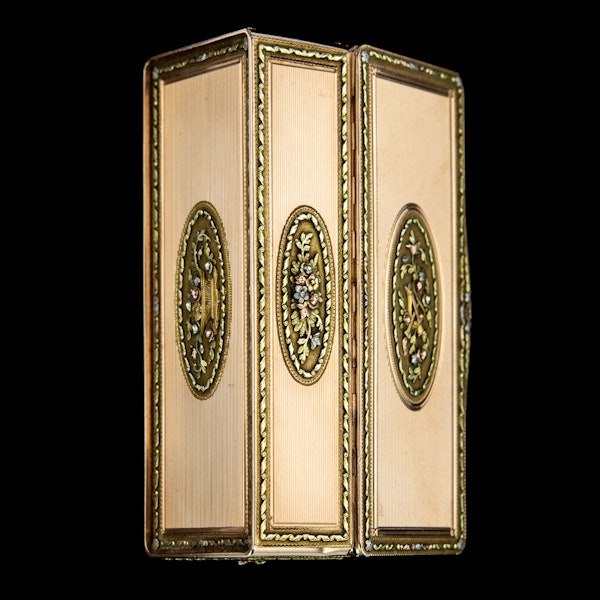 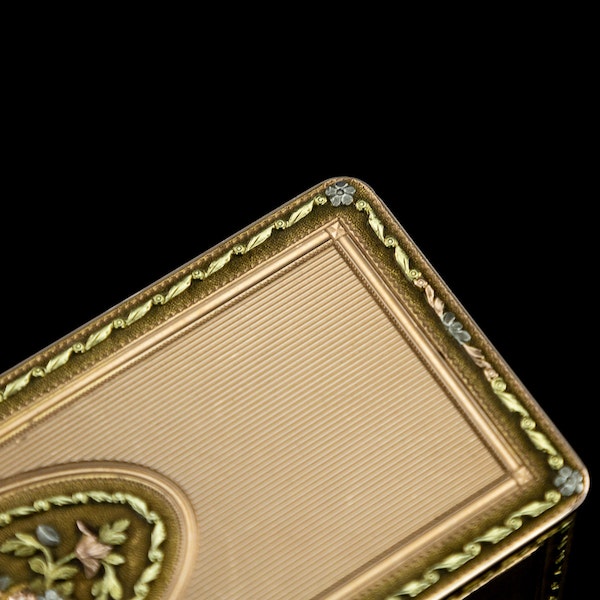 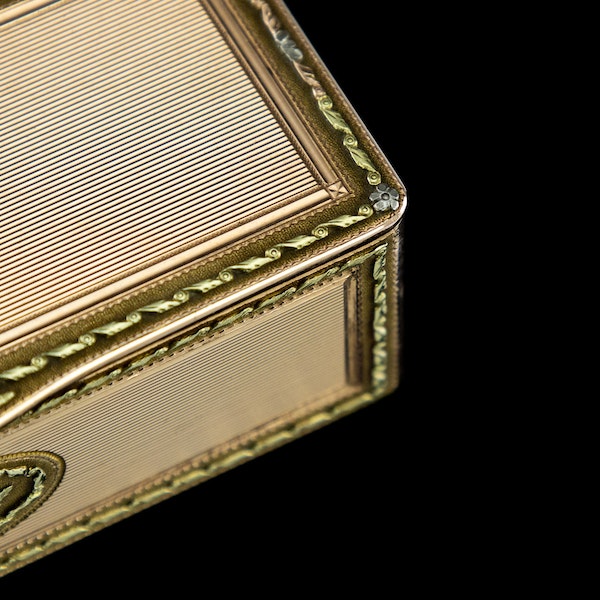 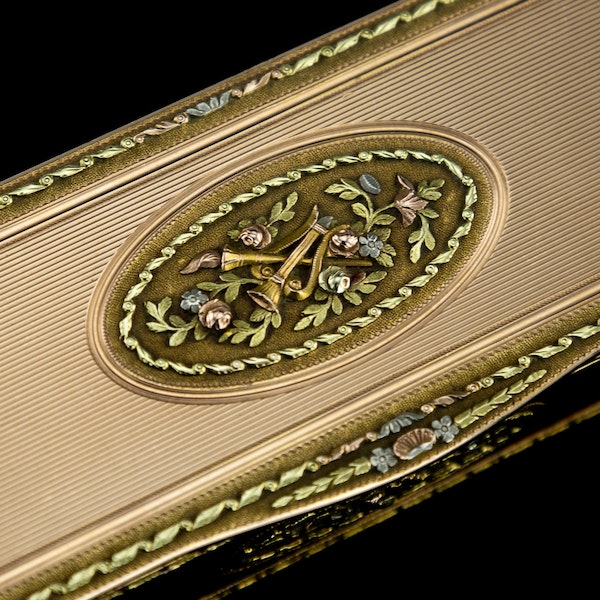 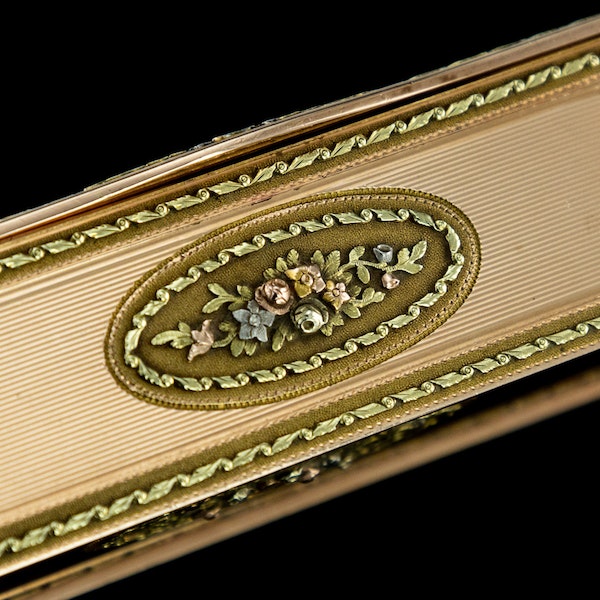 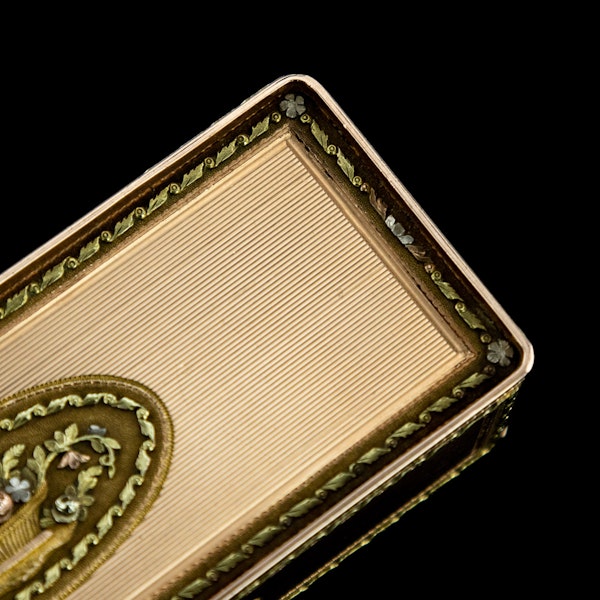 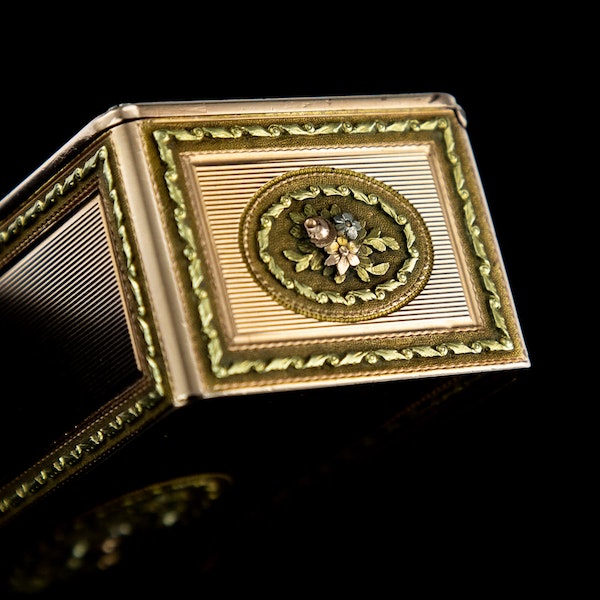 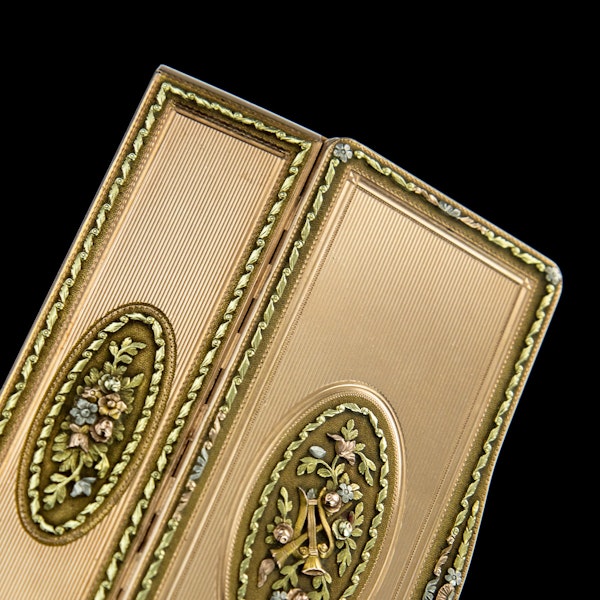 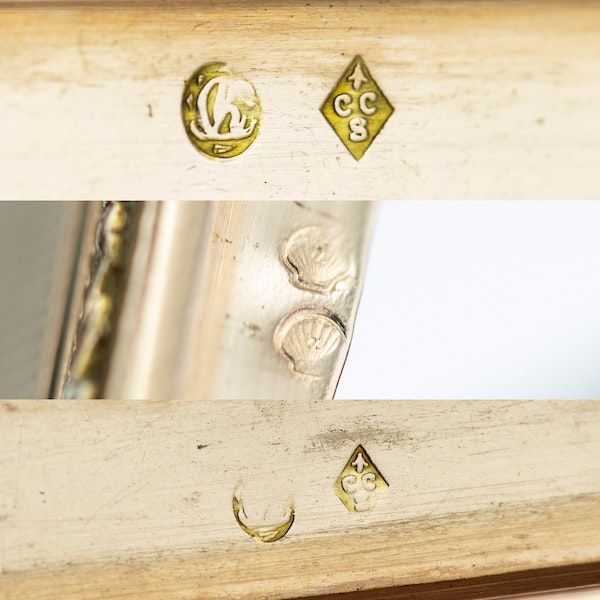 The box engraved on the inside "Presented to David Maurigy by the Grand Duke Alexander Cezarevitsch of Russia. The 31th of May 1839. Probably offered as a token from Alexander II (1818-1881) to celebrate the signing of the Treaty of London (between France, Austria, Great Britain, Prussia, Russia, Netherlands, April 19, 1839). The Treaty of London of 1839, also called the First Treaty of London, the Convention of 1839, and the London Treaty of Separation, was a treaty signed on 19 April 1839 between the European great powers, the United Kingdom of the Netherlands and the Kingdom of Belgium. This treaty was because the Netherlands would not sign the 1831 'Treaty of the XXIV Articles'. This treaty said that Belgium was its own country. It confirmed the independence of the German speaking part of Luxembourg. The most important part of the treaty makes Belgium always be neutral. And those who signed the treaty would protect Belgium if it was attacked. The treaty is said to be a part of the cause of World War I. When the German Empire invaded Belgium in August 1914, the British declared war on 4th of August.

A Pair of Enamel Lorgnettes