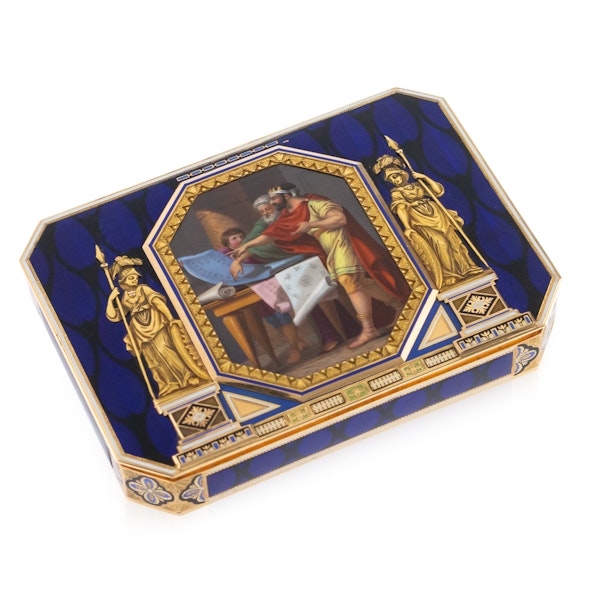 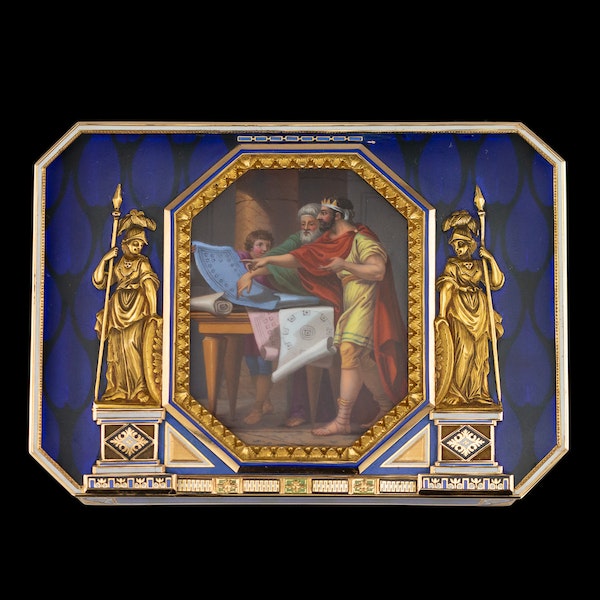 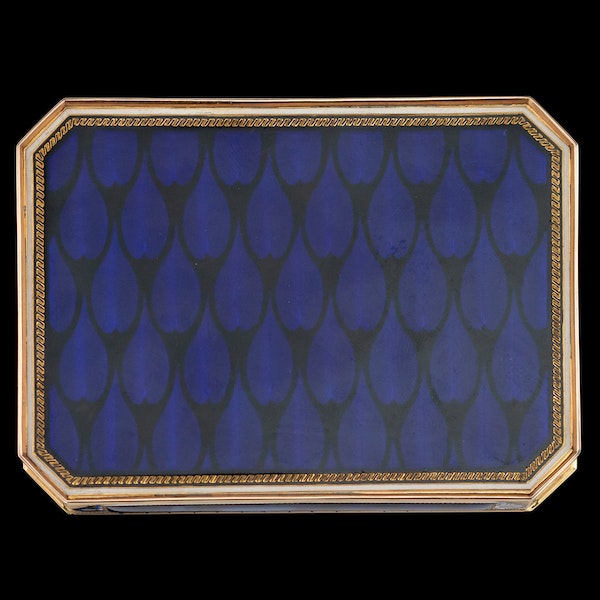 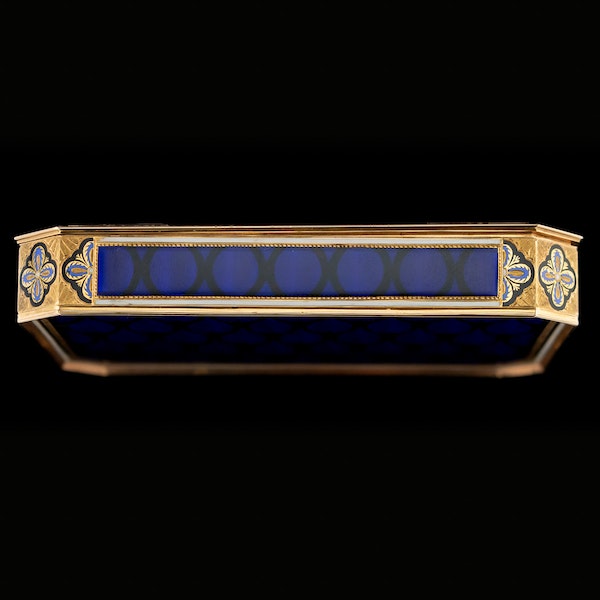 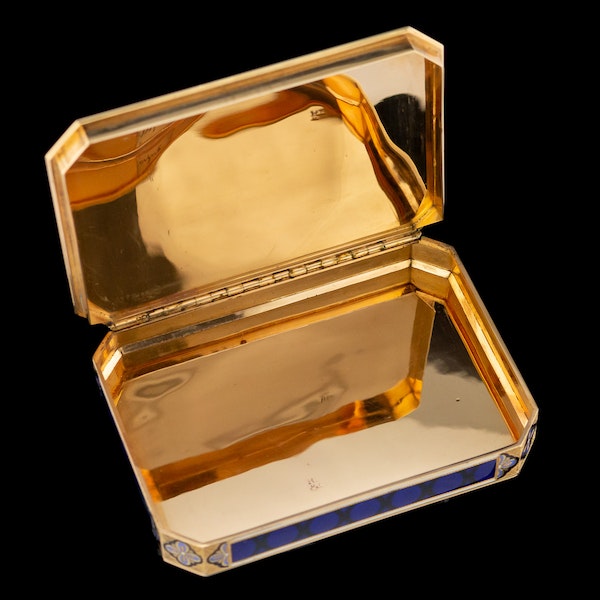 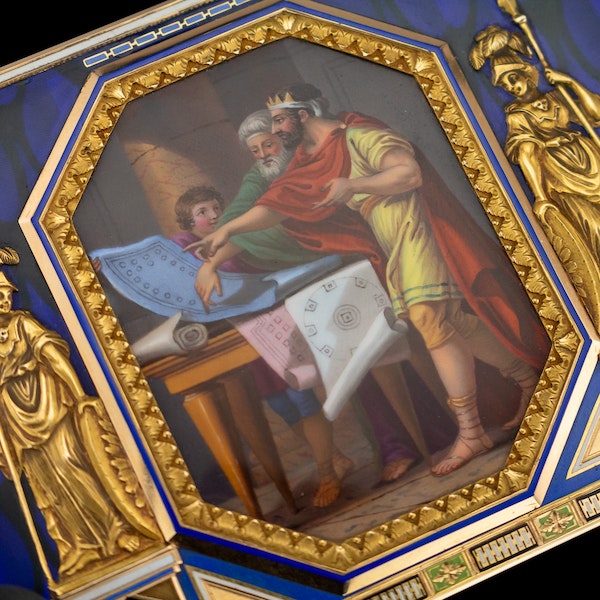 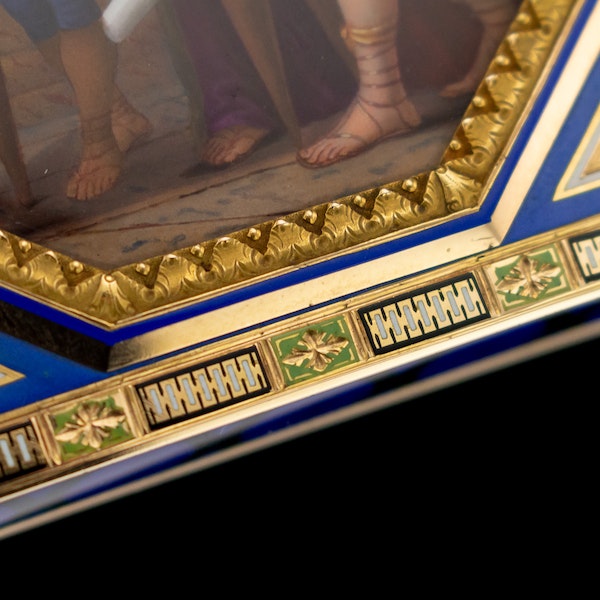 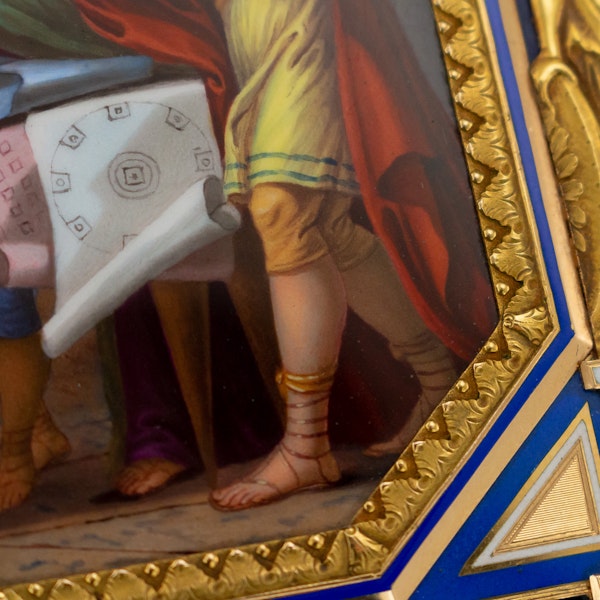 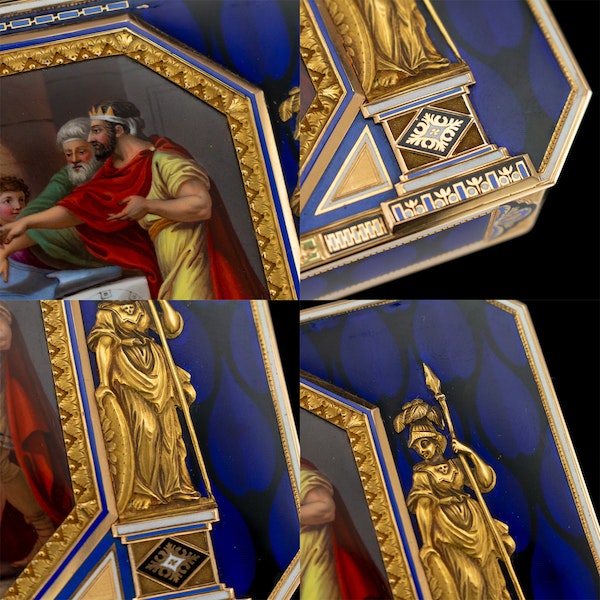 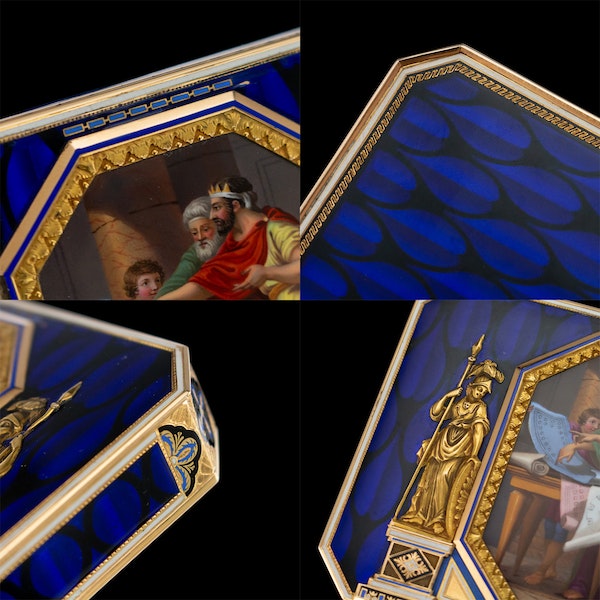 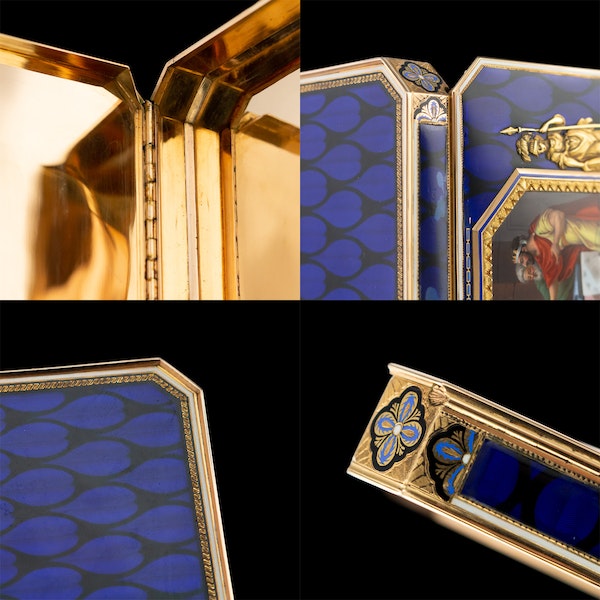 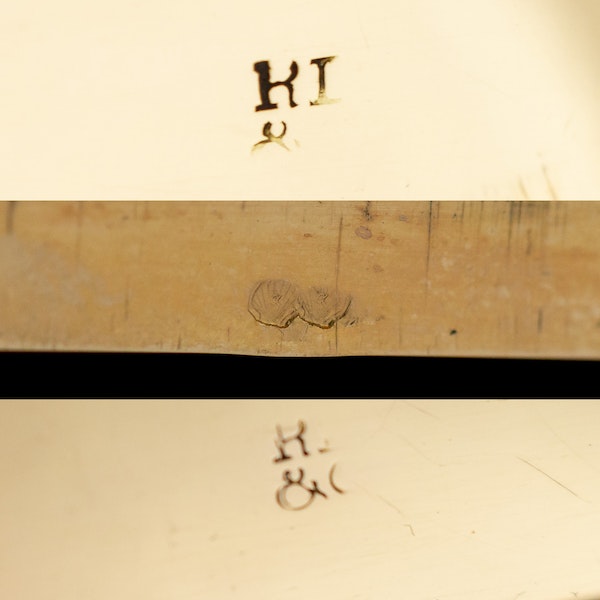 Antique early-19th Century Exceptional Swiss 18k gold & enamel snuff box, of rectangular form with canted corners, the cover is set with a finely painted panel depicting King Solomon and his Architect. According to the Hebrew Bible, Solomon's Temple, also known as the First Temple, was the Holy Temple (Beit HaMikdash) in ancient Jerusalem before its destruction by Nebuchadnezzar II after the Siege of Jerusalem of 587 BCE and its subsequent replacement with the Second Temple in 516 BCE. The period in which the First Temple presumably, or actually, stood in Jerusalem, is known in academic literature as the First Temple period (c.1000–586 BCE)