ANTIQUE 20thC RUSSIAN FABERGE LIGHTER IN THE FORM OF A CHIMPANZEE c.1900 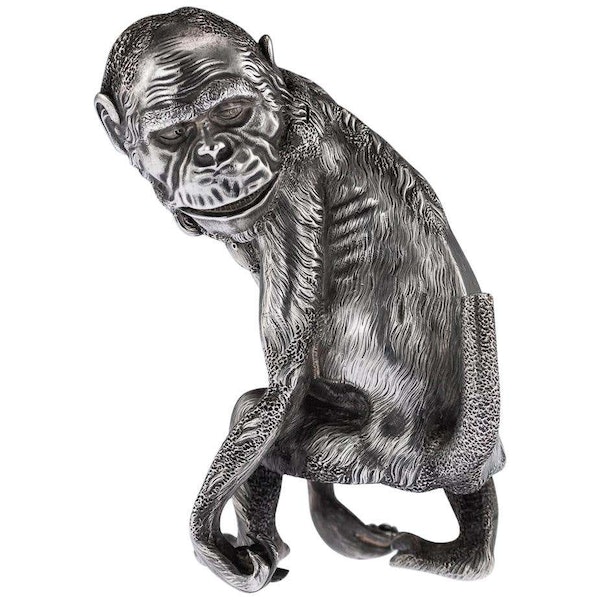 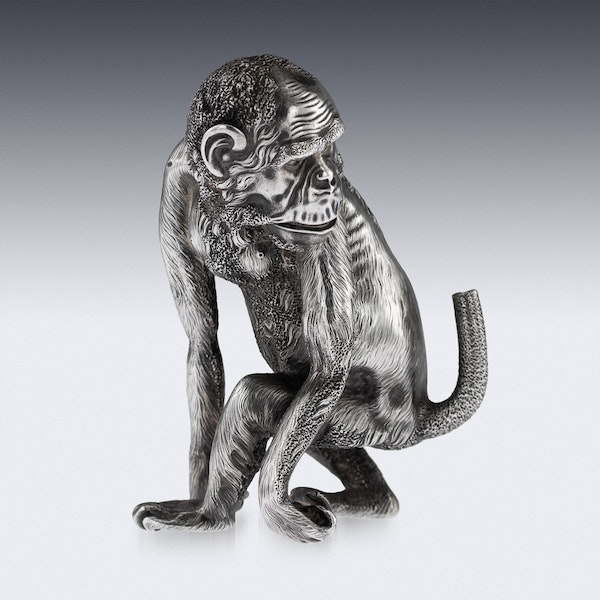 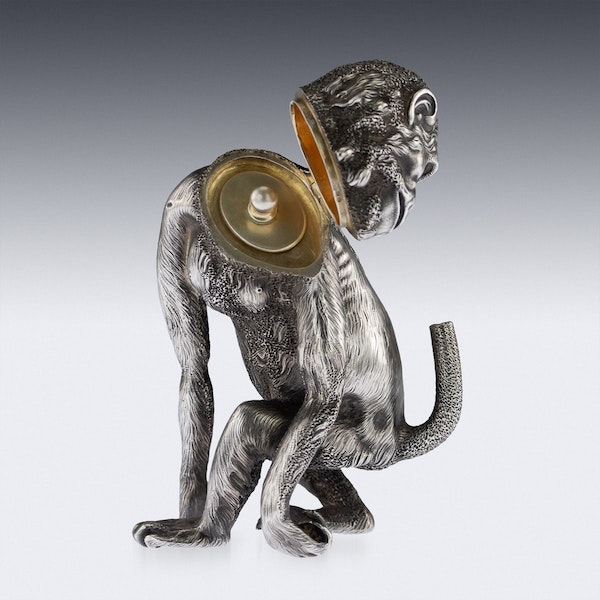 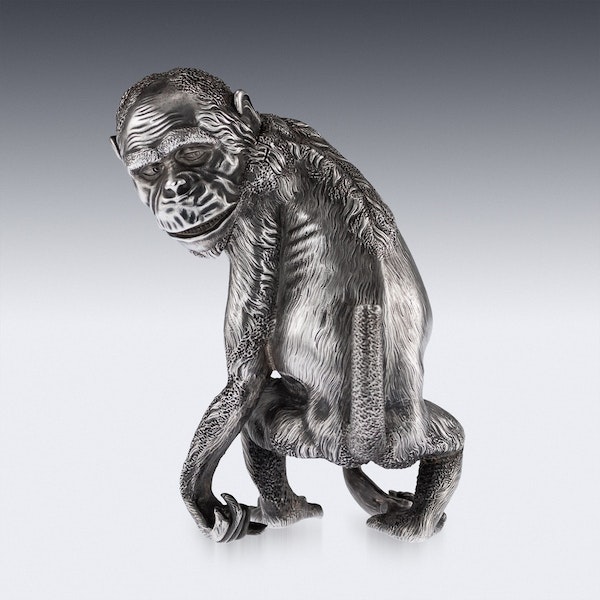 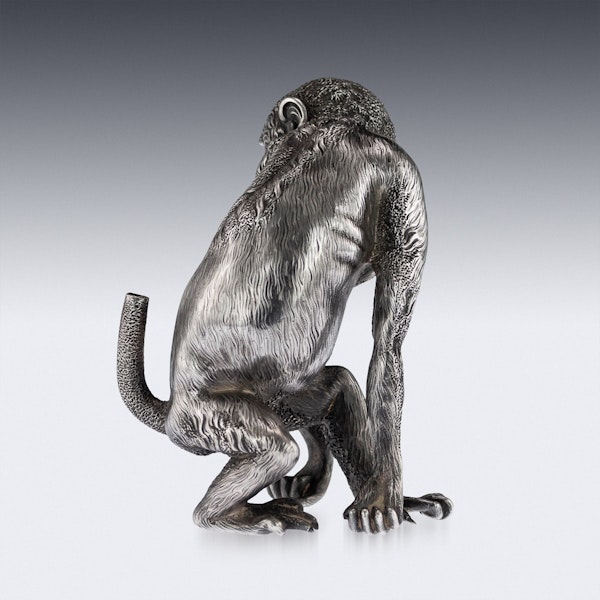 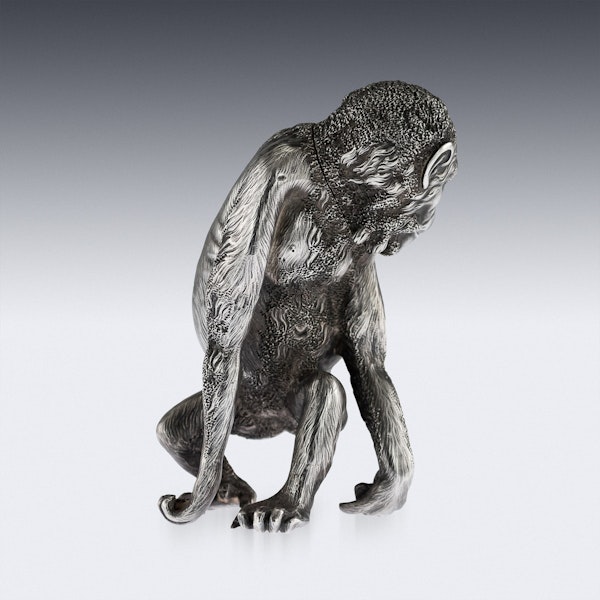 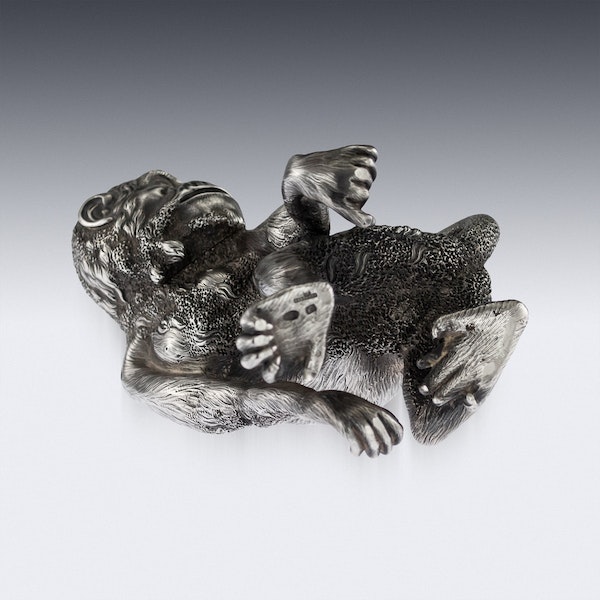 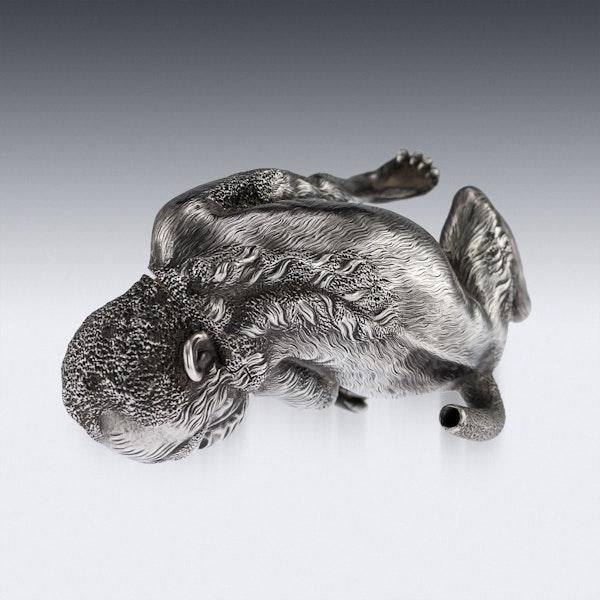 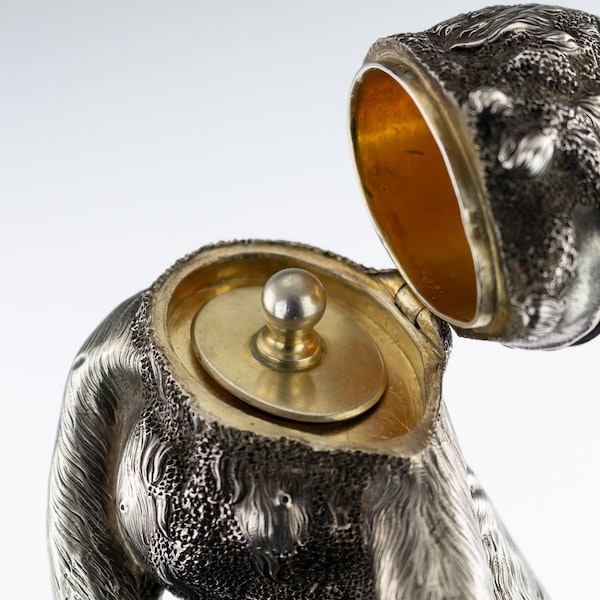 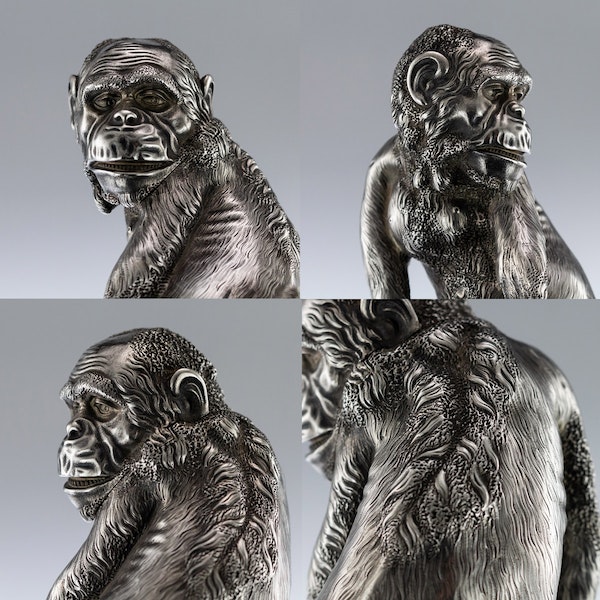 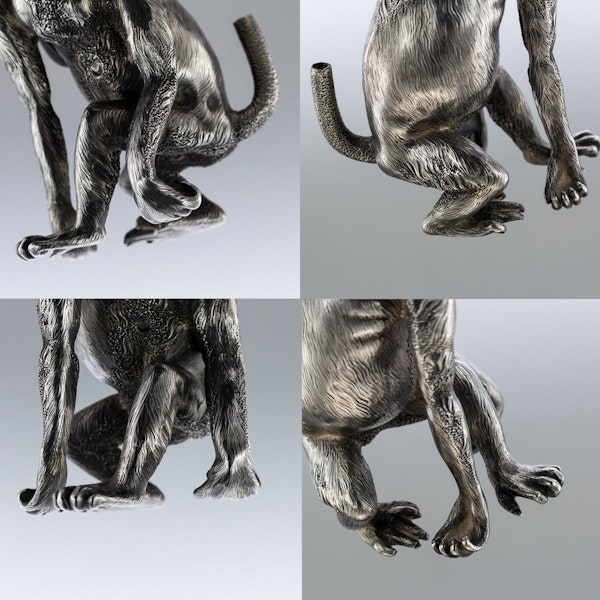 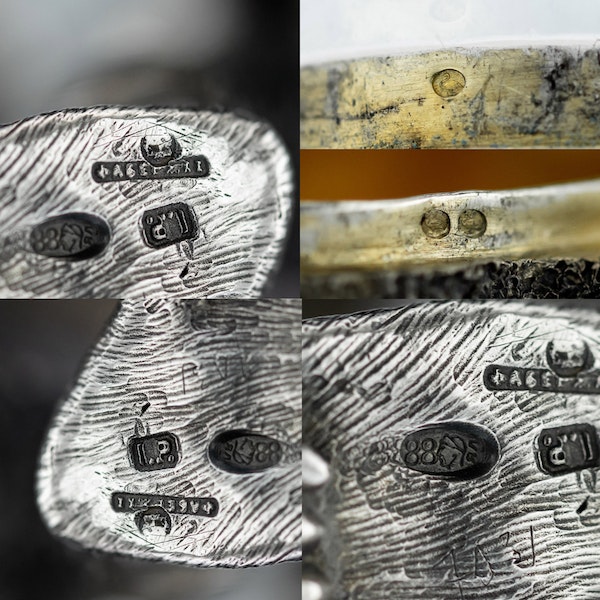 ANTIQUE 20thC RUSSIAN FABERGE LIGHTER IN THE FORM OF A CHIMPANZEE c.1900

Of Jewish origins, Isaac Abramovich Rappoport was born in 1851 (although some sources say 1864) in Lithuania. After his apprenticeship in Berlin, he became a master in 1884 and moved to St-Petersburg, where he opened his own workshop and started working as head silversmith for Fabergé. A few years later he became a Christian and changed his name to Julius Alexander.

Rappoport produced a wide range of items, from small objects to large decorative pieces. Particularly sought after are his naturalistic animal figures, portrayed in lively and playful poses but he also executed massive centrepieces for the Imperial family, the Danish Royal family and aristocrats.

At his retirement in the early 1900s, Rappoport left the workshop and all its equipment to his workmen, who formed the First St-Petersburg Artel. Unfortunately the Artel ceased working a few years later due to insolvency and a decline in quality.