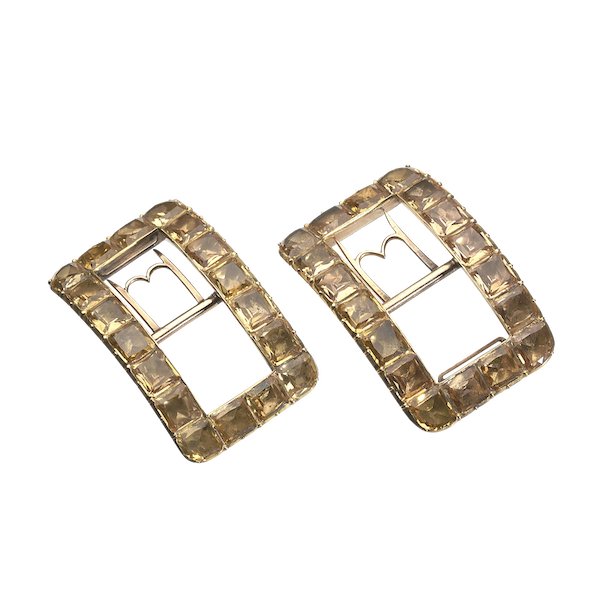 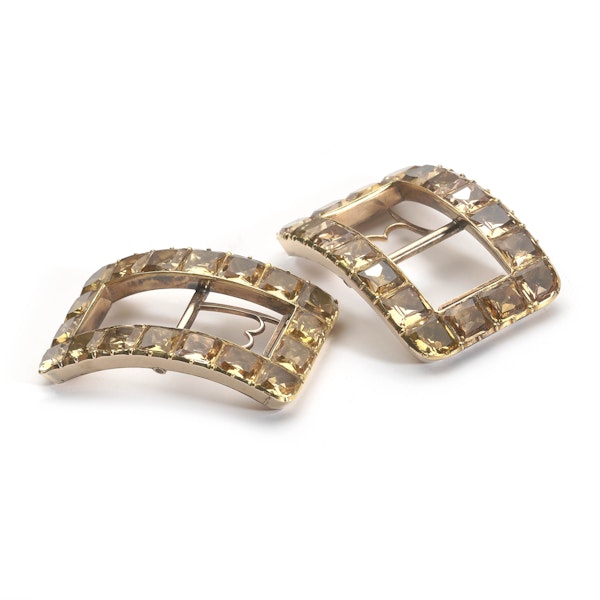 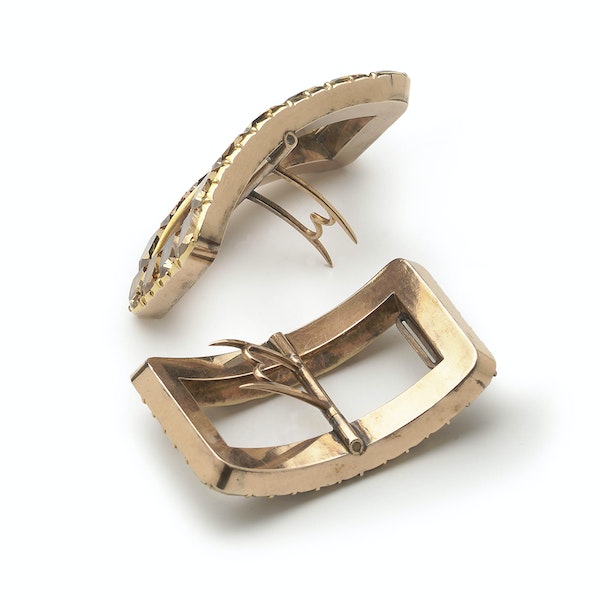 A pair of George III topaz and gold shoe buckles, set with cushion cut foil backed topaz, with cut down settings forming the outer, curved, rectangular frame, with a flat inner edge and closed back. The fittings have two row tongues with double hoop joining bars. Tested as approximately 9ct gold, circa 1790.

Crofts antique dealers, located at 117 Elm High Road, Wisbech, was owned and run by Peter and Patricia Croft, from 1950, for 51 years. After being educated at Wisbech Grammar School, Peter Crofts had volunteered to serve in the Fleet Air Army and subsequently went to the US to train as a pilot. When, aged 20, Crofts was training as a pilot in Texas in 1945, the engine of his Corsair F4U had burst into flames leaving him seriously injured. Both his legs were amputated and he had spent three and a half years recovering in hospital. It was under the guidance of the Stamford dealer Major Bernard Edinburgh that he became an antiques dealer and by 1958 was elected a member of the British Antique Dealers Association.

With thanks to Wisbeach Standard.