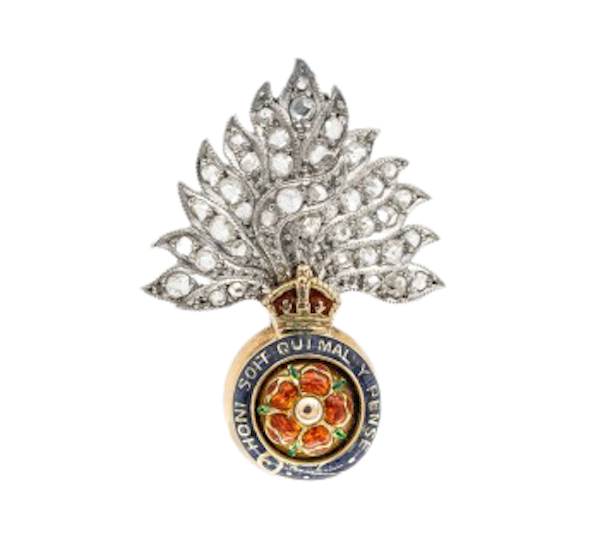 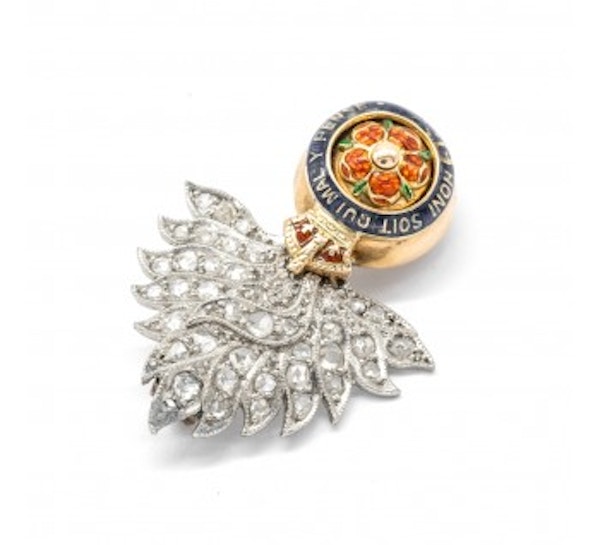 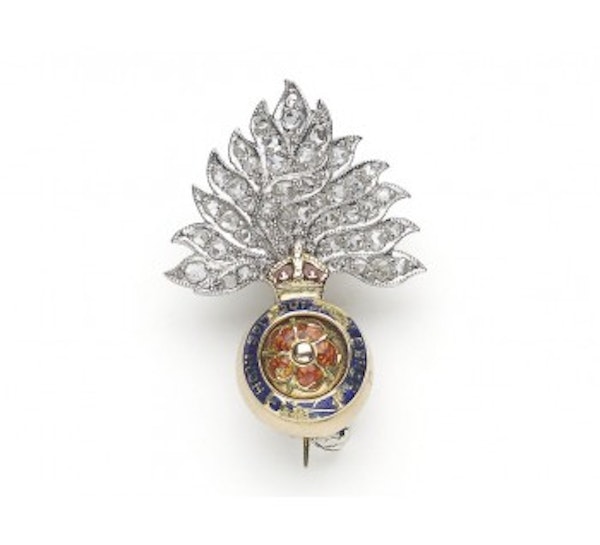 A British Royal Fusiliers badge, with a rose-cut diamond set flame, on platinum, over an enamelled crown, surmounting a blue enamelled garter, inscribed HONI SOIT QUI MAL Y PENSE, surrounding an enamelled red rose on yellow gold. Honi soit qui mal y pense is an Anglo-Norman maxim that means, "May he be shamed who thinks badly of it." Its translation from Old French is "Shame be to him who thinks evil of it." It is sometimes re-interpreted as "Evil (or shame) be to him that evil thinks" or "shame on anyone who thinks ill of it." Circa 1935.

A beautiful pair of silver candlesticks