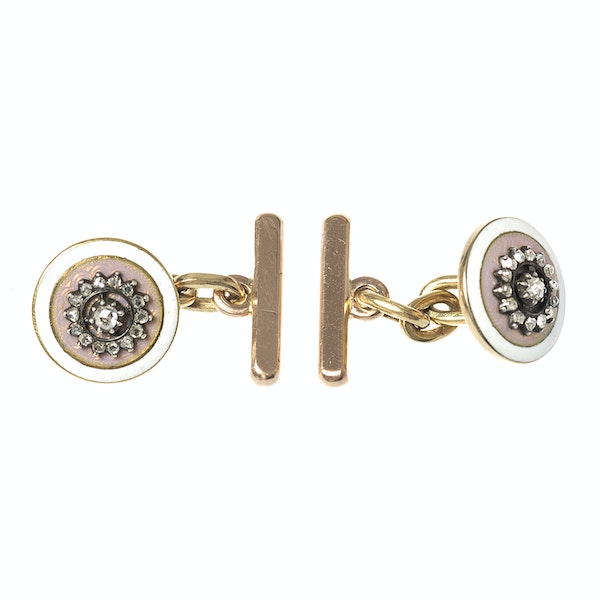 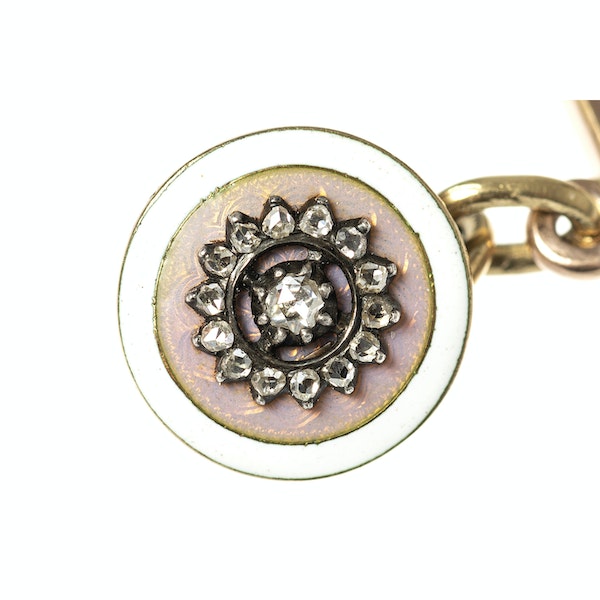 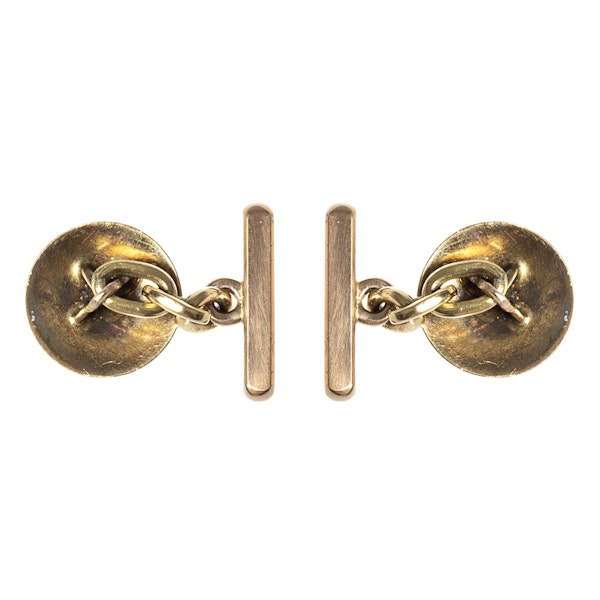 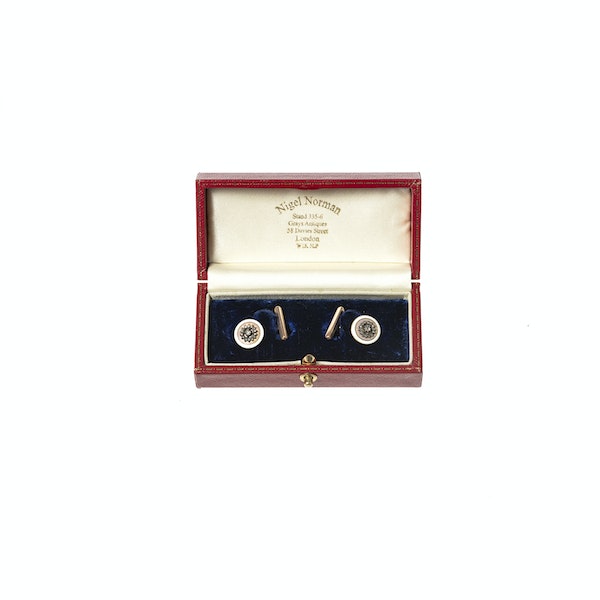 A pair of single sided 18 karat gold cufflinks created from two early 20th century buttons which would have previously formed part of a dress set. Each button has a face of pink guilloche enamel with a rose cut diamond cluster centre set in silver and a border of white enamel. The modern chain link connections and torpedo terminals are well matched with the original 18 karat gold of the buttons. The style of the buttons are consistent with that of early 20th century Cartier of Paris.

Antique & Vintage Jeweller with over 40 years in the Trade. Specialising in Cufflinks & all Sporting Jewellery with the emphasis on Fine Wearable items for both men and women.
www.nigelnorman.co.uk

Antique Brooch of a Cock Pheasant in Flight in Gold and Enamelling, English circa 1920.