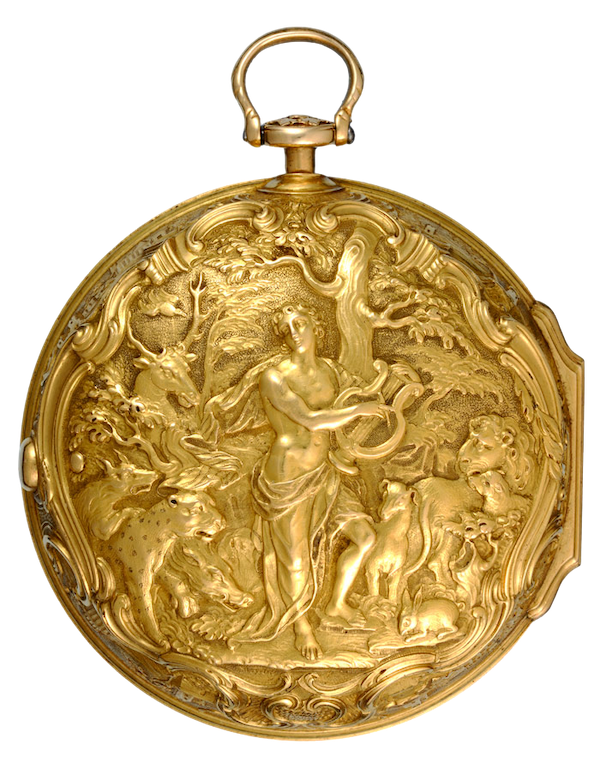 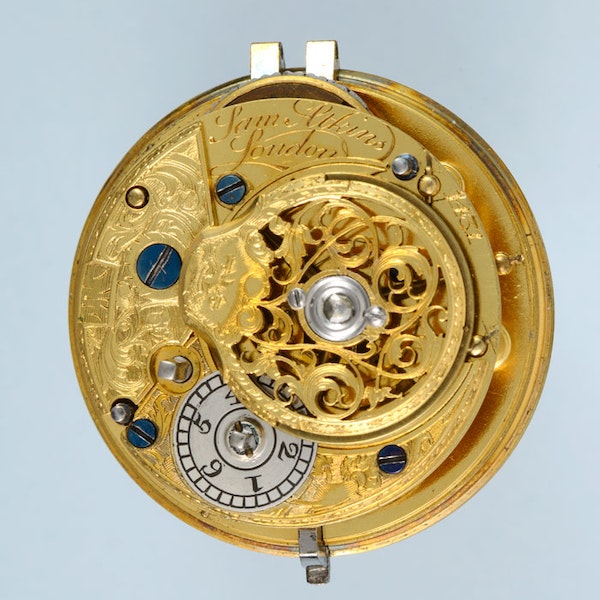 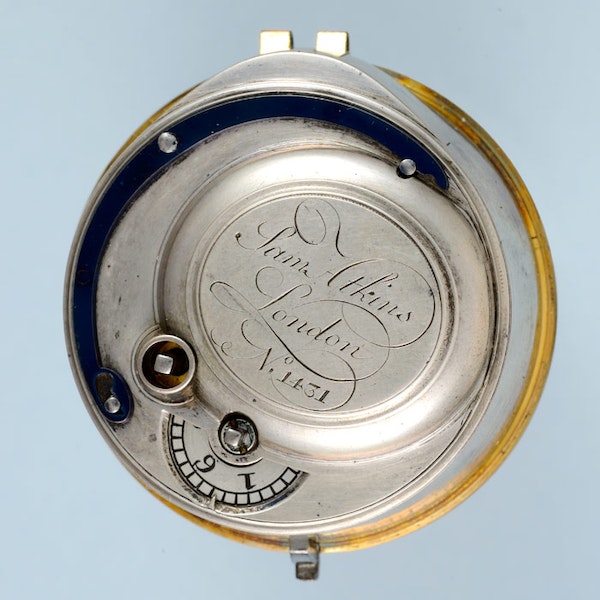 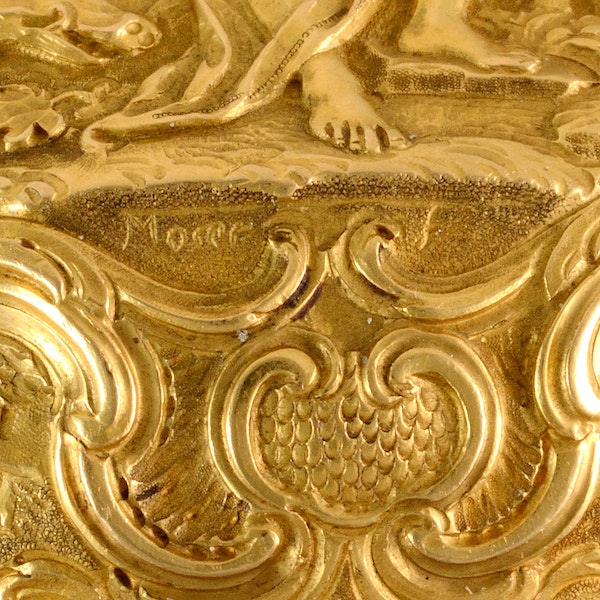 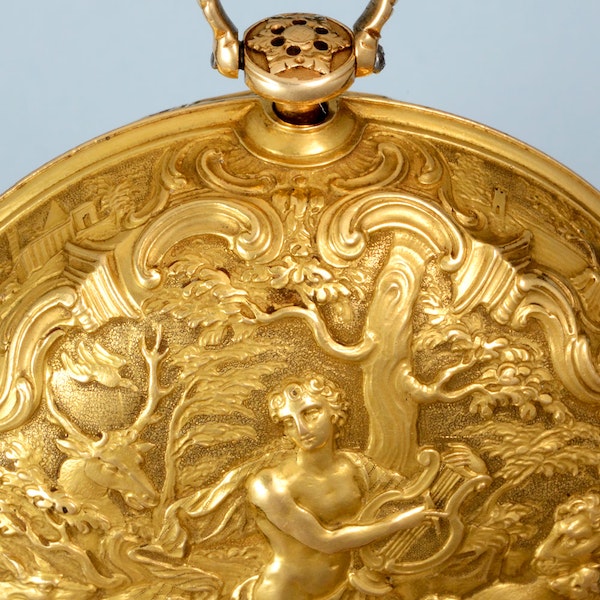 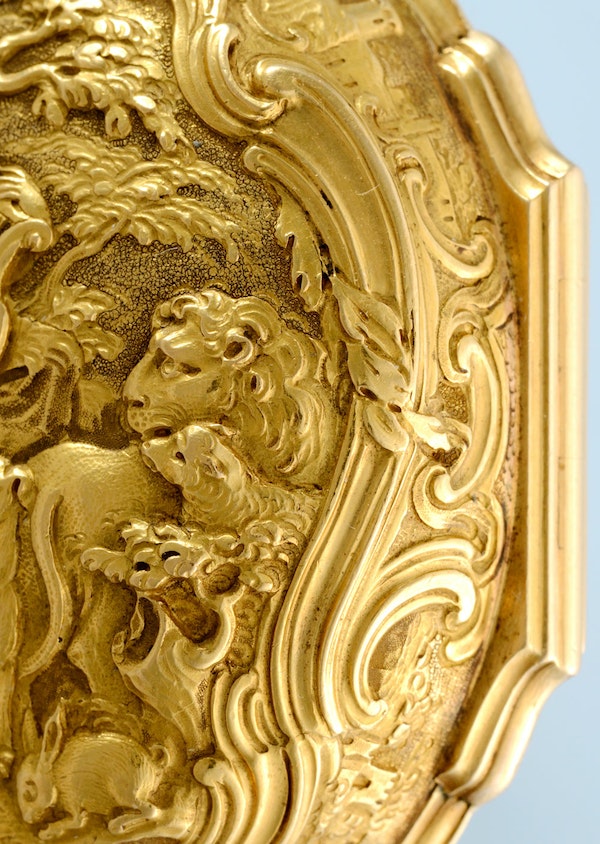 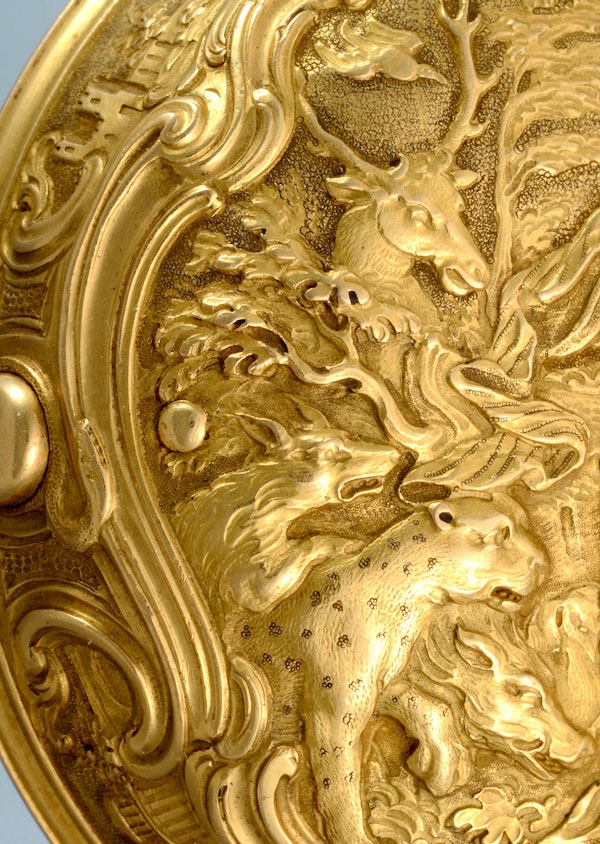 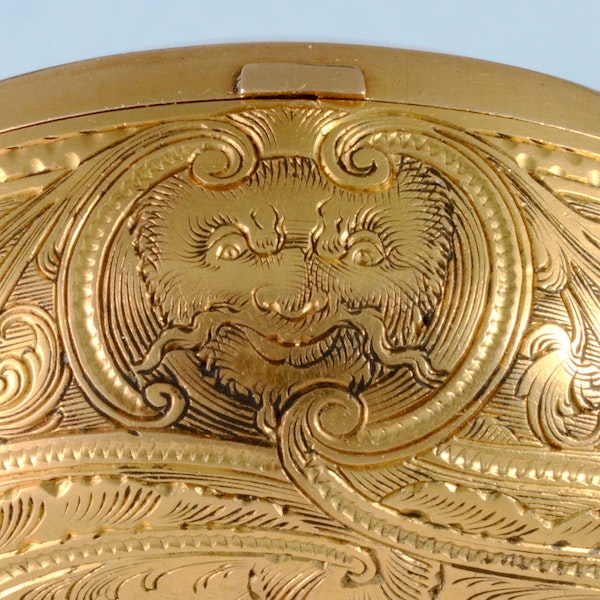 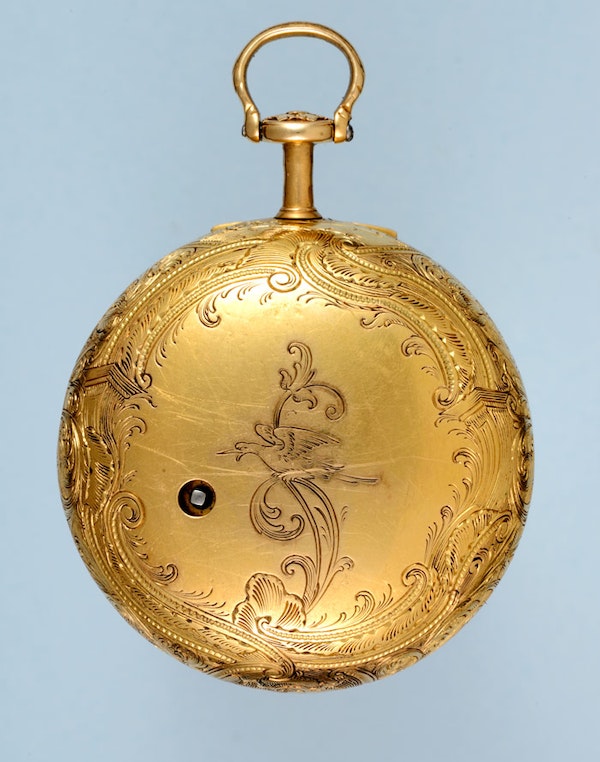 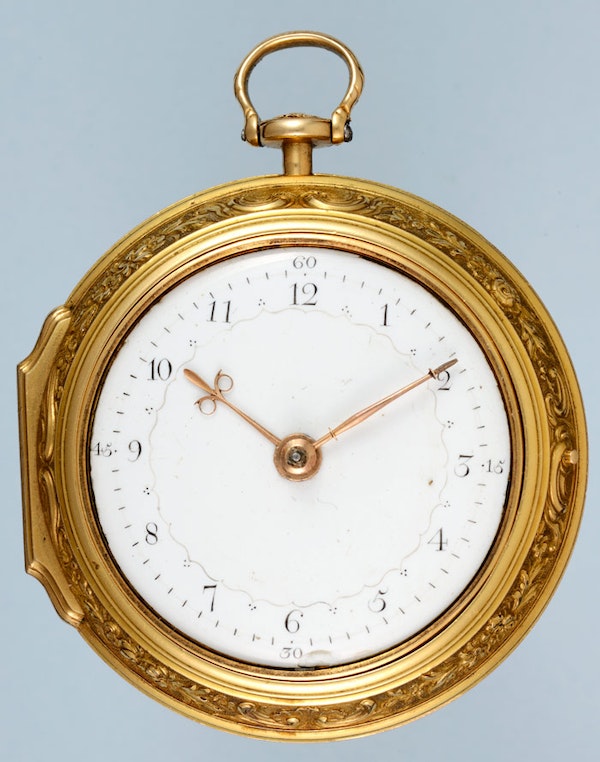 A fine and important watch. It is an early example of Moser's work made in the same year as a case made for a repeating watch by Graham which Richard Edgcumbe lists as No. 4. The scene appears to be a visualisation of a passage from Isaiah chapter 11 which is thought to be the origin of the phrase “The lion and lamb shall lay down together”.
“The wolf also shall dwell with the lamb, and the leopard shall lie down with the kid; and the calf and the young lion and the fatling together; and a little child shall lead them. And the cow and the bear shall feed; their young ones shall lie down together: and the lion shall eat straw like the ox.“

George Michael Moser was born in Schaffhausen on January 17, 1706. He studied chasing and gilding under his father Michael, a coppersmith. He moved to London in 1726 and worked for John Valentine Haidt, goldsmith and watch chaser. By 1737 he was working on his own account at Craven Buildings off Drury Lane. In addition to chasing he also produced fine enamel cases of which only about twenty are known to survive. He designed the great seal of George III and painted enamel portraits of the royal children for Queen Charlotte. Moser continued to work at least until the late 1770's, and was active for the Royal Academy until the end of his life. On January 30, 1783, the “Gentleman's Magazine” reported that Moser “was followed to his grave in grand funeral pomp by all the capital artists, Sir Joshua Reynolds at their head as chief mourner, Sir William Chambers, etc. Ten mourning coaches, besides two gentlemen's coaches, were in the procession”. In The Art of the Gold Chaser in Eighteenth-Century London, Richard Edgcumbe devotes over 40 pages of text to Moser's work in addition to the many illustrations included. Unlike most of Moser's work this case graces the movement from a lesser known watchmaker. Other examples house movements by eminent watchmakers of the period such as Graham, Delander, Mudge, Ellicott and Vulliamy. It is also most unusual for the inner case to be engraved on a timepiece. Casemaker either Edward Bradshaw or Edward Branstone Bayley.