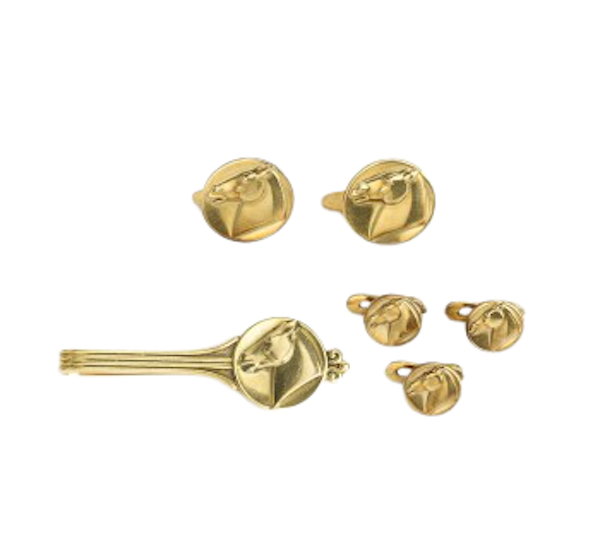 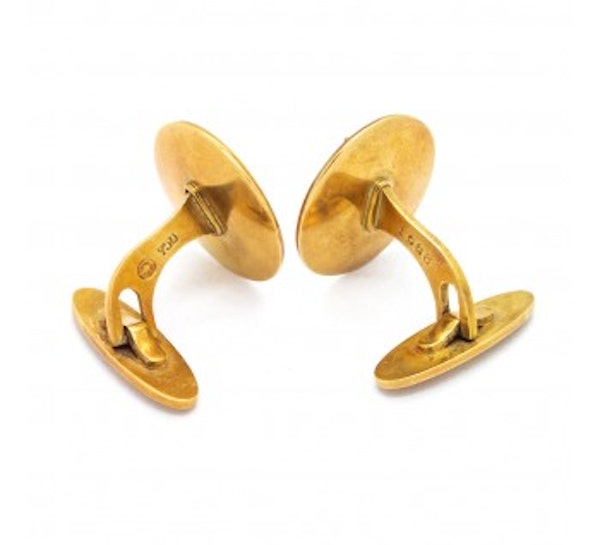 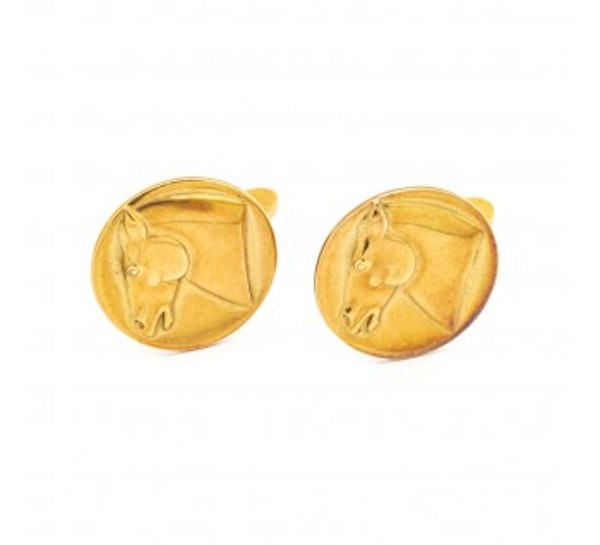 Arno Malinowski was successful as a silver designer and a sculptor, ceramist, engraver and medallist. He trained at the Royal Danish Academy of Fine Arts., School of Sculpture in Copenhagen from 1919 to 1922 and designed a series of statuettes depicting mythological characters from 1921 to 1935 for the Royal Danish Porcelain Manufacturer. He worked with the Georg Jensen Company from 1936 to 1944 and from 1949 to 1965 creating designs for jewellery and hollow ware. His jewellery often include detailed designs of animals such as the kneeling deer and two dolphin brooches. He also designed the "Kingmark" to celebrate the 70th birthday of King Christian X in 1940. The Kingmark was produced in great number and worn by Danes to show their loyalty to Denmark and their resistance to the German occupation. Malinowski also designed pieces of jewellery in iron rather than silver during the war years when the silver supply was limited. Malinowski is best known for his jewellery but also created hollow ware designs which often also incorporated the forms of stylised animals.

Malinowski participated in many exhibitions and won numerous awards for his designs. He received a silver medal at the Paris World Exhibition in 1925, the Eckersberg Medal in 1933 and the Carlson Prize in 1936.