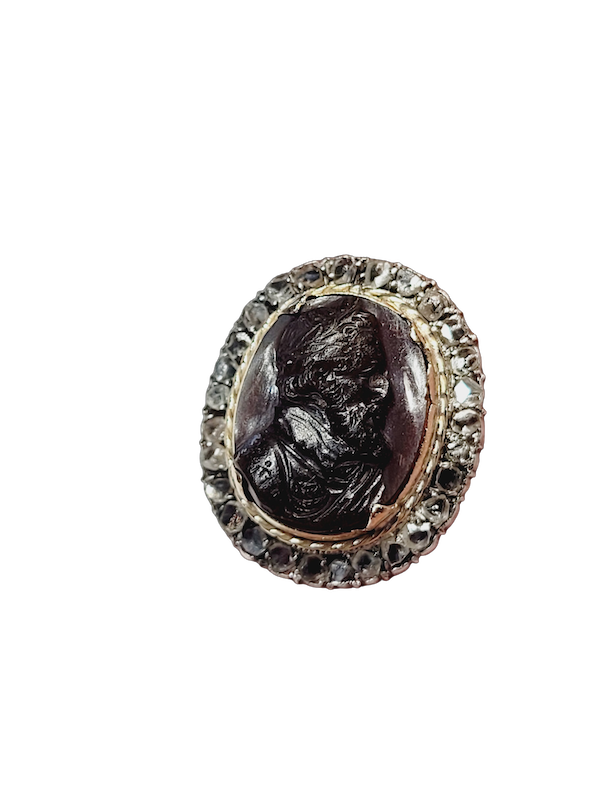 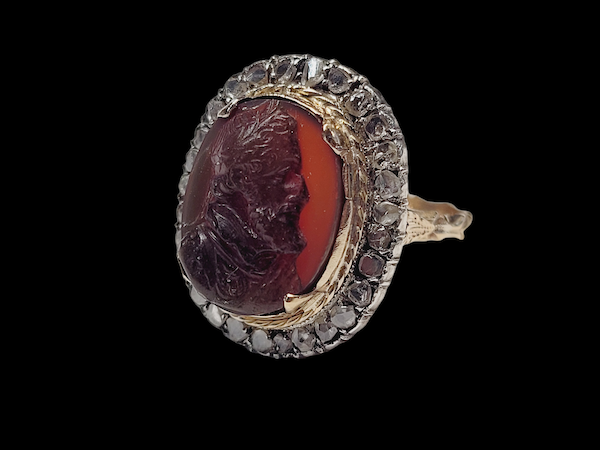 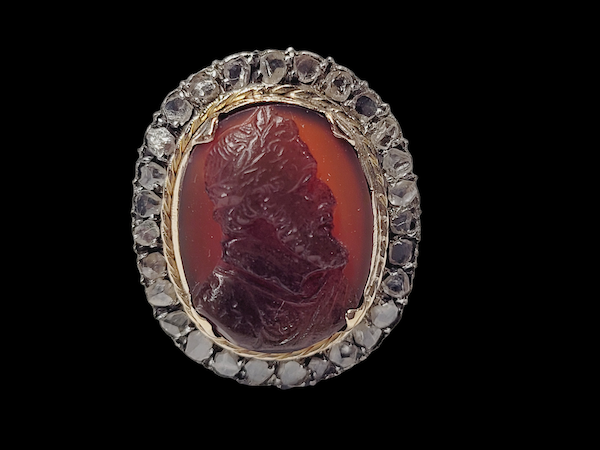 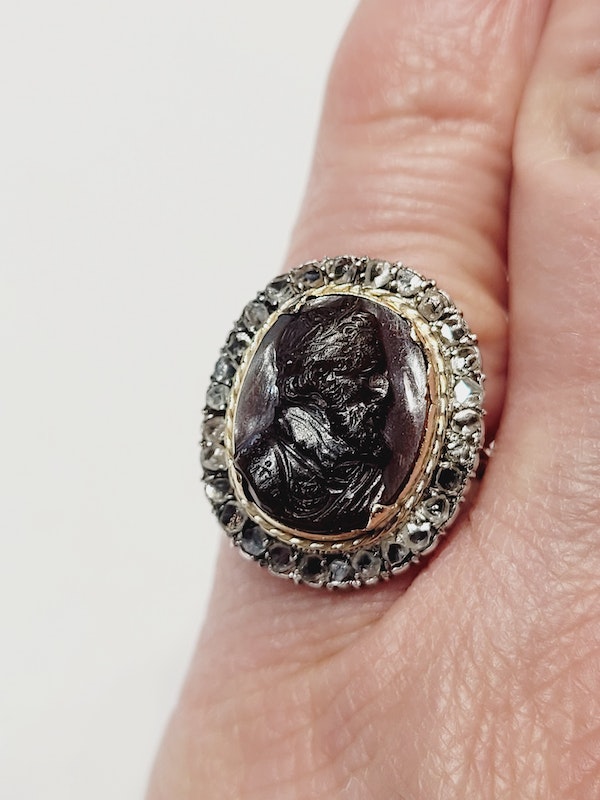 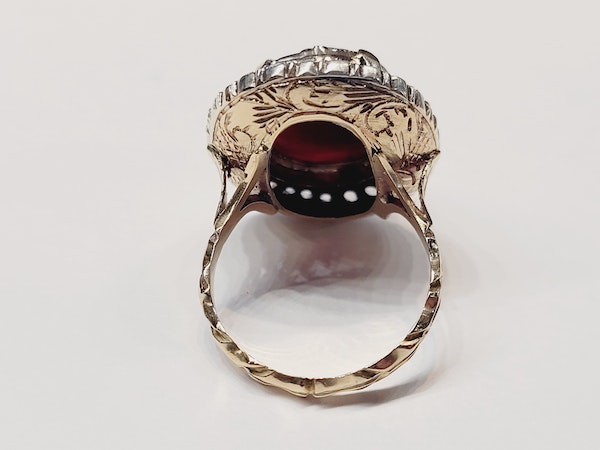 Henry Hastings was King of England and Ireland from November 7, 1562 until his death on December 14, 1595. Sometimes called the Puritan King, Hastings was the first monarch of House of Huntingdon.

Henry was the eldest son of Francis Hastings, Second Earl of Huntingdon, and Catherine Pole. Through his mother He was a member of the House of Plantagenet. He would study alongside fellow future King Edward VI. Francis was a political ally of John Dudley, First Duke of Northumberland, which led to a arranged marriage between Henry and Lady Katherine Dudley.

Following the death of Edward VI, Hastings would support Lady Jane Grey's claim to the throne which would lead to Henry being imprisoned for a short period in the Tower of London.
Head size 22.5mm x 19mm. Currently finger size N (U.S 6.75)

Antique Dealer DBGems Established in 2005, has earned a reputation for fine quality antique, vintage and modern jewellery. If you're looking to buy an antique engagement ring or an 18th century jewel we will be able to help!
www.dbgems.com

We are members of LAPADA