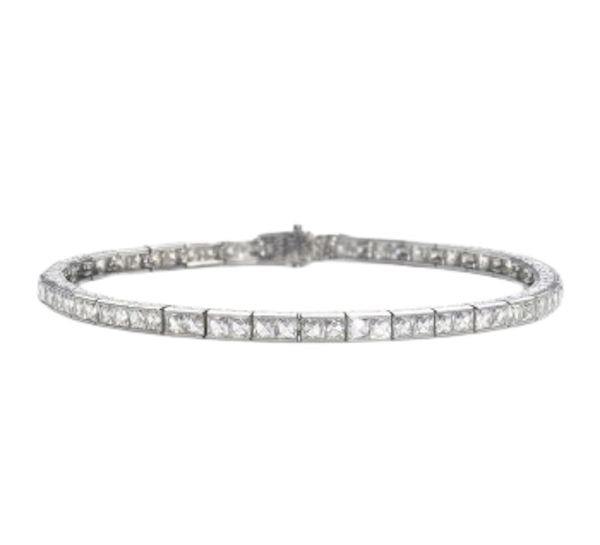 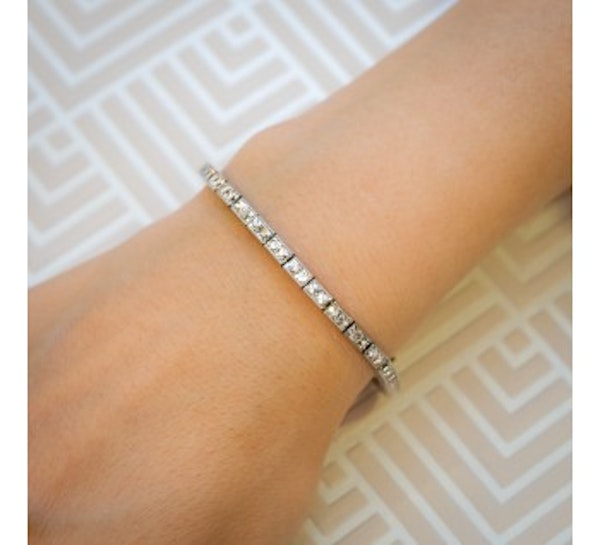 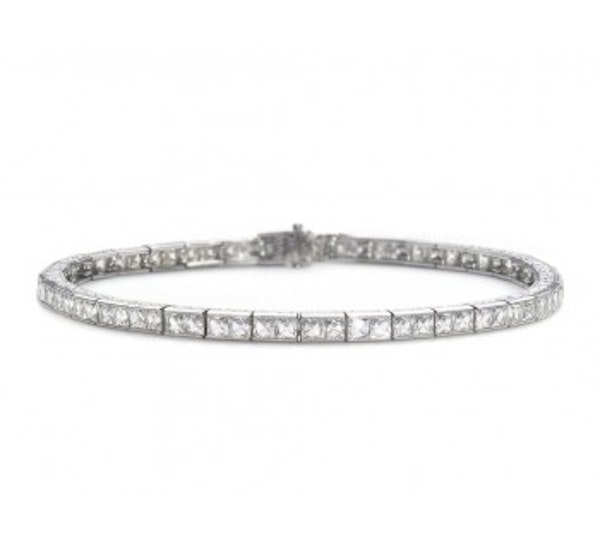 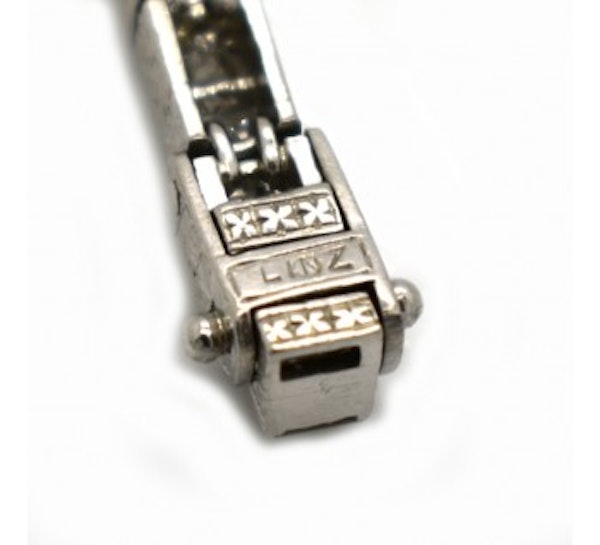 A Linz Brothers, Art Deco, diamond line bracelet, with French-cut diamonds, in channel settings, with two diamonds in each link, mounted in platinum, with millegrain edges and heavily scroll engraved sides. With an estimated total diamond weight of 7.50ct, signed Linz, USA, circa 1925.


Linz Brothers, grew from the efforts of five brothers. Joseph and Elias Linz, of St. Louis, opened the firm of Joseph Linz and Brother, in Denison, in October, 1877. Joseph had followed the railroad to Denison, in the 1870s, when he worked as a watchmaker, repairing watches for the conductors, on the Missouri, Kansas and Texas Railroad. Simon, the second oldest Linz brother, joined the Denison store, and two years later they moved to Sherman. In 1877, Joseph Linz left his home in St. Louis and arrived in Denison, Texas, where he went to ranchers' homes to sell diamonds. Ben Linz joined the firm in 1882, becoming a partner, in 1897. When Elias died in 1883, his interest in the partnership was taken by Simon. In 1884 Albert Linz joined the firm and in 1890 became a partner. In 1891 the firm moved to Dallas, taking quarters in the old Thomas Building, on Main Street; moving to the Cockrell Building, in 1895 and in 1899, to the seven-story Linz Building. Joseph and Simon directed retail operations, Ben managed the wholesale department, and Albert pioneered a travelling sales division, that did quite well, during the Great Depression. Joseph Linz retired in 1907 and the firm’s name was changed to Linz Brothers. The partnership was incorporated in 1922. Simon became president. He had two children, Clifton Meier Linz, who later became president of Linz Jewelers and Bernice, who married Asher M. Kahn of Gainesville, Texas, who also later became president of Linz Jewelers. Linz Brothers was purchased by the Gordon brothers, of Houston, in the 1980s. Zale Jewelry bought Gordon’s in 1989. In the early 1990s four stores were operating in Dallas under the Linz Brothers logo.