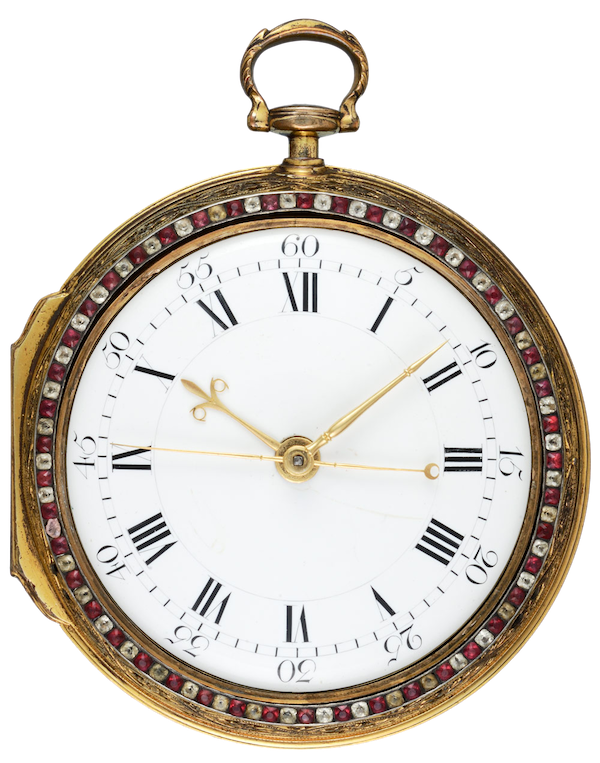 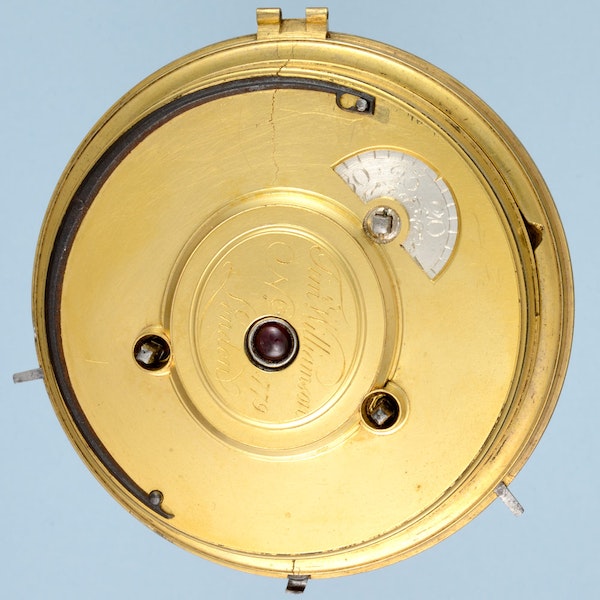 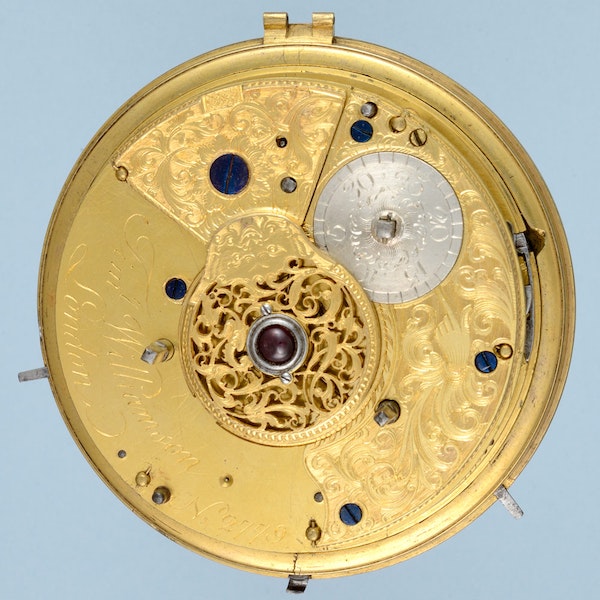 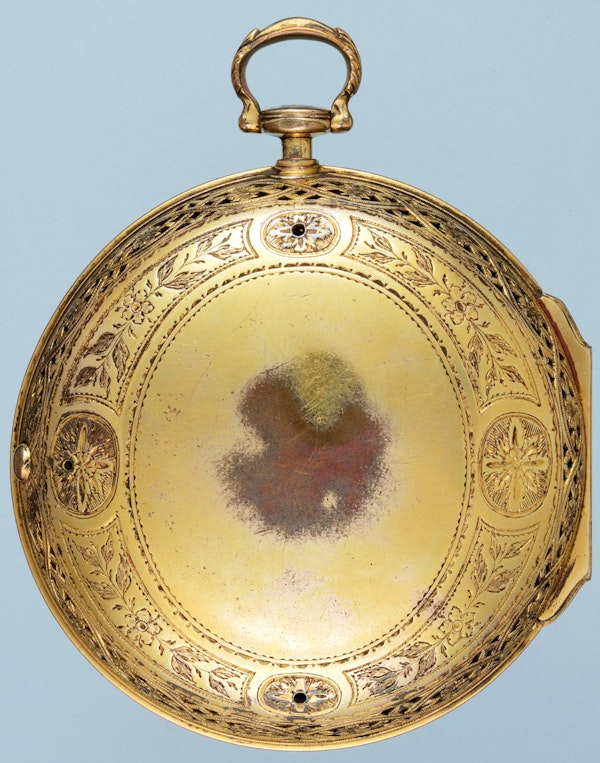 An impressive English coachwatch made for the Chinese market. Timothy Williamson, 1769 – 88. A musical centre seconds watch made for the Emperor of Chine is in the Carnegie Museum. A number of clocks by him with music and automaton are held in the Palace Museum, Beijing. See a cylinder watch given to this maker by William Hughes in 1786, item A10442.