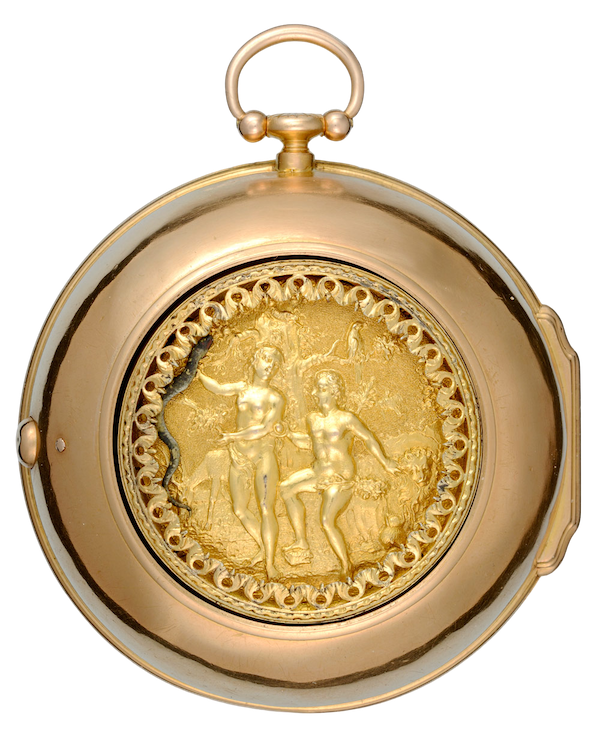 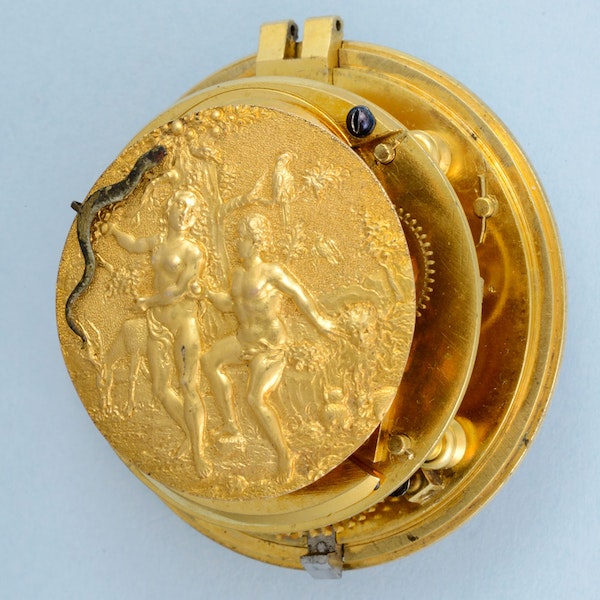 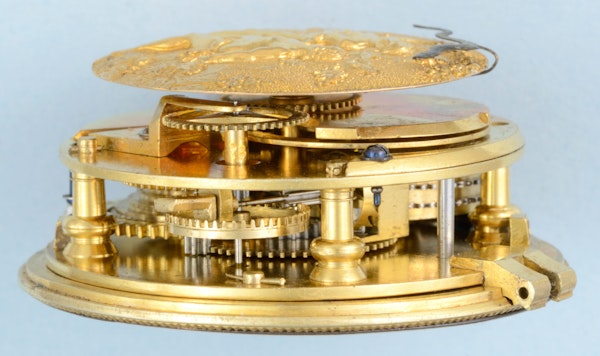 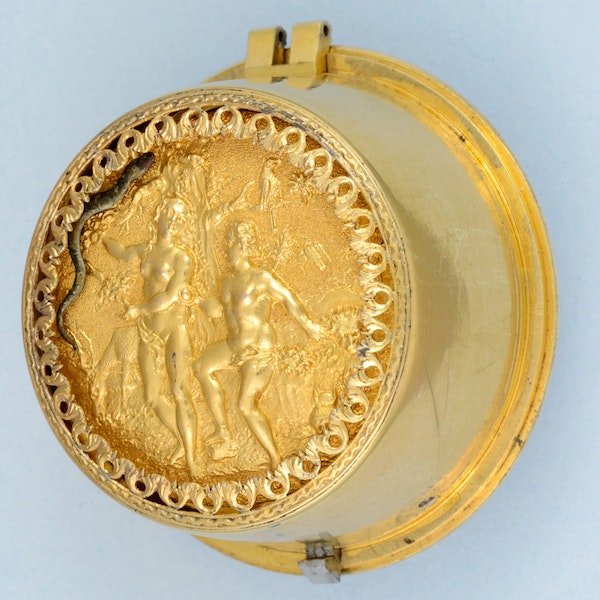 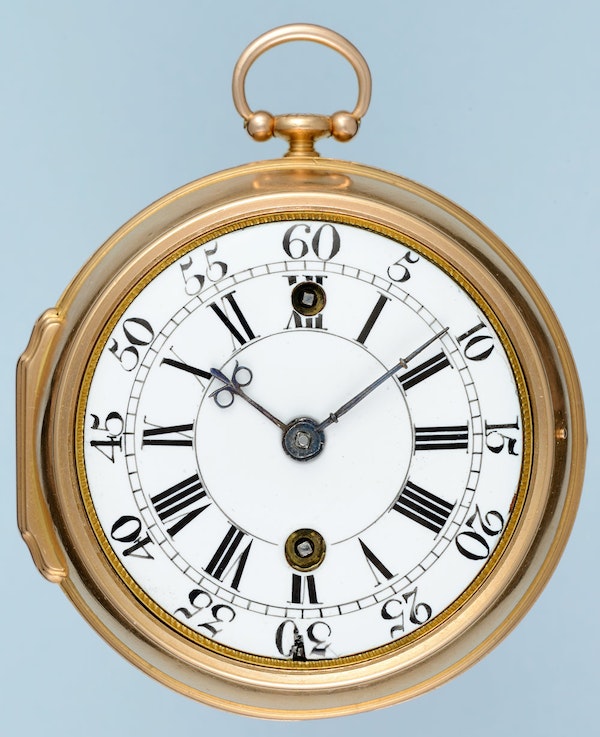 A fine and rare 18th Century English verge with automated scene in a gold consular case. Deep full plate fire gilt movement with gilt dust ring. Turned baluster pillars, fusee and chain with worm and wheel barrel setup between the plates. The winged cock and regulator plate left plain, being neither pierced or engraved. Plain gilt balance. A central stalk supports the scene and carries a wheel which is driven by another mounted on the contrate wheel arbor. Fine white enamel dial with apertures for winding and regulation of the watch. Roman and Arabic numerals, blue steel beetle and poker hands. Plain gold consular case, maker's mark “IB”. A glazed aperture on the back reveals a gold chased and engraved repousse scene depicting Eve offering Adam the apple in the Garden of Eden. A snake circles the scene as the watch runs, its support hidden under the pierced and engraved border of the dust cover.

A rare watch in excellent overall condition. Surprisingly the specially designed movement is not signed and the maker has not decorated the cock as it remains concealed under the dust ring which is secured by two screws