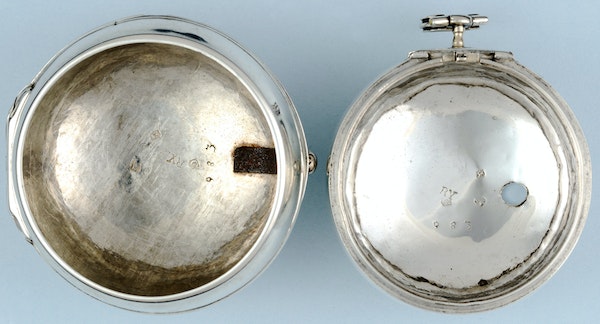 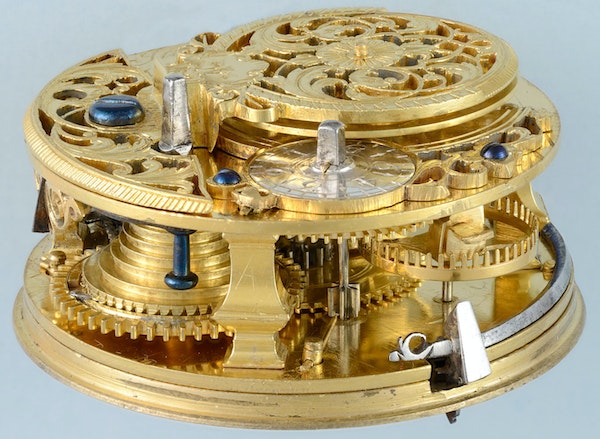 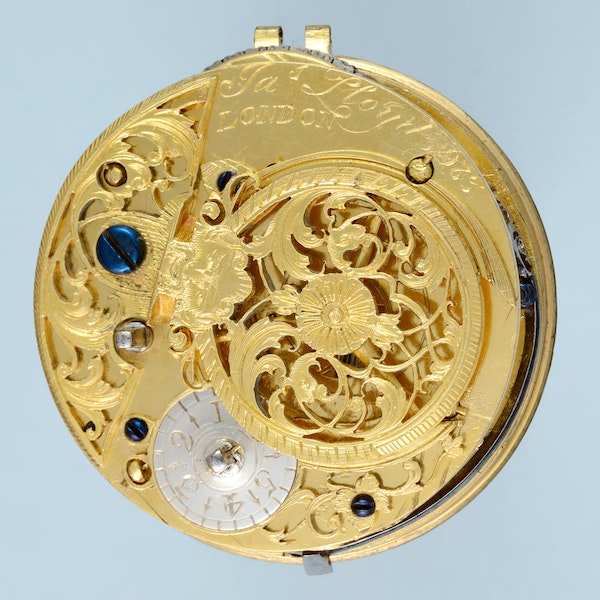 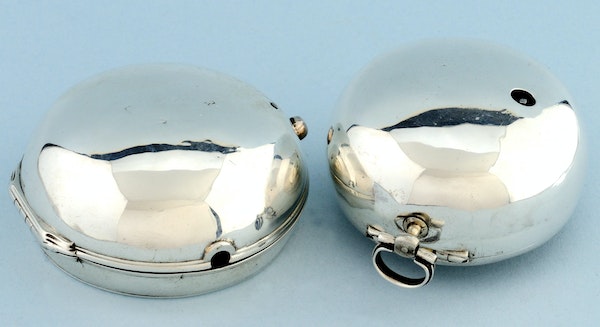 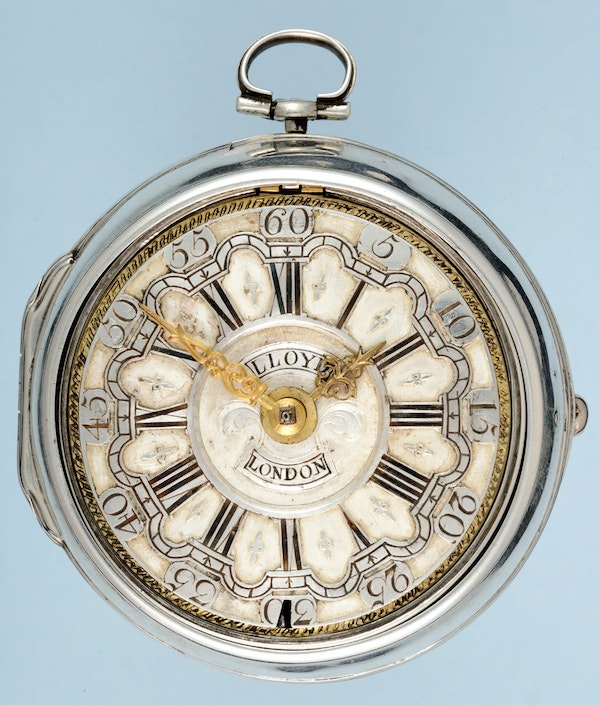 The cases of this watch are very unusual in bearing the earliest standard silver hallmark on a watchcase. Until the plate offences act came into force in 1739 small articles of silver were not required to be assayed. In Philip Priestley's recent book, British Watchcase Gold and Silver Marks 1670 – 1970, he gives the earliest hallmarked sterling silver watchcase as being Graham number 5863. This case was made by John Ward and bears the London date letter for the year 1739/40. The marks are of even greater interest as the same publication lists the casemaker as: Ralph Yeomans, a watchcase maker at Mr. Lloyds, a watchmaker in West Smithfields near Crowe Laine. James Lloyd, son of James Lloyd, apprenticed 1713, free of the Clockmakers Company 1722, died 1764.