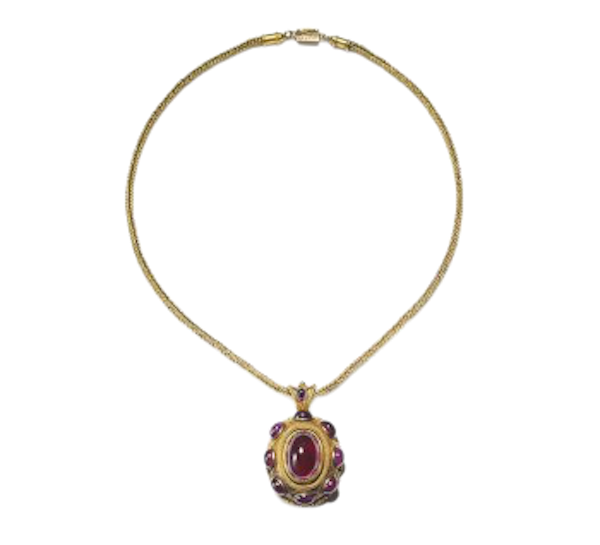 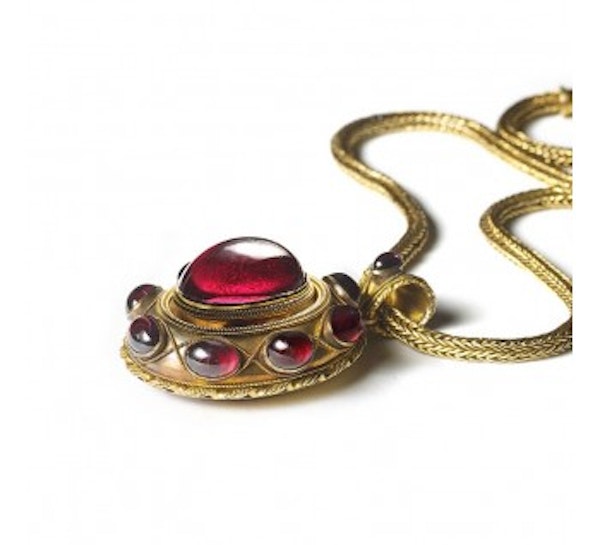 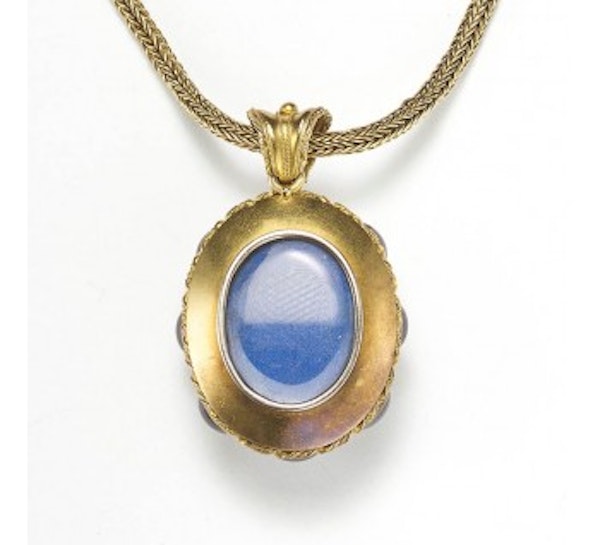 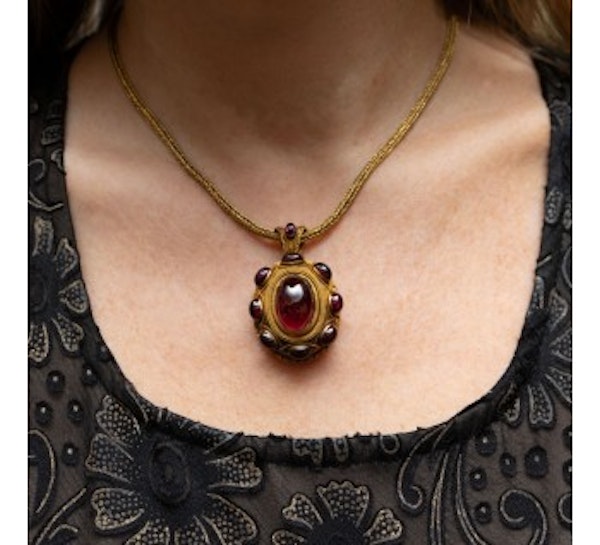 A Victorian, Hellenistic style, garnet pendant, with an oval, cabochon-cut garnet set in the centre, in a rub over setting with a twisted wire surround, in a recessed mount, with a gap between the garnet surround, set with eight, cabochon-cut garnets, with intertwining and surrounding Hellenistic style wirework decoration. The plain back has an inventory mark, numbered 2531, with a glass picture locket, with blue fabric backing. The pendant is on a loop-in-loop chain, with gold terminals and a box clasp, engraved with a flower, circa 1875.

Edwardian Sapphire and Diamond Bracelet, Circa 1910