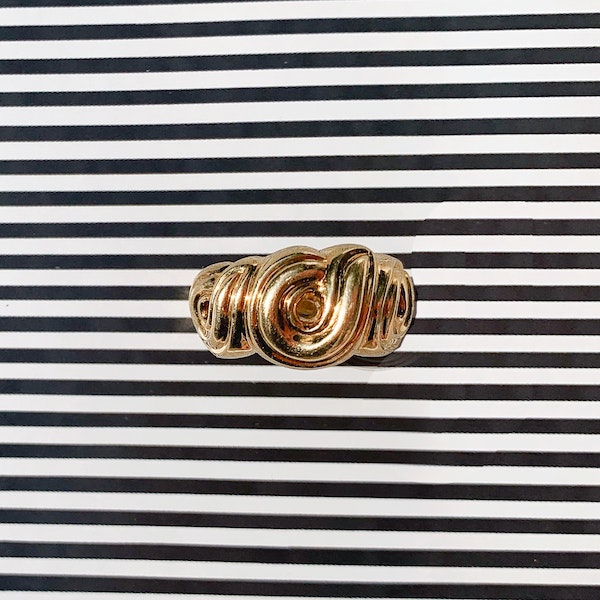 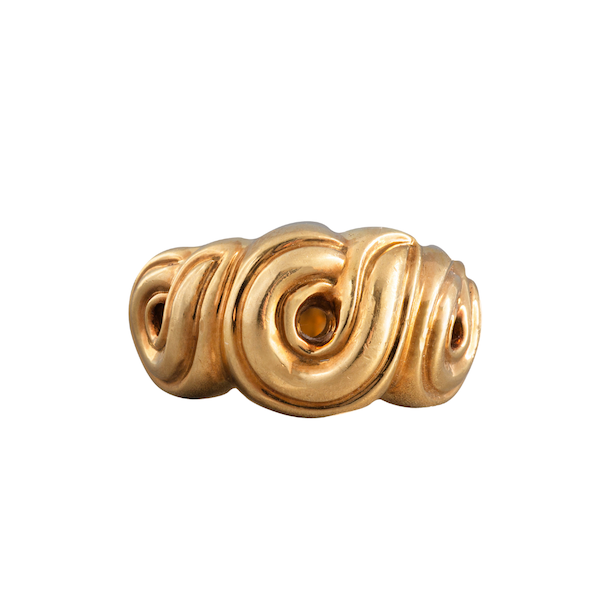 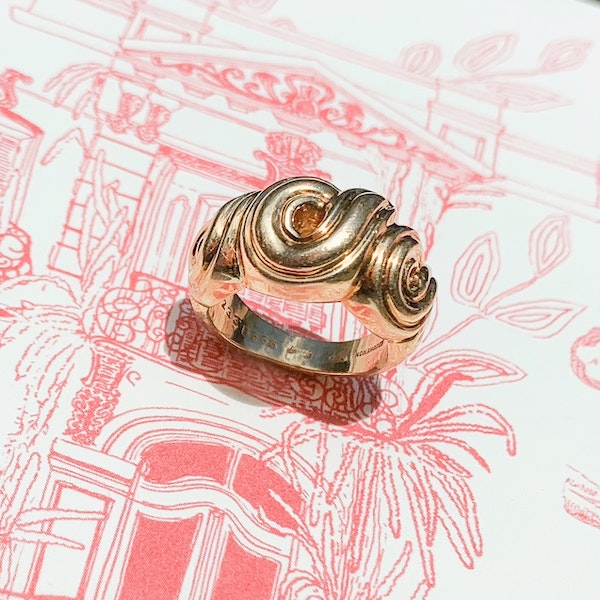 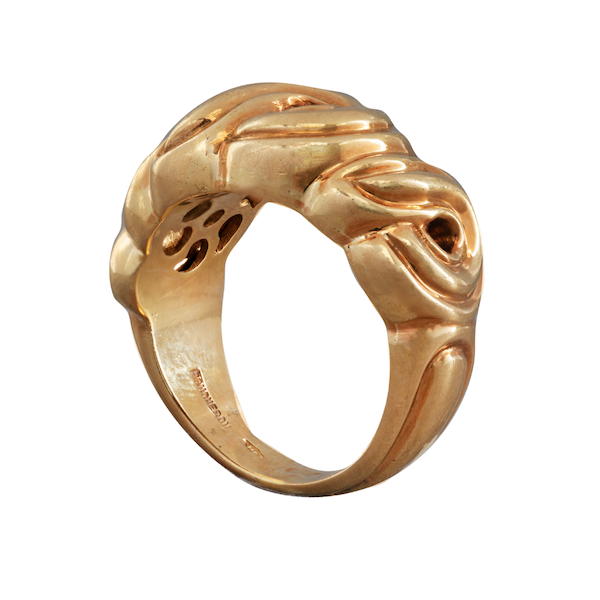 A very stylish ring made by the well-known firm Boucheron circa 1970. It has a wonderful wavy design and is a lovely example of Boucheron.

The House of Boucheron is a French family dynasty founded by Frederic Boucheron in 1858, during the heyday of the Second French Empire. He created his atelier in 1866 and a year later won the Gold Medal during the Exposition Universelle in 1867.


In 1893, Frédéric Boucheron became the first jeweller to move to Place Vendôme. Legend has it that he chose 26 Place Vendôme, where Boucheron remains to this day because it was the sunniest corner of the square. He believed that the diamonds in the windows would sparkle all the more brilliantly.

A family run business founded in 1976 specialising in the sourcing of rare and beautifully designed antique jewellery from Georgian, Edwardian and Art Deco eras. More recently we have been carefully selecting unusual pieces from the 50s, 60s, 70s, 80s and even the 90s. Members of Lapada and Cinoa.

A 1970s Jaguar Bangle with Ruby Eyes and Diamond Whiskers

A pair of Russian Gold and Diamond Earrings by Khlebnikov

A pair of Emerald Cobachon and Natural Pearl Drop Earrings

A Necklace of Agate Beads with Rock Crystal Dragon Hook