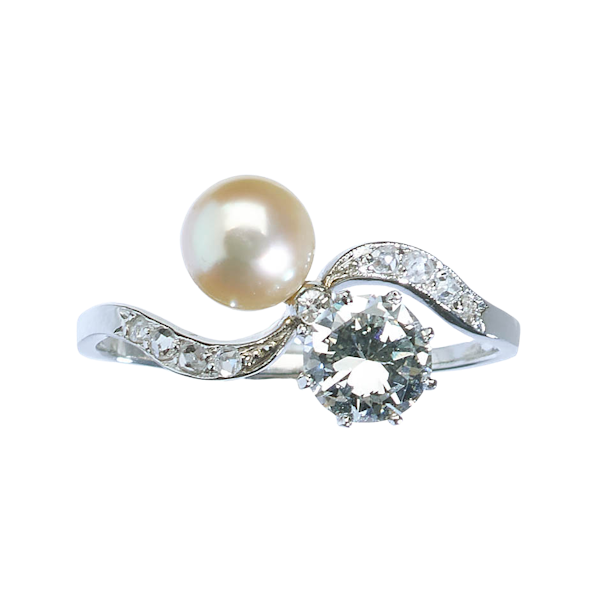 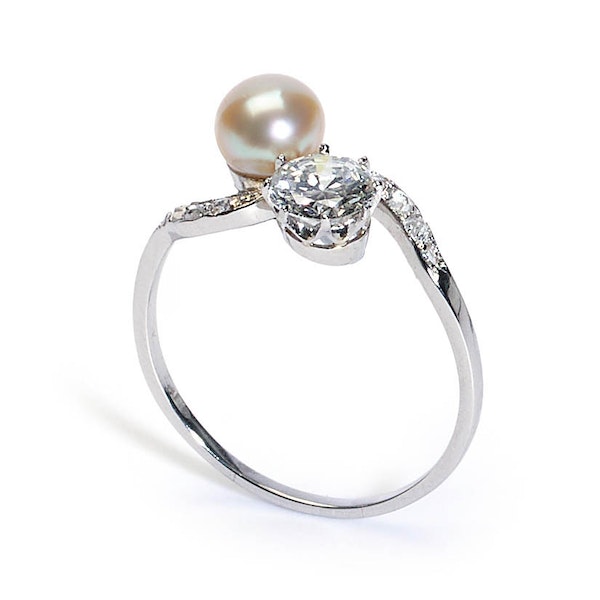 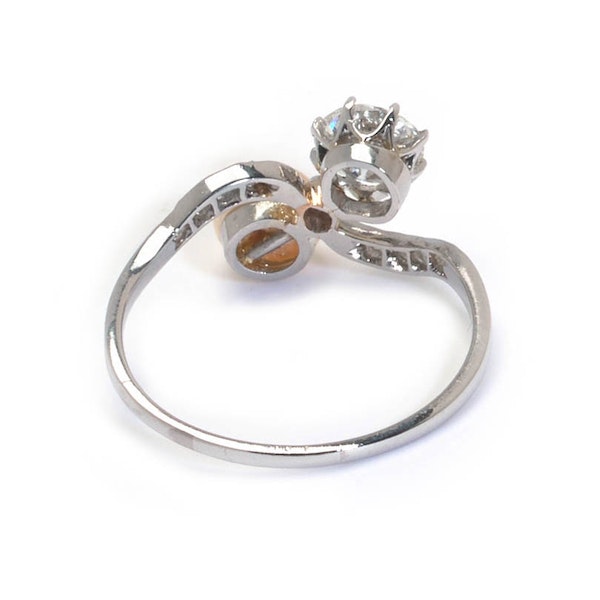 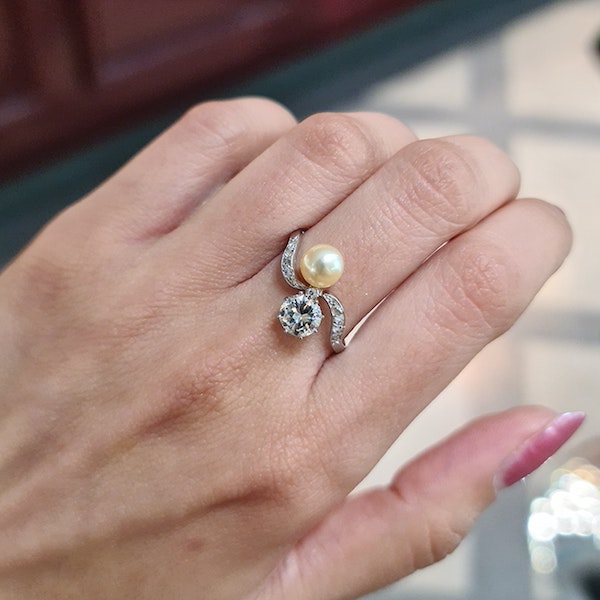 An early twentieth century pearl and diamond, two stone crossover ring, set with a round brilliant-cut diamond, weighing approximately 0.78 carat, in an eight claw crown setting and a natural golden pearl, spaced by an eight-cut diamond, weighing approximately 0.02 carat, in a rub over setting, with curving shoulders, each pavé set with four small rose-cut diamonds, with a total weight of approximately 0.08 carat, mounted in platinum, with a French, bearded man, mark, for platinum items that are second hand and either made in France and marked at a later date or imported, circa 1935.

Antique Diamond Silver And Gold Necklace And Earrings Suite, Circa 1880

A Gold Snake Ring with Diamond and Ruby Eyes