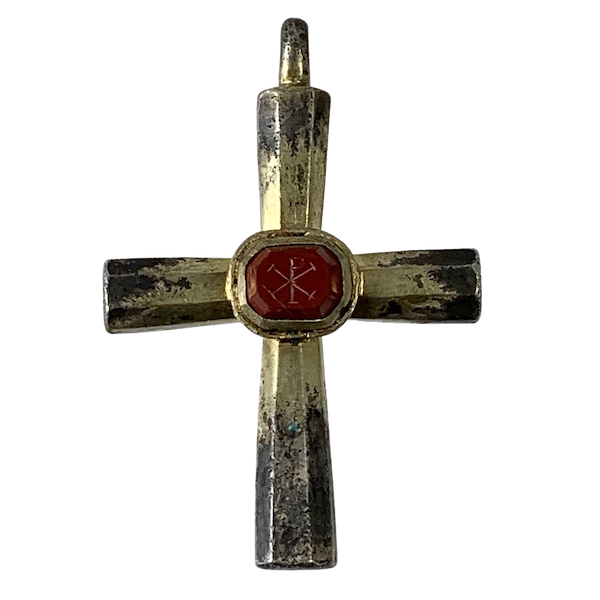 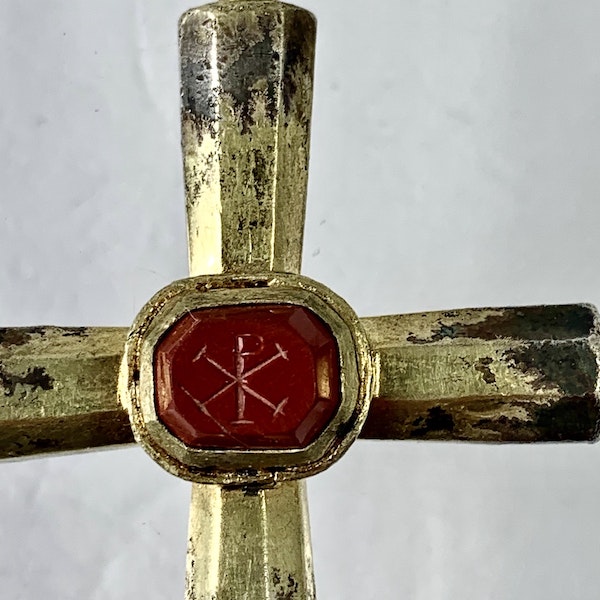 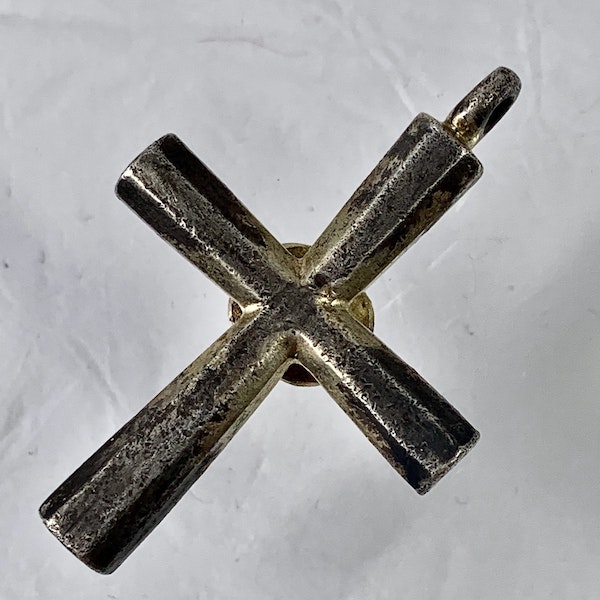 Cast silver Byzantine cross with remains of fire gilding. The middle is set with a carved jasper Chi-Rho
The Chi Rho (/ˈkaɪ ˈroʊ/; also known as chrismon[1]) is one of the earliest forms of christogram, formed by superimposing the first two (capital) letters—chi and rho (ΧΡ)—of the Greek word ΧΡΙΣΤΟΣ (Christos) in such a way that the vertical stroke of the rho intersects the center of the chi.[2]
The Chi-Rho symbol was used by the Roman Emperor Constantine I (r. 306–337) as part of a military standard (vexillum). Constantine’s standard was known as the Labarum. Early symbols similar to the Chi Rho were the Staurogram (Christliche Symbolik (Menzel) I 193 2.jpg) and the IX monogram (Christliche Symbolik (Menzel) I 193 4.jpg).
Measurements : 55 x 38 mm