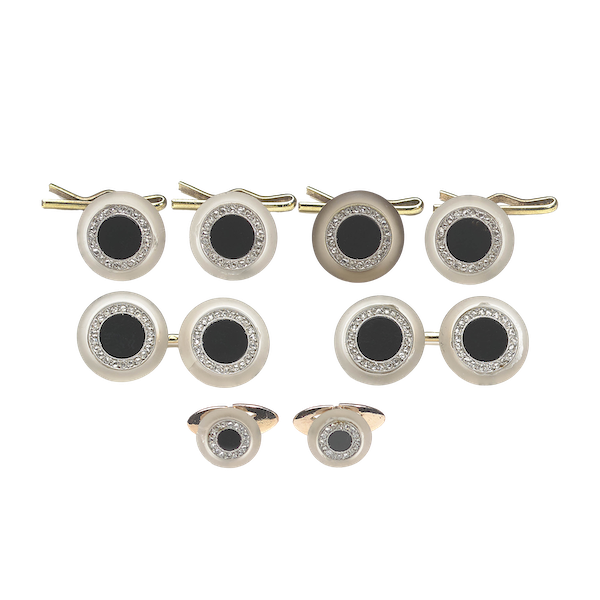 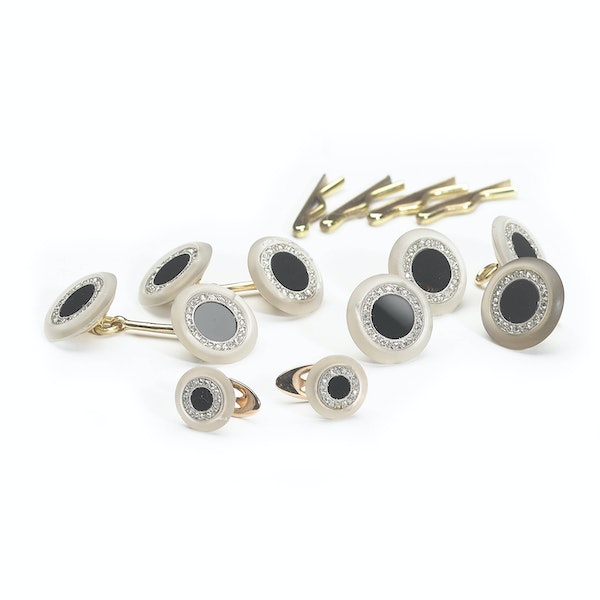 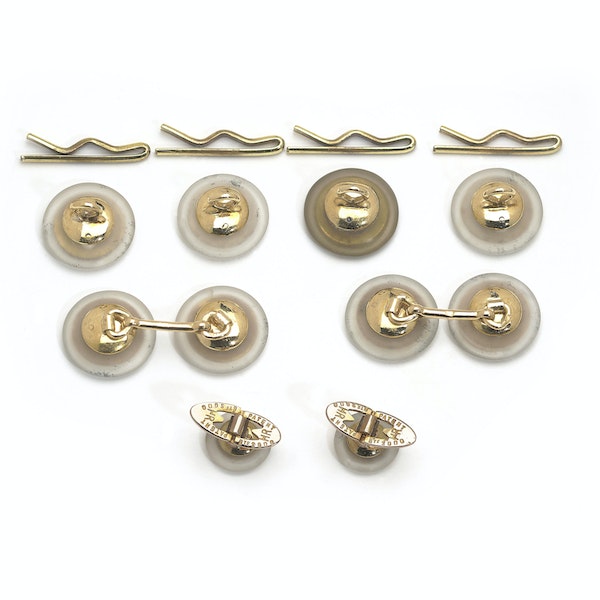 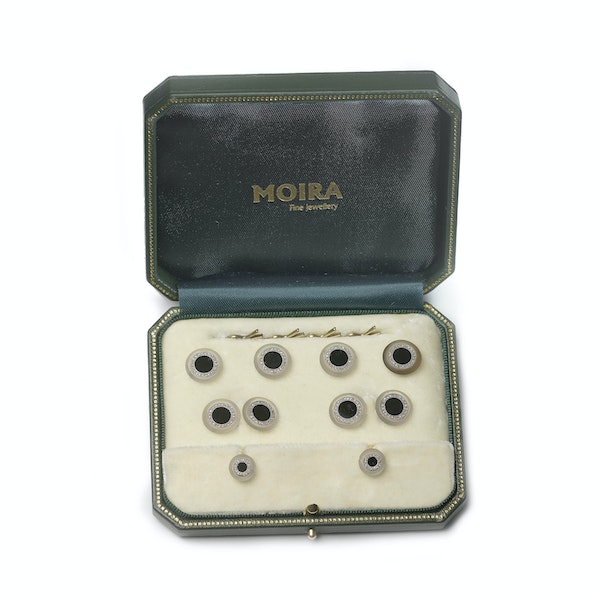 A French, Art Deco, black onyx, diamond, frosted rock crystal and gold dress-set, by Georges Thibault, with flat circular black onyx centres, surrounded by rose-cut diamonds, in platinum, millegrain edged, pavé settings, with frosted rock crystal borders. The pair of cufflinks has bar fittings. The pair of collar studs has hinged fittings, marked HR, patent Bte SGDG. The four buttons have simple loops for the split pin fittings. Each piece is marked with French eagle marks for 18ct gold and maker's marks, except for the button fittings, which are not gold and are probably plated brass, circa 1925.

Georges Adolphe Thibault was a French jeweller, based in Paris. His maker’s mark was GT, surmounted by a horizontal arrow. He was first recorded, in 1883, in "Le Siècle", (("The Age") a daily newspaper, published from 1836 to 1932 in France). Until 1901 his address was 18 rue de la Sourdière, in the 1st arrondissement of Paris, near the church of Saint Roch. Later in 1901, he moved to 101 rue Réaumur, a district where many manufacturing jewellers settled. The GT maker’s mark was registered on 17th February, 1914, although he must have had another mark before this, because he was working prior to 1914. In 1924, the newspaper "Le Petit Parisien" announced the death of his mother. He was producing fine jewellery, in the Art Deco style, in the 1920s. He worked for Boucheron and it is likely that he made items for Lacloche frères. He was so highly regarded by fellow jewellers that Monsieur Boucheron sent his son, Frederik, as an apprentice to the Thibault workshop, in 1928. Georges Thibault’s maker’s mark was deleted on 19th December, 1932. Like many of the talented fine manufacturing jewellers of the time, there is very little written information about him. Vever did not write about him and there are no advertisements. Hopefully, in future, those fine craftspeople, who supplied the great jewellery houses, will gain the recognition they deserve.

With thanks to https://richardcourrierdeslecteurs.blogspot.com/ and Christies. Translation Google and C. A. Frost

Victorian Diamond and Silver-Upon-Gold Brooch, Circa 1875

Silver Necklace by David Andersen date circa 1960, Lilly's Attic since 2001