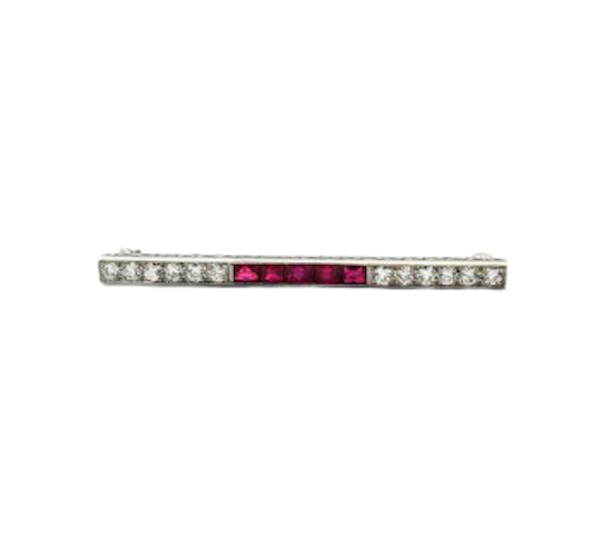 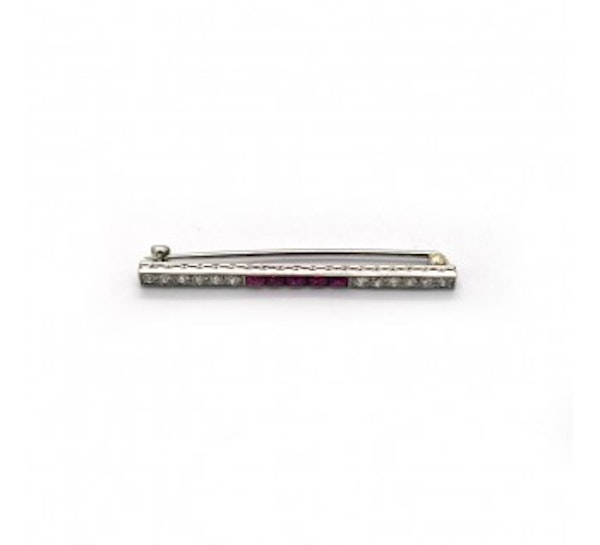 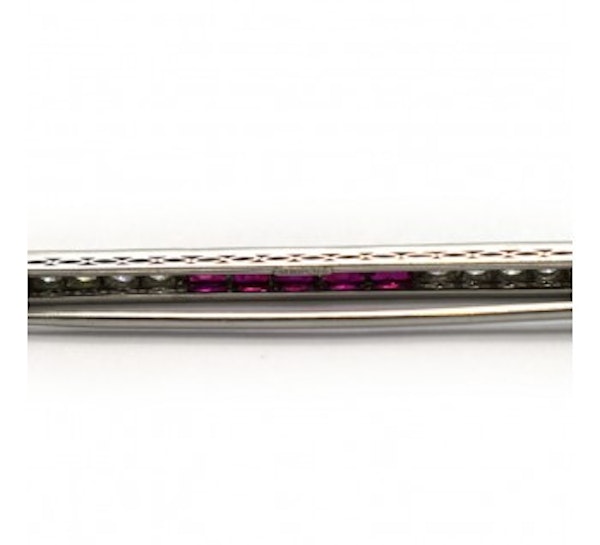 An Art Deco, ruby and diamond bar brooch, by Marcus, set with five, French-cut rubies in the centre, in channel settings, with six, Edwardian-cut diamonds either side in grain settings, mounted in platinum, with millegrain edges and a pierced navette gallery, signed Marcus, numbered, made in USA, circa 1925.

Marcus & Company was founded by William Elder Marcus. It was later joined by George Marcus and their father, Herman, a German-born former employee of Tiffany & Co., Herman was born in 1828 and started his career at the court jewellers Ellemeyer in Dresden, he moved to New York in 1850, firstly working with Tiffany & Co. and later with Ball, Black & Co. before forming a partnership with Theodore Starr in 1864, called Starr & Marcus, which lasted until 1877. He then returned to Tiffany & Co. He left for a second time in 1884 to join his son, William, in his business, Jacques & Marcus, which began as a partnership with George B. Jacques. The business changed its name to Marcus & Co. with the retirement of Jacques in 1892. It was located at 17th Street and Broadway in Manhattan. Herman Marcus remained working until his death in 1899, after which his two sons moved the business further ‘uptown’ to 544 Fifth Avenue and opened a silverware department alongside the jewellery showroom. They championed the use of lesser known gemstones. Herman's experience in Germany instilled an appreciation of European style and craftsmanship, which he passed on to his sons. George Marcus died in 1917. William was joined by his two sons, William Jr and Chapin, who ran the business when their father died in 1925. The company was sold to Gimbels 1941. It merged with Black, Starr & Frost in 1962.