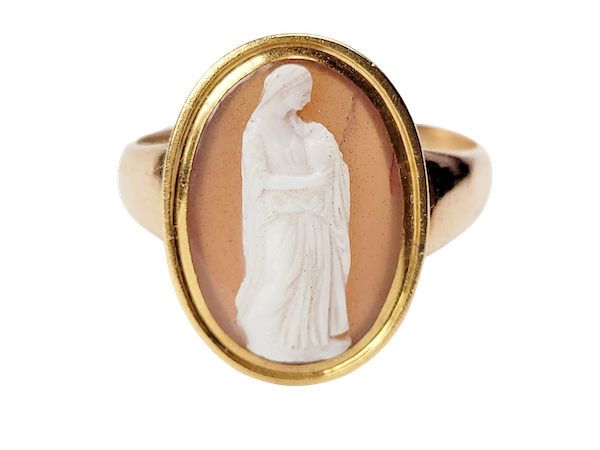 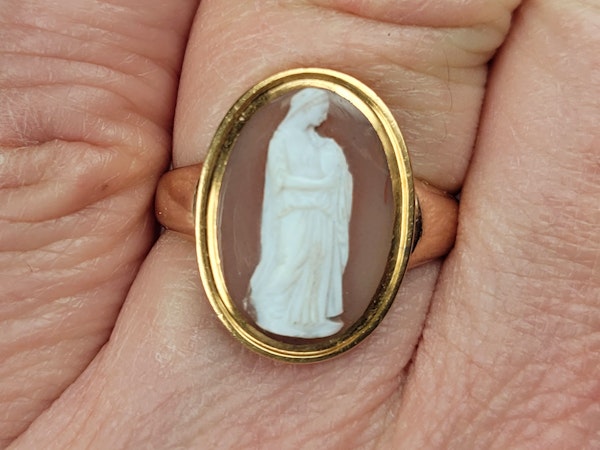 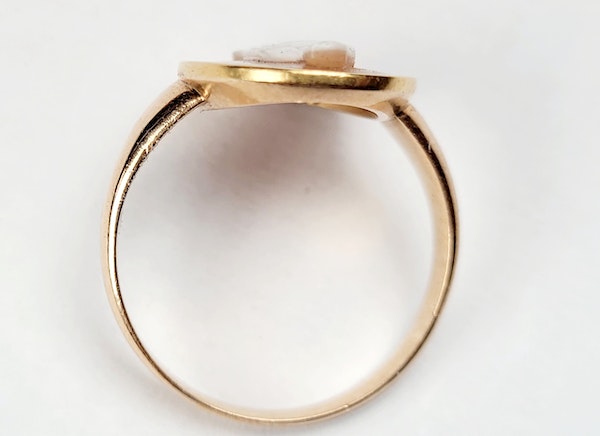 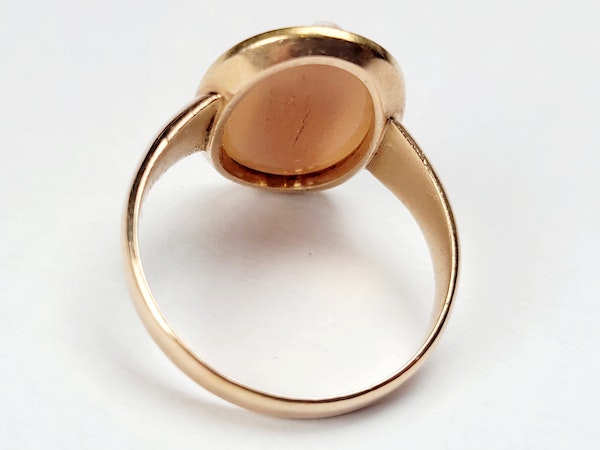 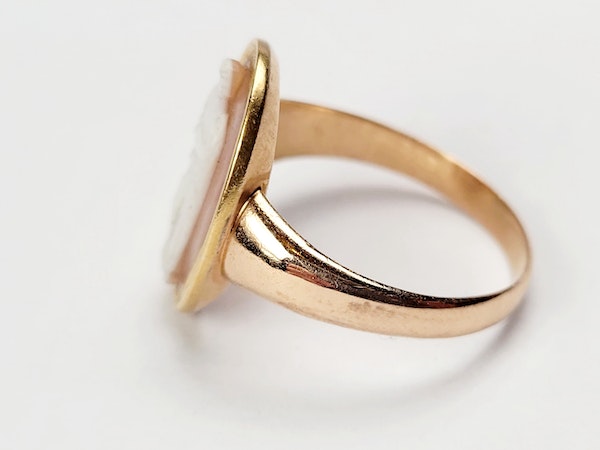 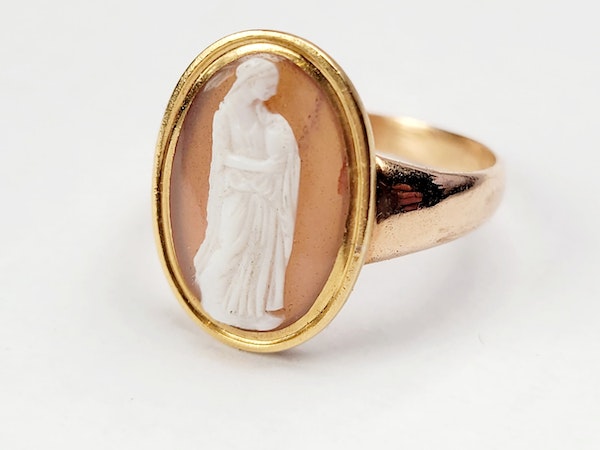 Regency banded agate cameo with a goddess holding an amphora, Roman set in 18ct gold. head size 18.7mm x 14mm. Currently finger size R 1/2 (U.S 9) Hebe was the cupbearer for the gods and goddesses of Mount Olympus, serving their nectar and ambrosia until she married Herakles (Roman equivalent: Hercules) Hebe was worshipped as the goddess of forgiveness or mercy at Sicyon. Hebe had influence over eternal youth and the ability to restore youth to mortals, a power that appears exclusive to her, as in Ovid's Metamorphoses, some gods lament their favoured mortals aging.

Antique Dealer DBGems Established in 2005, has earned a reputation for fine quality antique, vintage and modern jewellery. If you're looking to buy an antique engagement ring or an 18th century jewel we will be able to help!
www.dbgems.com

We are members of LAPADA

Labradorite Ring in Silver date circa 1980, Lilly's Attic since 2001