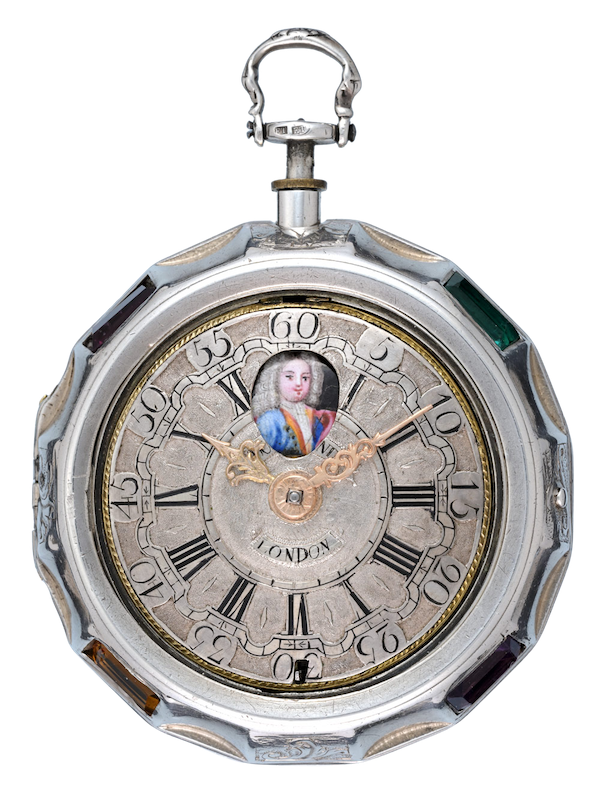 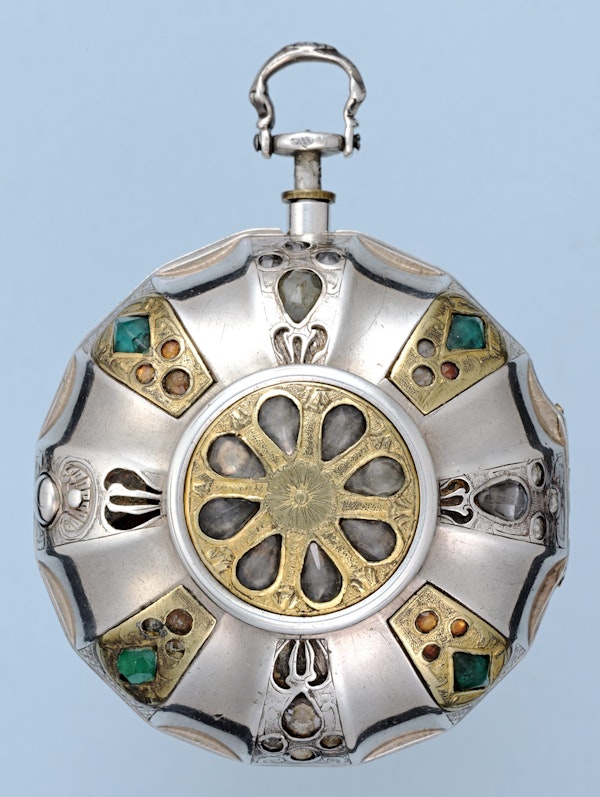 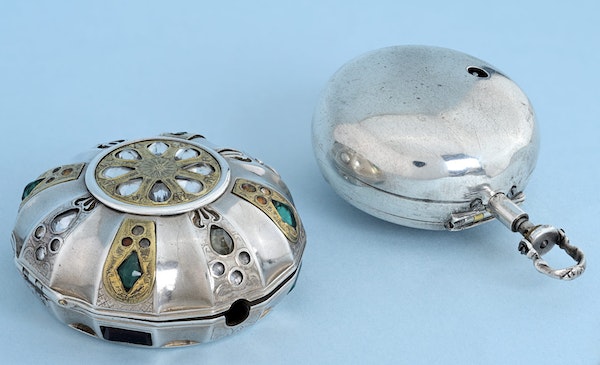 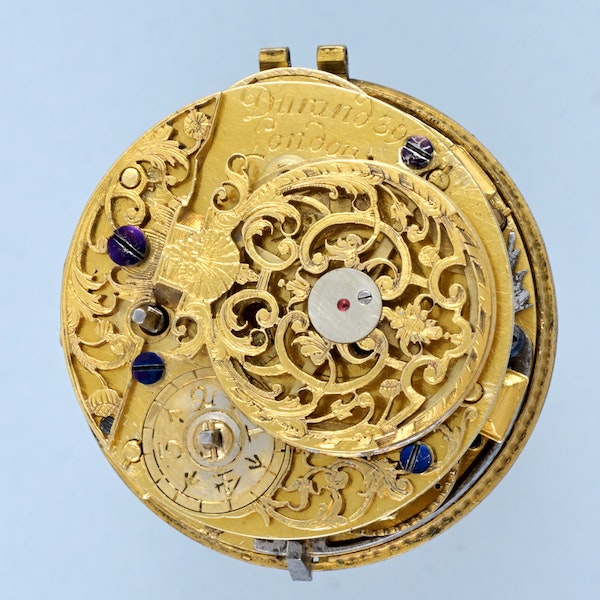 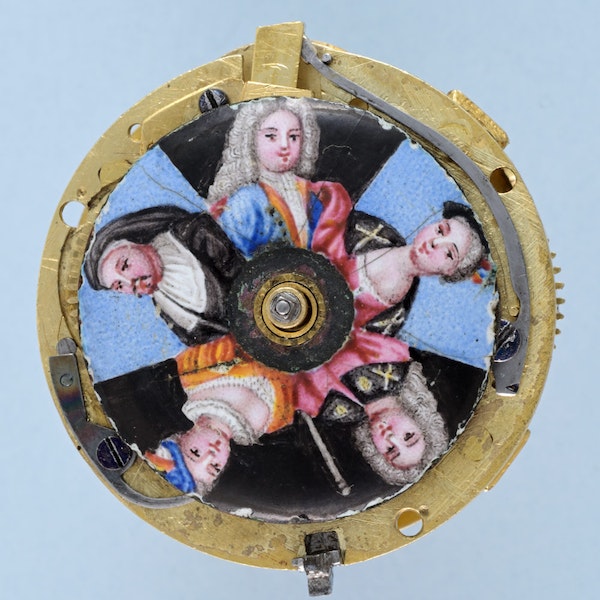 A rare early 18th Century verge, silver champleve dial with an aperture revealing a rotating enamel disc in unusual decorative silver pair cases. Deep full plate fire gilt fusee movement with square baluster pillars. Pierced and engraved winged cock, later garnet endstone, pierced and engraved foot and plate for the silver regulator disc. Plain four arm gilt balance. Signed silver champleve dial with arcaded minute ring, Roman and Arabic numerals, pierced gilt hands. Between the numerals eleven and one an aperture through which can be seen a section of a polychrome enamel disc. This disc has five separate portraits which are changed by depressing and releasing the push pendant. Plain silver inner case with two makers marks “IPB” below a crown and “GP” below a sword, silver push pendant and stirrup bow. Rare and attractive outer case formed of 16 scolloped panels set with coloured gem stones and rock crystal. The centre and four of the panels in the back in engraved gilt metal.

A rare and interesting watch. The aperture for the polychrome enamel portraits did not leave enough room for the full signature which has its middle two characters omitted. The outer is very unusual for the period appearing to be modelled on rare examples from a hundred years earlier.