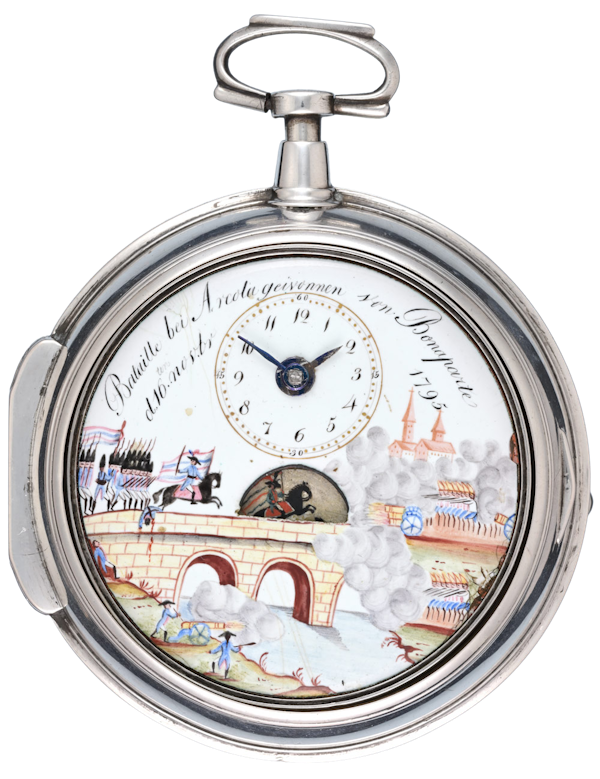 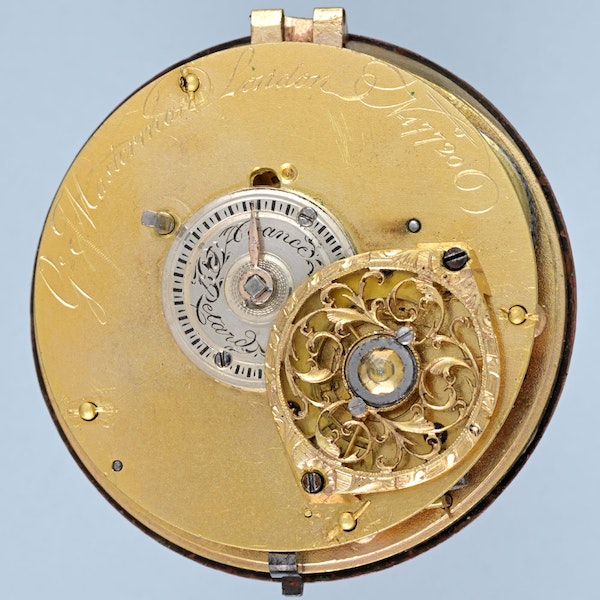 A rare late 18th Century verge automaton depicting the battle of Arcola in a silver pair cases. Full plate gilt fusee movement. Finely pierced and engraved bridge cock with endstone in a polished steel setting, plain three arm gilt balance with blue steel spiral hairspring. Silver regulator dial with gilt indicator. White enamel dial, small subsidiary of Arabic numerals, blue steel hands. The lower half of the dial in polychrome enamel depicting the battle of Arcola. Napoleon on the left bearing a flag, riding a black horse onto the bridge followed by his troops. On the right Croatian and Austrian forces firing cannon. In the centre of the bridge a semi-circular opening reveals a rotating disc painted with cavalry riders appearing to charge across the bridge as the watch runs. Above the scene the text “Bataille bei Arcola gewonnen von Bonaparte – d16ten Novbr 1795”. Matching silver pair cases, silver pendant and bow, the inner only bearing faded hallmarks.


A rare watch in fine condition. It is unusual to find scenes on watches depicting precise historical events. The battle took place in Italy during November 1795. On the 16th, frustrated at the inability of his forces to take Arcole, Napoleon is said to have seized a tricolour and led Augereau's forces forward for a new and ultimately successful assault on the bridge of Arcole over the Alpone River. Although signed and hallmarked London the watch is almost certainly French in origin