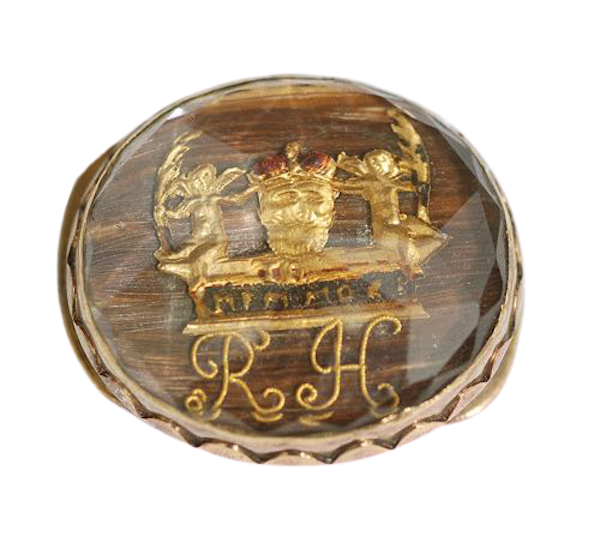 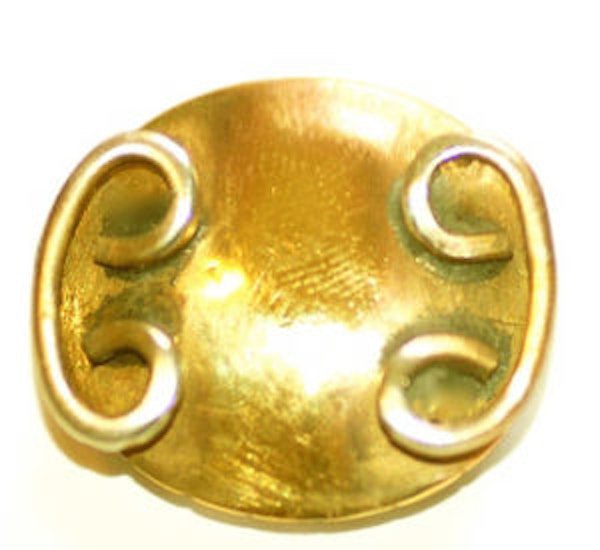 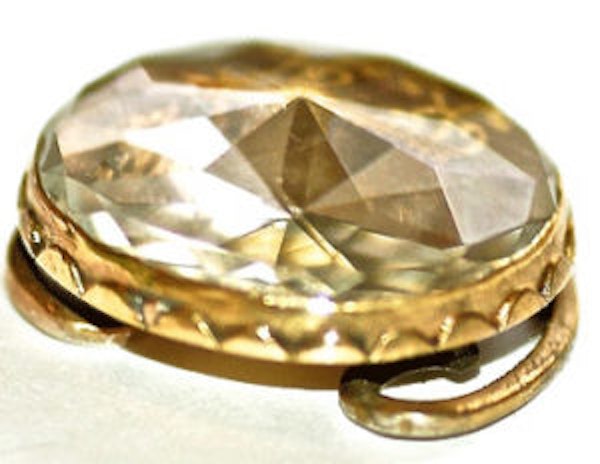 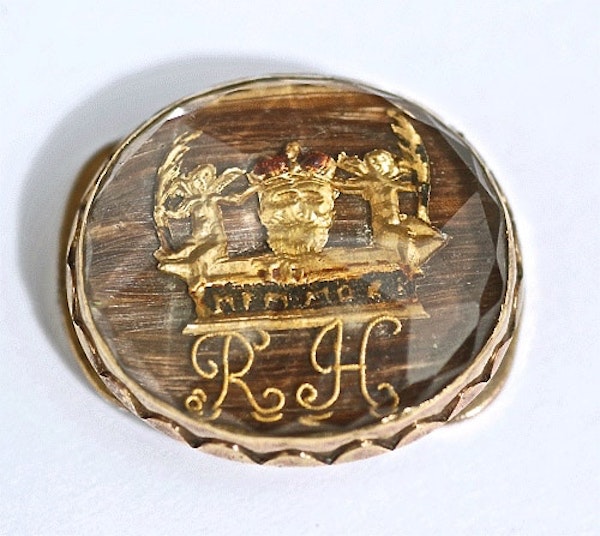 A most unusual Stuart crystal memento mori slide, second half of the 17th century. The gold slide encloses a compartment containing a weave of hair overlaid by a gold device of two cherubs bearing palms, symbolic of martyrdom and holding aloft a red enamelled crowned skull representing Charles 1st, his face obscured by the symbol of the English Tudor rose. The skull rests on a coffin which is inscribed mem mori for memento mori. The gold wire initials RH are for Ralph Hopton, 1st Baron Hopton [1596 -1652], who served as a Royalist commander in Charles 1st’s army during the English Civil War. The slide measures 1 inch by 3/4 of an inch and is immaculate.

Knitt in One by God Alone