Mourning Brooch Fashioned from the Hair of King Edward IV 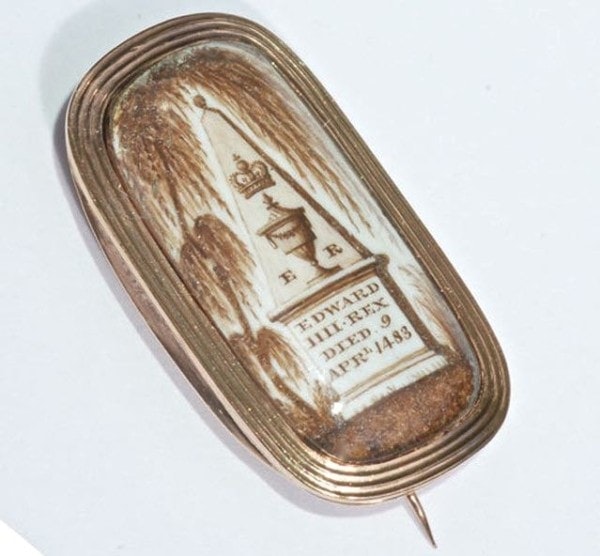 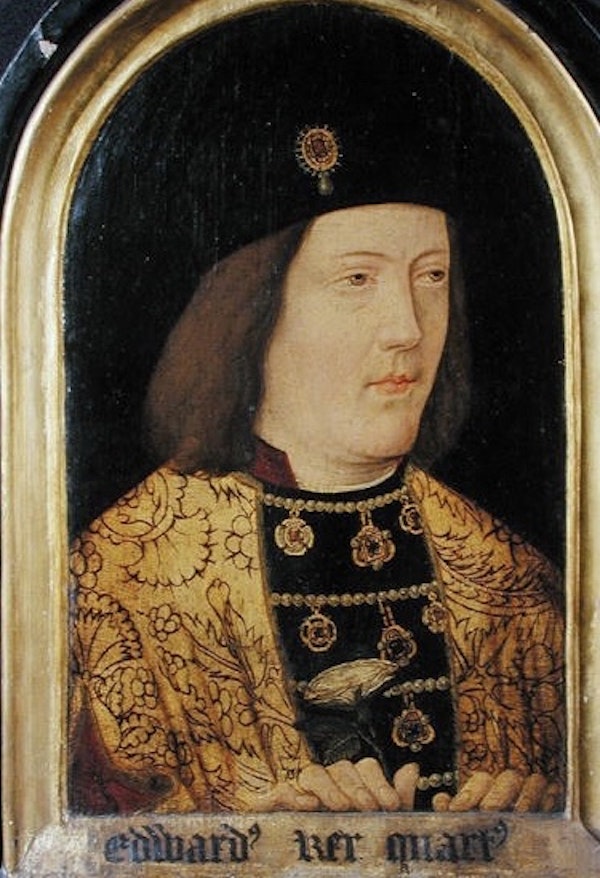 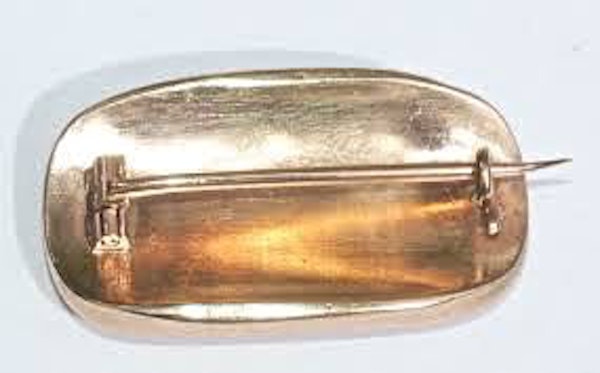 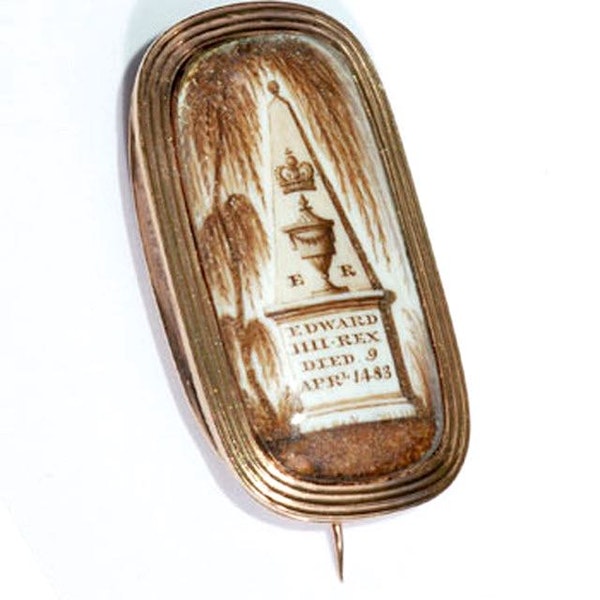 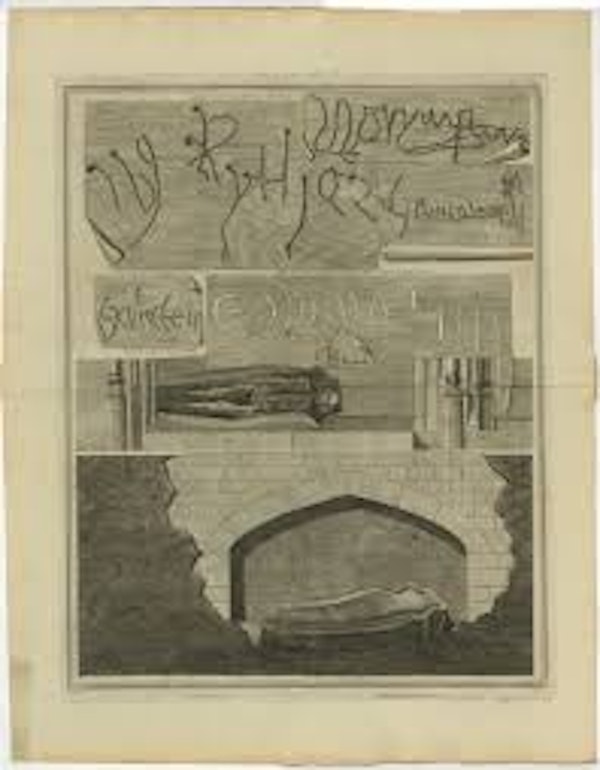 Mourning Brooch Fashioned from the Hair of King Edward IV

King Edward IV died in 1483 and was interred in Windsor Castle. In 1789 during the restoration of St. George’s Chapel at Windsor, his tomb was disturbed. Inside a vault workmen found a lead coffin containing the king’s skeleton which had been there for over 300 years. According to archaeological reports, the skeleton was discovered submerged in an unidentified liquid and with long brown hair still on the base of and near the skull. Locks of his hair and other relics were removed and given to the royal family. This gold mourning brooch circa 1789, contains a compartment with a sepia and macerated hair miniature of the hair of Edward IV, covered by a domed crystal. The scene depicts a tomb with crown which is inscribed : ER and Edward IIII Rex died 9 April 1483. The brooch measures 1 and 1/4 inches by 2/3 of an inch and is beautiful quality and immaculate. A further lock of Edward’s hair is in the possession of the Society of Antiquaries of London.