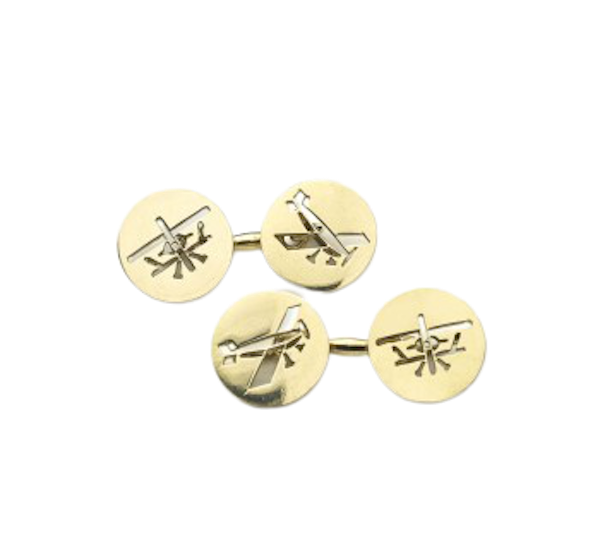 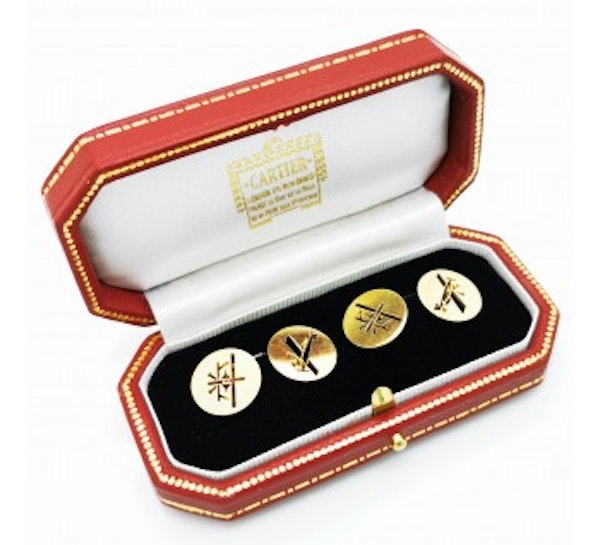 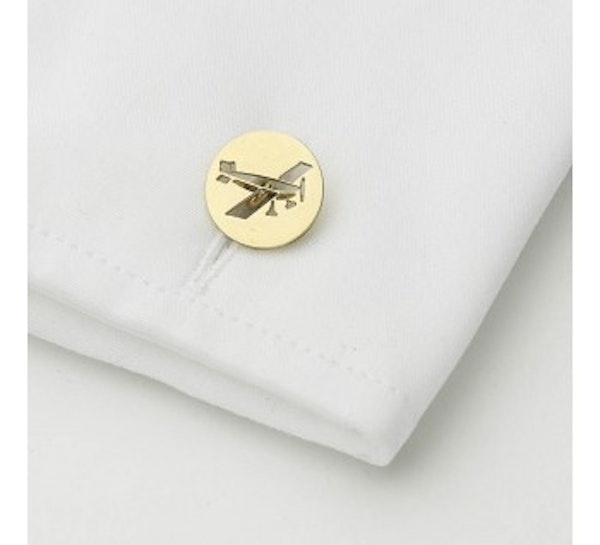 A pair of Cartier, gold, plane cufflinks, with circular gold discs with a cut-out design, one depicting the front view of a biplane, and one depicting an angled side view of a glider, with a gold bar connection, mounted in 18ct yellow gold, signed and numbered 04059, circa 1970.
These cufflinks have been inspired by Louis Blériot, who was a French aviator, inventor, and engineer. He developed the first practical headlamp for cars and established a profitable business manufacturing them, using much of the money he made to finance his attempts to build a successful aircraft. Blériot had become interested in aviation while at the Ecole Centrale, but his serious experimentation was probably sparked by seeing Clément Ader's Avion III at the 1900 Exposition Universelle. By then his headlamp business was doing well enough for Blériot to be able to devote both time and money to experimentation. His first experiments were with a series of ornithopters, which were unsuccessful. In April 1905, Blériot met Gabriel Voisin, then employed by Ernest Archdeacon to assist with his experimental gliders.