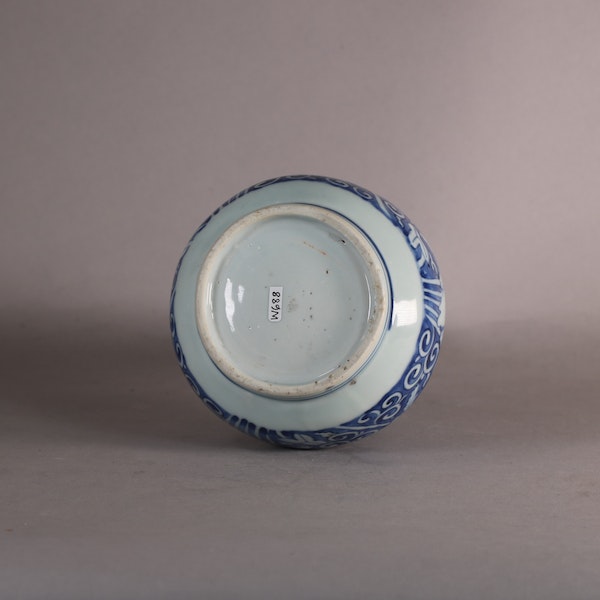 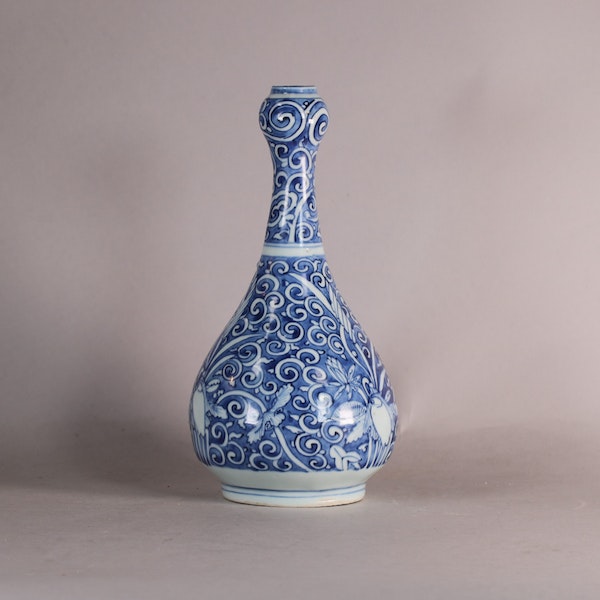 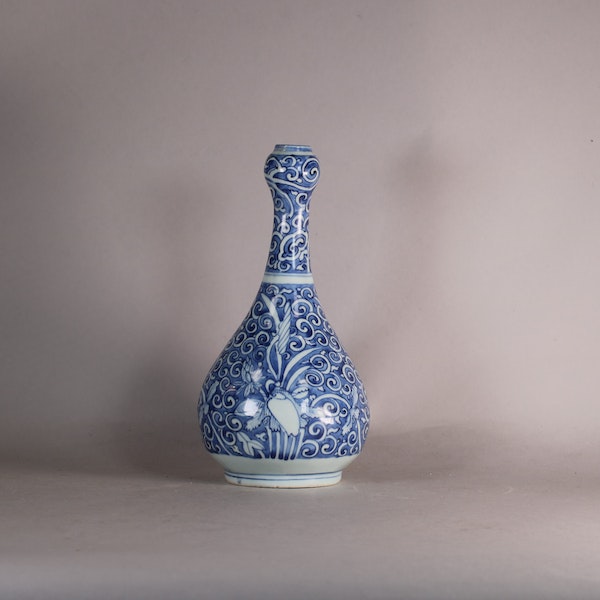 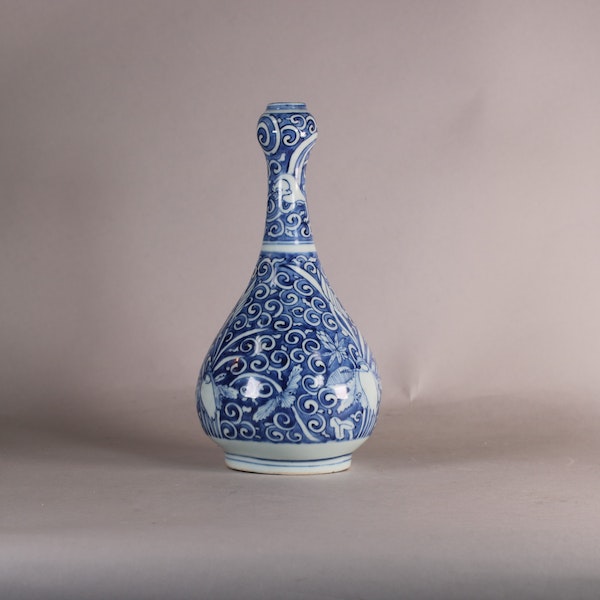 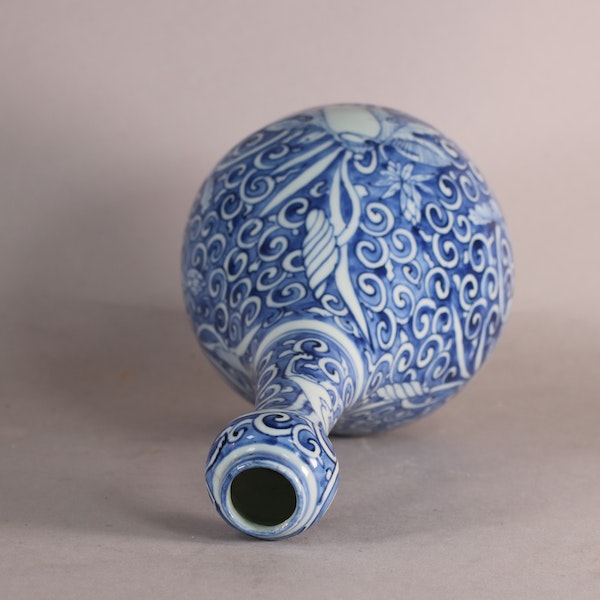 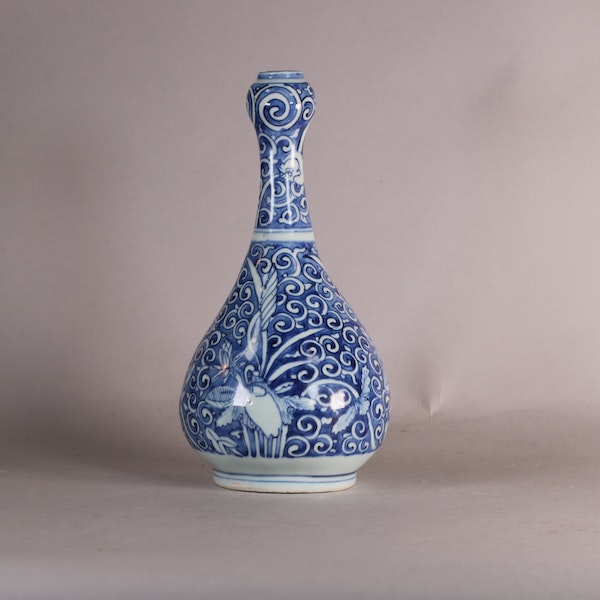 Chinese blue and white bottle vase, Wanli (1573 -1619), the bulbous pear-shaped body rising from a short foot to a tall waisted neck and garlic-bulb mouth, the lower body decorated with flowering lotus and standing egrets against a scrolling ground, the neck with further scroll and a crouching qilong holding a lingzhi spray in its mouth, all reserved in white on blue.

Notes:
A Wanli vase of very similar design can be found in the collection of the Topkapi Sarayi (1304).

Vessels of bulbous garlic-headed form appear to be based on archaic bronze forms, and during the Wanli were often decorated with designs incorporating waterfowl, as seen here. Egrets or white herons were considered the whitest of birds, and so were often paired with lotus in paintings and ceramic design to represent purity. They are also auspicious symbols of success, as egret or white heron in Chinese is homophonous with ‘lu’ (good fortune). Qilong, or ‘hornless dragons’ were also a popular motif on wares designed for the scholar’s desk, and are often depicted curled or writhing amongst plants as the first variant character of ‘qiulung’ combines the radical for insect with ‘hidden’ and shares the same alternate phonetics as ‘twist’. They were also referred to as water dragons or water monsters and appear in classical texts including the Chuchi (2nd century), an anthology of southern poetry: "They lined water monsters up to join them in the dance: how their bodies coiled and writhed in undulating motion! […] I ride a water chariot with a canopy of lotus; Two dragons draw it, between two water-serpents […] And water dragons swim side by side, swiftly darting above and below."