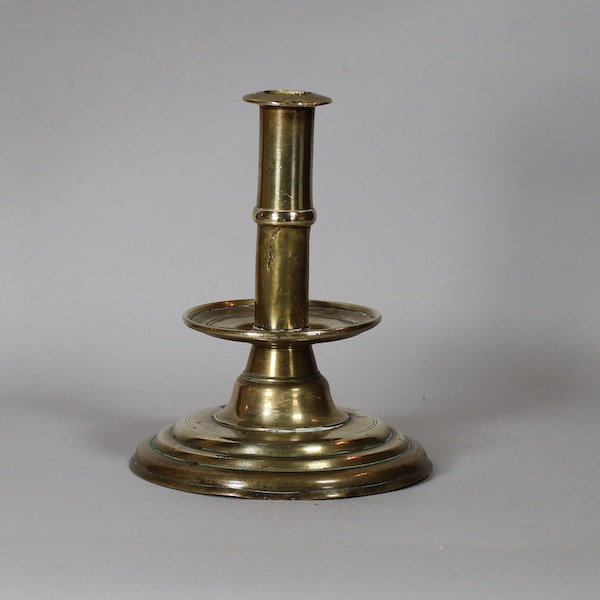 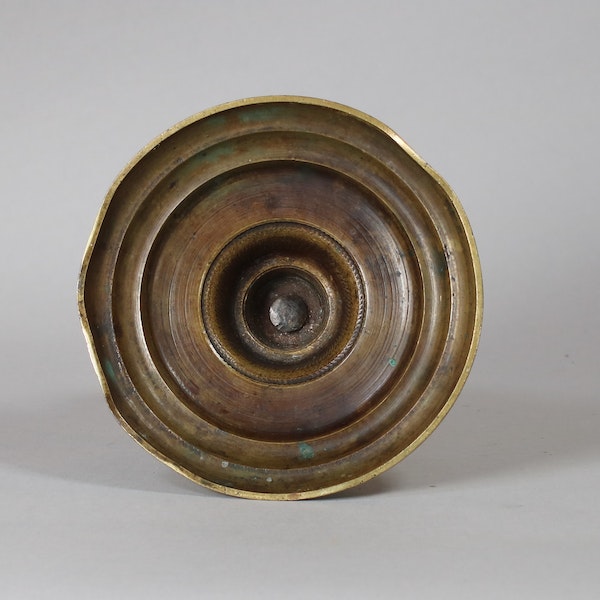 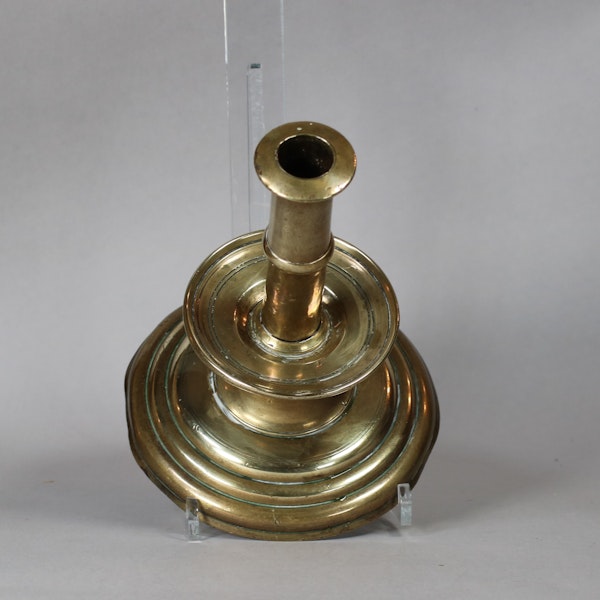 Brass trumpet-form candlestick, 17th century, with a cylindrical collared stem and central dished drip-tray rising from a spreading stepped base
Height: 18cm. (7 1/8in.)

In the 17th century, brass candlesticks appeared in all but the most prosperous European houses. After the passing of the Royal Mines Act the royal monopoly over the native copper and calamine mines producing the raw materials required to make brass ended and a large native industry began to flourish. Production was further expanded with the appearance of large new foundries in Bristol and Birmingham in the very early 18th century. The trumpet form, with a wide base for stability and large drip pan, is sometimes identified as the ‘first truly English’ candlestick. However, some of its design elements can be traced to Middle-Eastern examples, introduced into Europe by the Muslim community in Venice from the 14th century onwards. The Eastern-style candle, with a high conical base and circular pan, was very different to the simple European ‘pricket’ candle, which stands on three legs. This particular example can be accurately dated to the 17th century, as from the 18th century the widespread development of a more efficient form of tallow which did not drip as much eliminated the need for such a wide drip tray, as seen here.