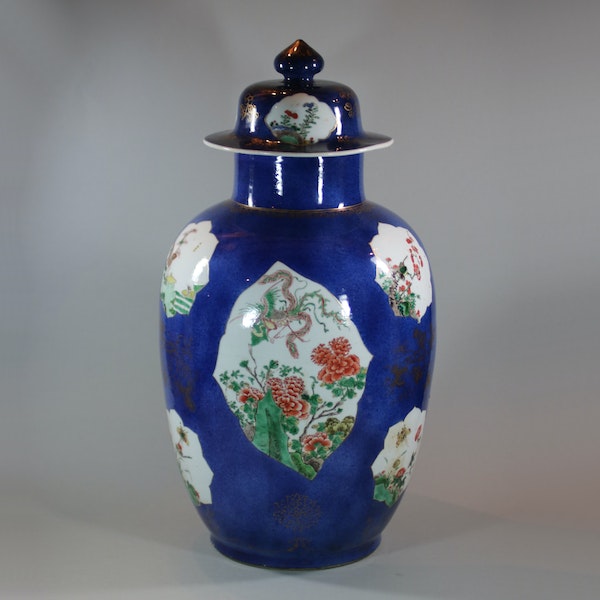 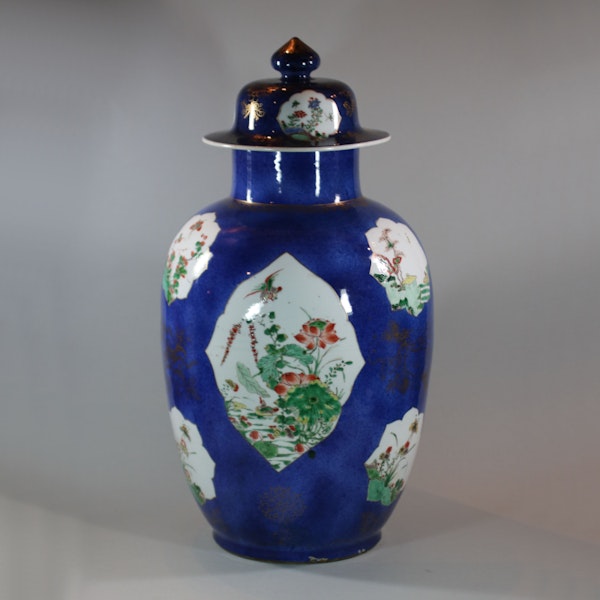 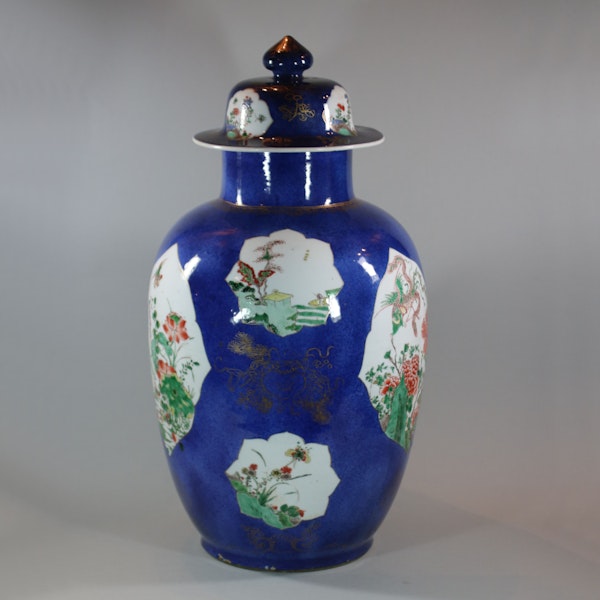 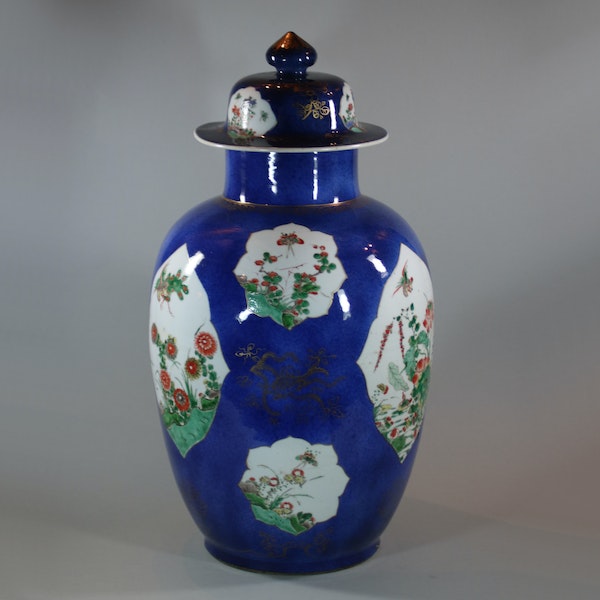 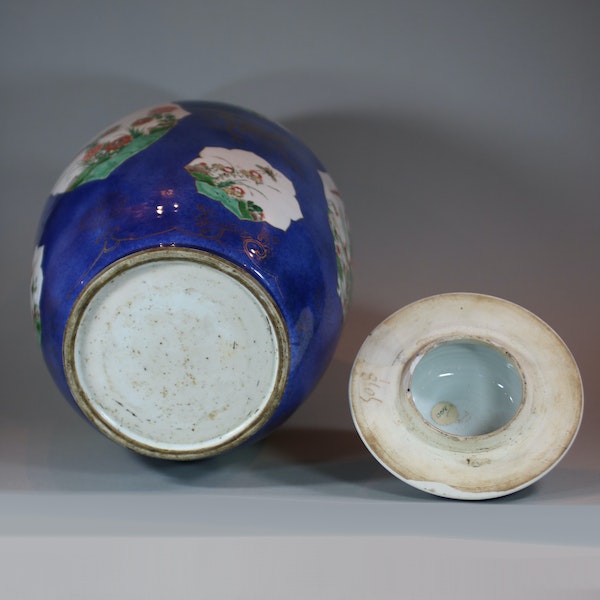 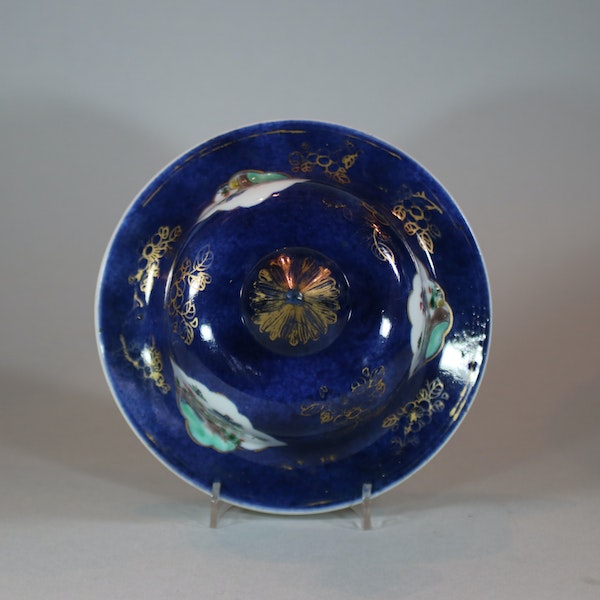 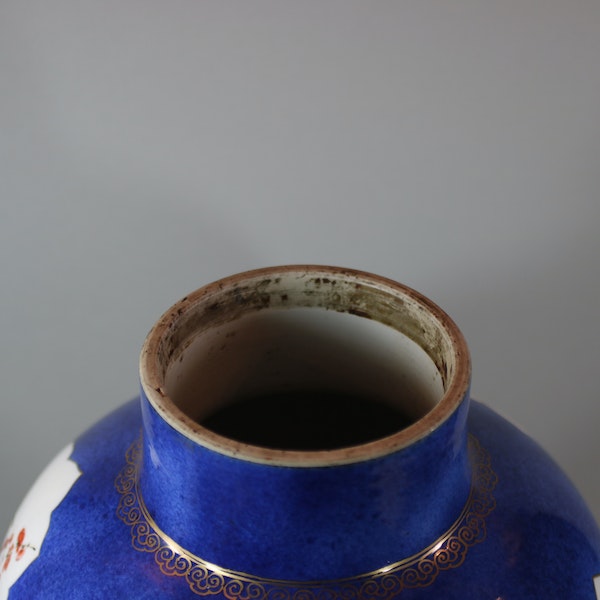 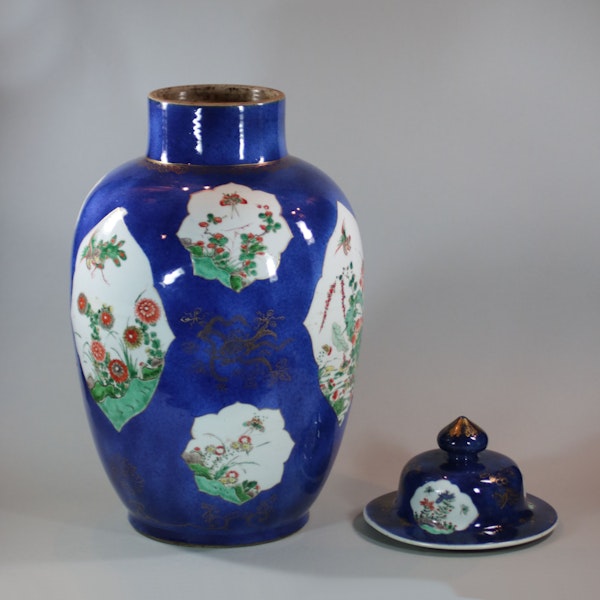 Large Chinese powder blue baluster vase and cover, Kangxi (1662-1722), the body decorated with three large shaped panels enclosing a phoenix flying above flowers issuing from rockwork and a duck in a pond, with smaller panels variously enclosing flowers issuing from rockwork, butterflies, birds, a figure in a boat, surrounded by gilded lotus scroll, fish and crustacean, and a band of ruyi to the shoulder on a powder blue ground, the cover similarly decorated, height (including lid): 18 1/2in. (47 cm.), condition: areas of regilding, fritting to the foot, tiny flake to underside of cover, three chips to internal rim of cover. for a similar example see the Philadelphia Museum of Art, Accession Number: 1955-50-257a,b. The Western term "powder blue" was coined in reference to the technique used to create these pieces; the glaze was applied as a powder blown through a bamboo tube onto the body while the small panels which were to be later decorated were covered during this process.