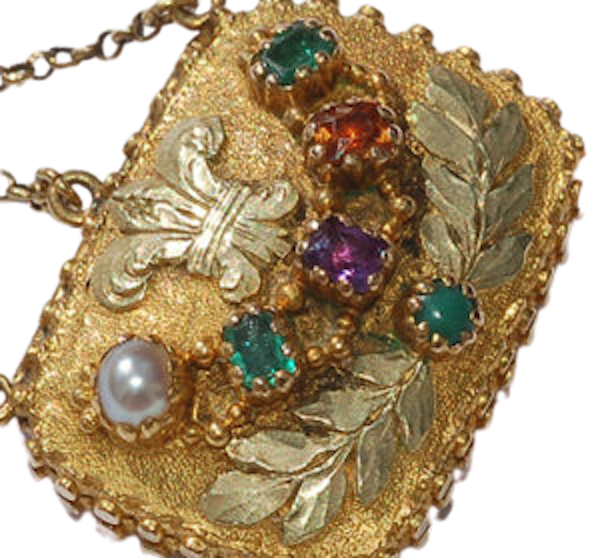 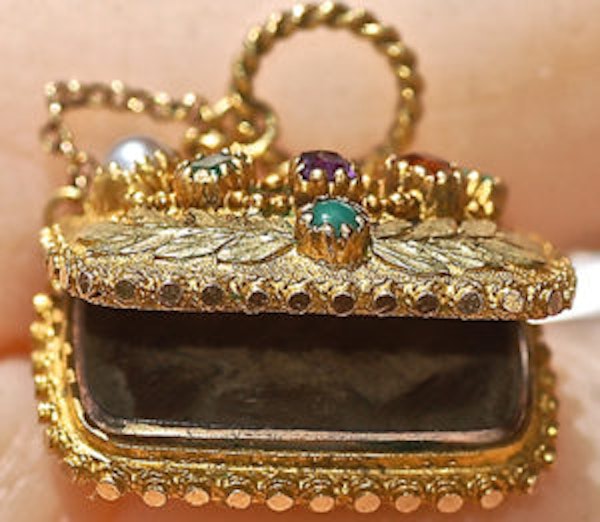 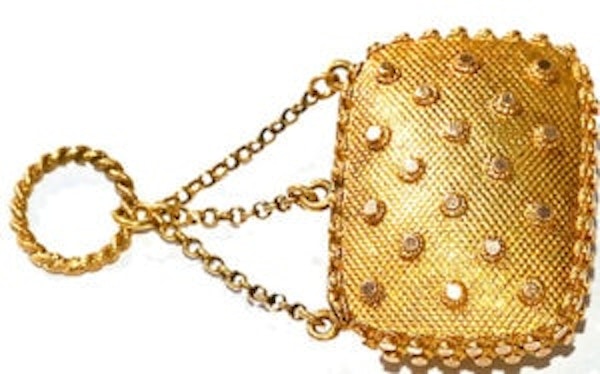 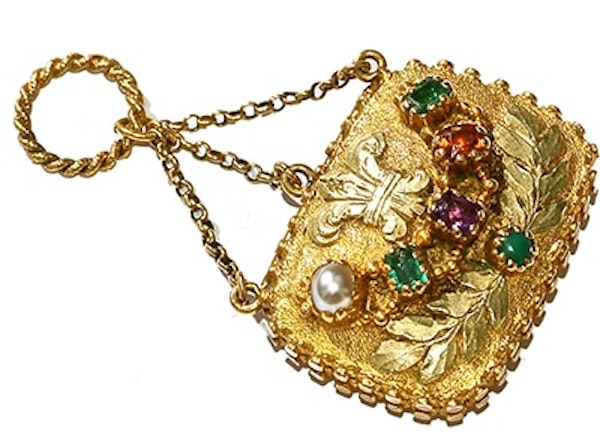 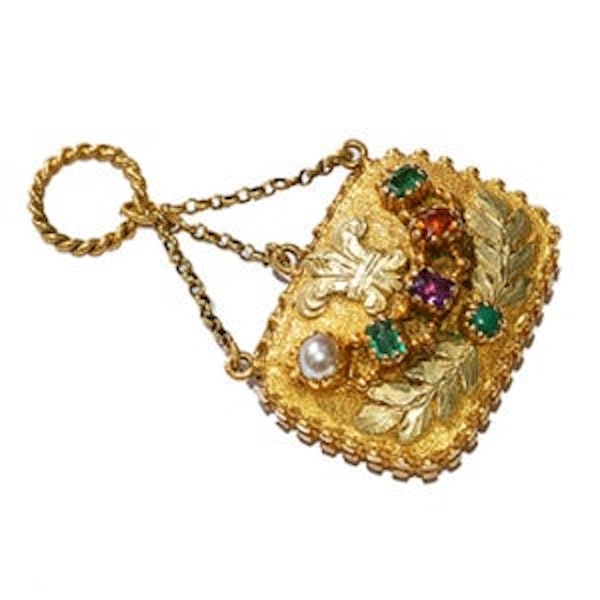 A rather fabulous high carat, two colour gold acrostic memorial locket with a rare motto, circa 1815, commemorating both peace and loss. Georgian acrostic jewellery utilised gems to convey messages using a secret ‘language’. Gemstones ‘spoke’ via their arrangement in jewels, using the first letter of the name of each gem to convey a sentiment, most commonly ‘regard’, ‘dearest’ or ‘souvenir’.
The gems on this locket spell ‘Peace’ using the inital letters of pearl, emerald, amethyst, citrine and emerald. Surmounting the acrostic are Prince of Wales’ feathers, the insignia of 10th Royal Hussars [Prince of Wales’ Own]. Below the acrostic are laurel leaves representing victory set with a turquoise, a gem frequently used in mourning jewellery, symbolising forget me not. In 1815 Napoleon was defeated at the Battle of Waterloo, ending his rule as Emperor of France and bringing peace to Europe. The 10th Royal Hussars fought at Waterloo, which saw 17,000 Allied casualties. To interior of the locket is a weave of brown hair under crystal, no doubt a memento of one of those who died at Waterloo. The pendant is 1.5 inches long from top ring to the bottom of the pendant and 3/4 of an inch wide. Peace is celebrated on this locket, but its human cost is contained within.