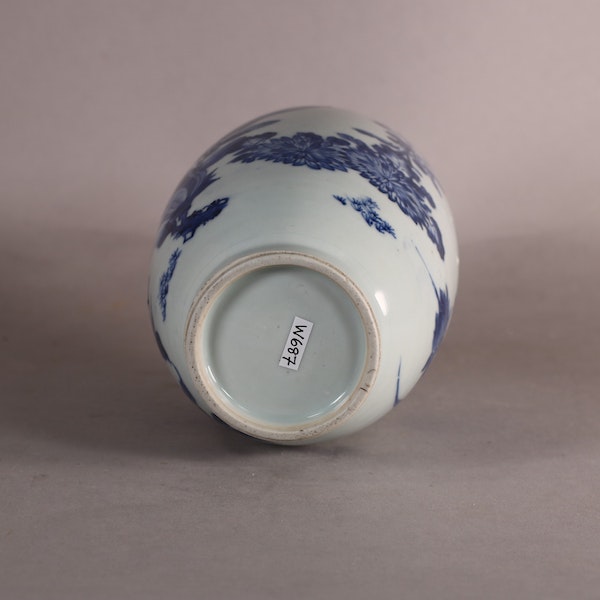 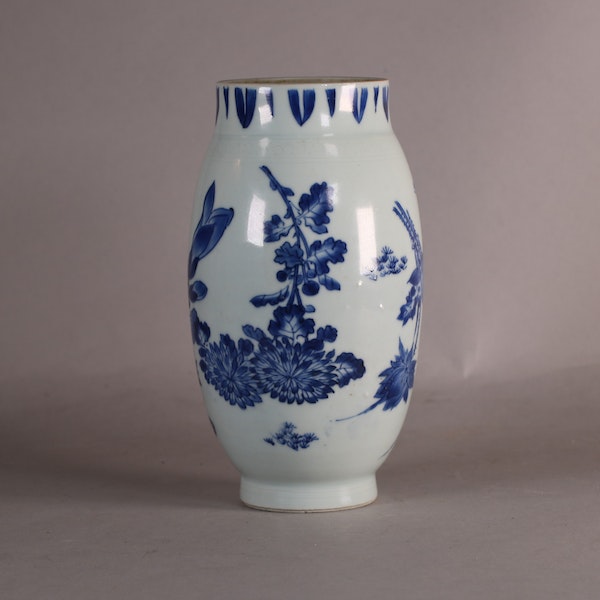 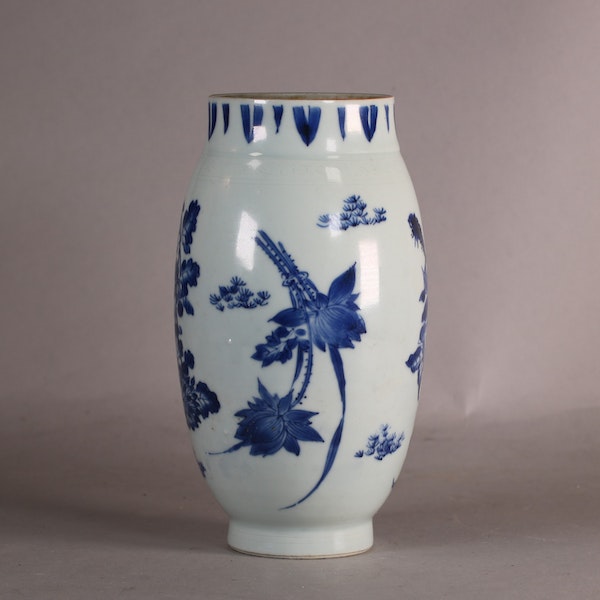 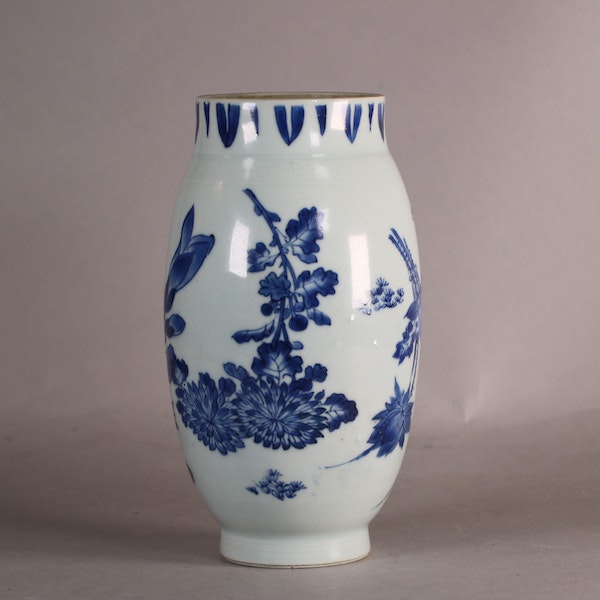 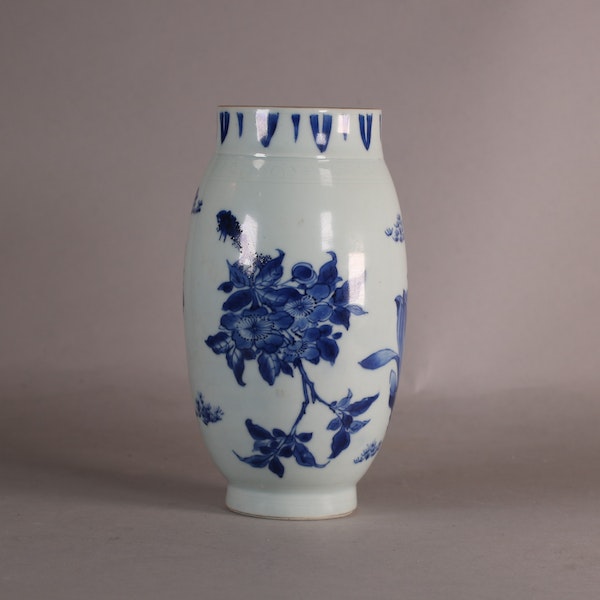 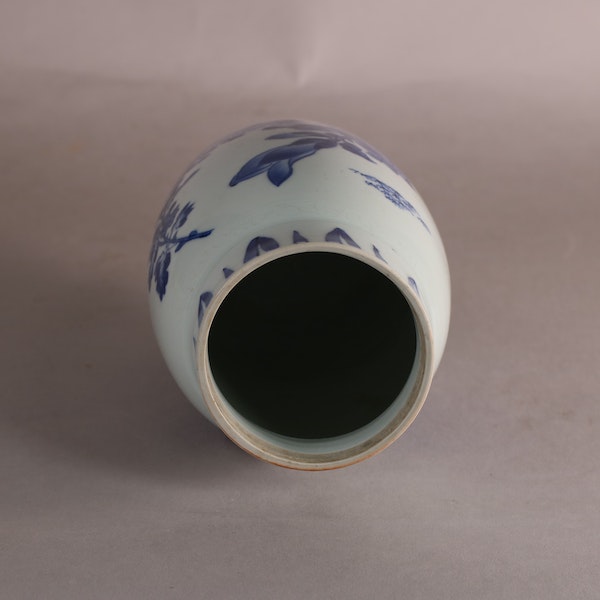 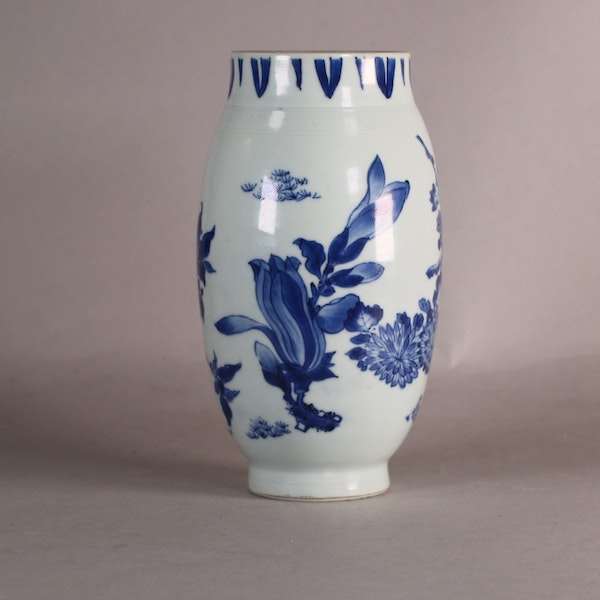 Fine Chinese Transitional Chongzhen blue and white ovoid vase, circa 1640, painted in a very good underglaze blue with magnolia/spring orchid, chrysanthemum, lotus and prunus, with the magnolia depicted as the largest flower, all below a band of anhua decoration, the rim with lappets.

Notes:
The flowers depicted on this vase represent the flowers of the four seasons, symbolising the unfolding of the year and the passing of time: peony or spring orchid (spring), lotus (summer), chrysanthemum (autumn) and prunus (winter). Plum, orchid and chrysanthemum also represent three of the ‘Four Gentlemen’ ('Si junzhi' 四君子), a term referring to four plants (bamboo being the fourth) that embody the ideal characteristics of the scholarly gentleman: purity, steadfastness, humility and uprightness. These plants, along with other associated symbolic flowers including chrysanthemum appear together in Chinese art from the Song dynasty (960-1279), depicted in traditional ink and wash painting as well as in poetry and ceramic design. Designs incorporating the symbolic ‘Four Gentlemen’ and the flowers of the four seasons were transmitted across Asia and consequently became a popular motif in Japanese, Korean and Vietnamese art.