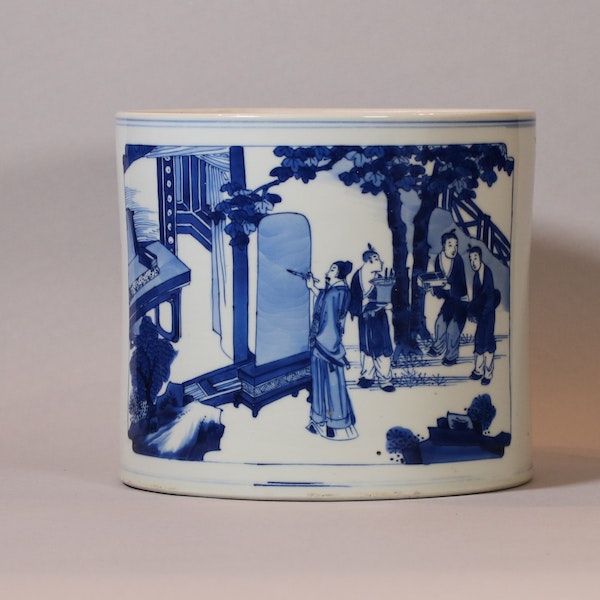 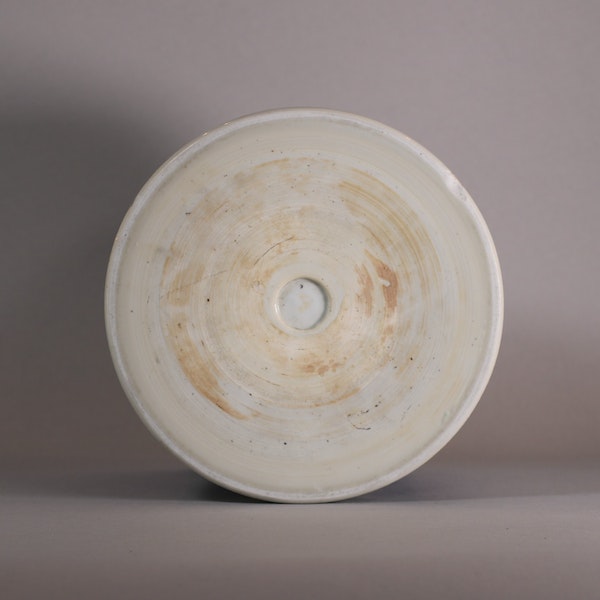 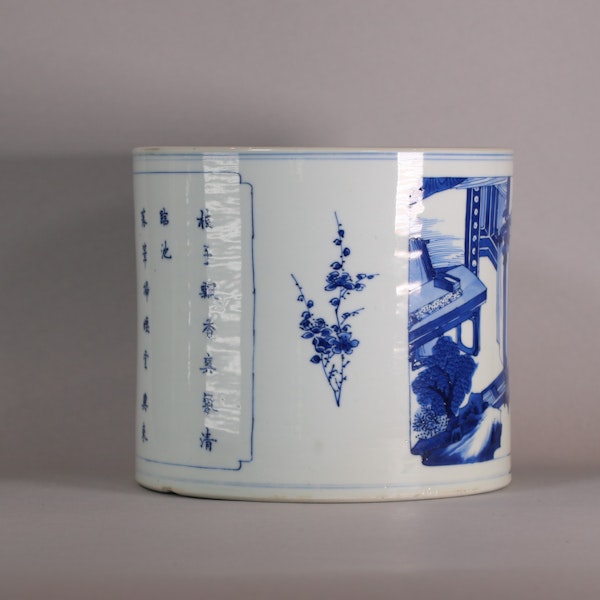 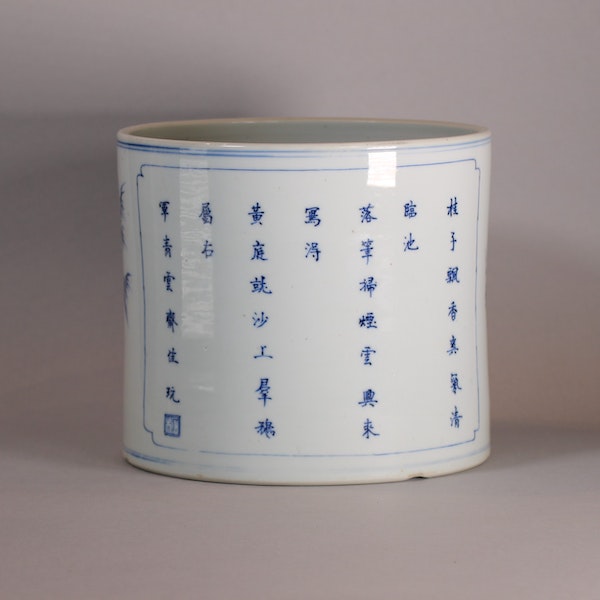 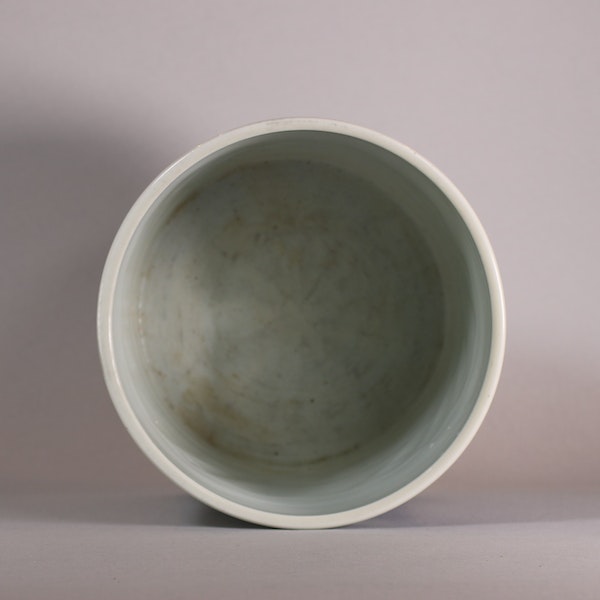 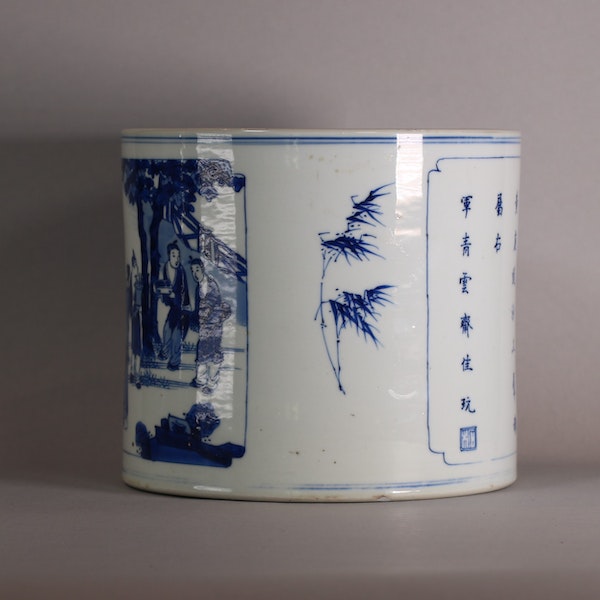 Chinese blue and white brush pot, Bitong, Kangxi (1662-1722), c.1700-15, with compact body and slightly concave sides, finely painted with two panels; the first with a literati scene of a scholar painting a screen in a rocky garden underneath a maple, with three attendants bearing inks and a brush pot, painted on the other side with a seven line poem and the mark ‘mu shi’, the two panels interspersed on either side by branch of bamboo in the wind and blossoming bough of plum, all in underglaze cobalt blue within bands of concentric lines to the rim and foot, height 18cm., diameter 20.2cm.

Condition: two small chips to base rim. The term ‘mu-shi’ (tree and rock) is typical of the names assumed by Qing literati figures, but in this case probably refers to a private kiln as the mark can be found on a selection of pieces from a twenty year period (1690 to 1712). Creative endeavours such as ink painting on screens and writing poetry had been important activities for the literati scholars from ancient times. These figures, free from the confines of artistic schools and the necessity of making a living through their work, considered themselves ideal observers of the workings of moral law in nature. Favouring subjects including bamboo and plum, they often painted spontaneously from nature, with great emphasis on the creative process itself, as shown in this depiction of an artist within nature at the moment of inspiration.

During the political upheaval of the late Ming and early Qing, literati-themed wares became popular, as the notions of traditional value and stability associated with the ancient scholars offered a connection to an idealised past. Encouraged by the Emperor’s own personal dedication to literati pursuits, Kangxi collectors valued wares that embodied the scholarly aesthetic and demonstrated their elevated intellectual and social status.

A Japanese Satsuma tea caddy with inner and outer cover