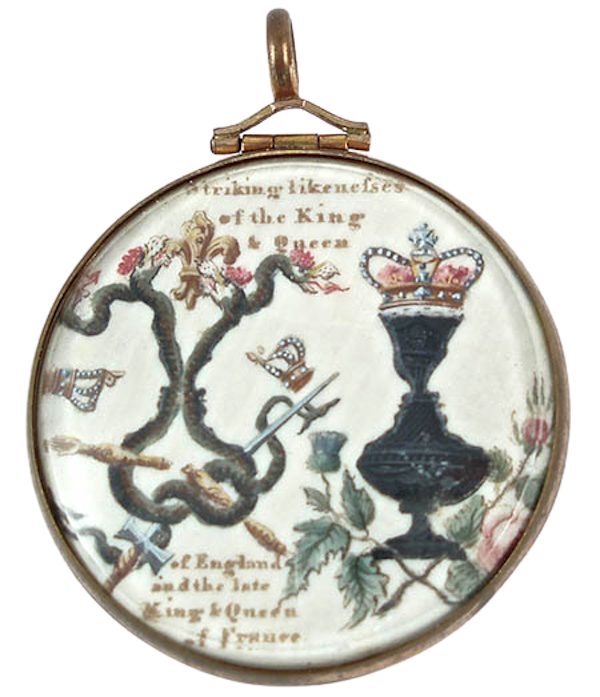 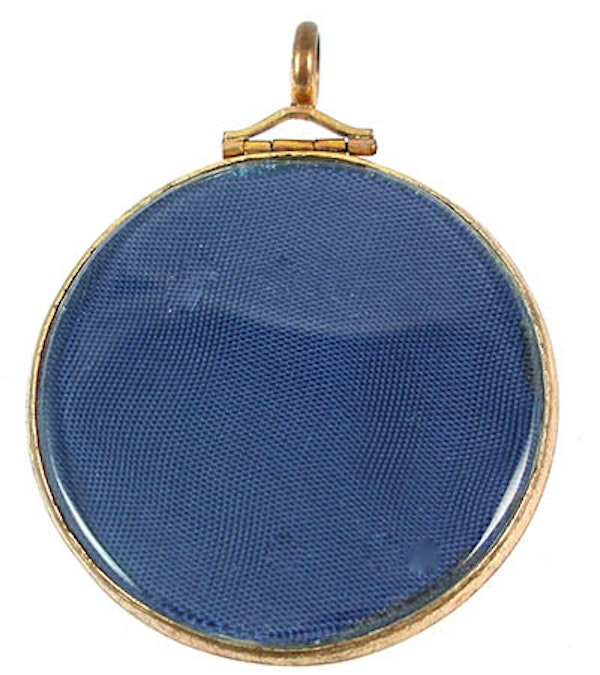 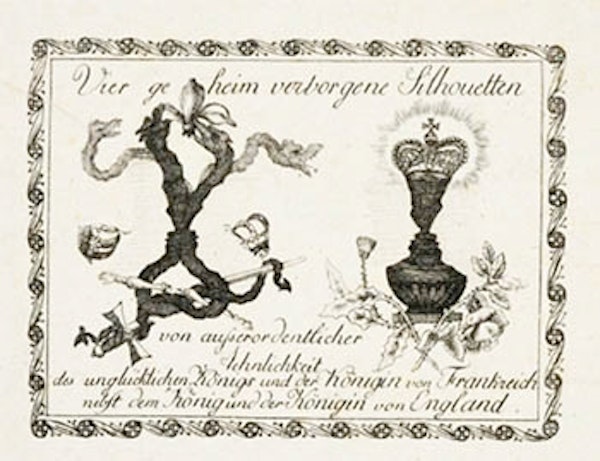 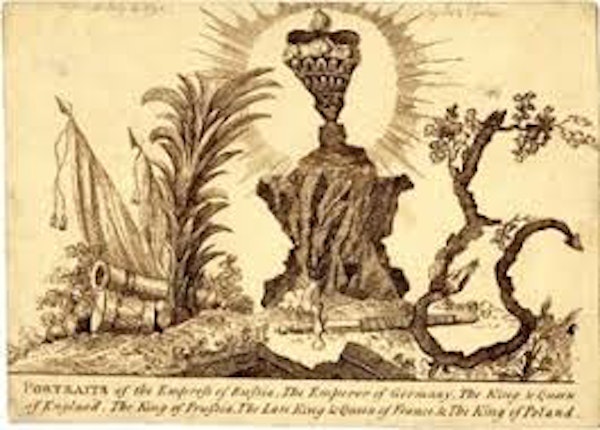 A seditious allegorical watercolour miniature set to a pendant, circa 1794. Sedition is conduct deemed by legal authority to inspire insurrection against the established order. The tumultuous events that shook France in the late 18th century also had repurcussions in Britain. Liberal thinkers like Thomas Paine championed the French achievement of gaining freedom from an oppressive government and class system. In contrast conservatives such as Edmund Burke mourned the passing of France’s ancien régime and feared the violent actions of the French would inspire the working classes in England to attempt a similar revolution. By 1794 the rulers of France had died by the guillotine and George III was deeply unpopular. This pendant comments on the unpopularity of both the French and British rulers. Innocuous at first glance, the image has hidden profiles of George III, Queen Charlotte, Louis XVI and Marie Antoinette. On the left under the symbol of a fleur-de-lis are two entwined serpents with profiles of the deceased French king and queen. A sword pierces the serpents and the monarch’s crown and sceptre are broken in half. On the right is a funerary urn surmounted by a crown with profiles of George III and Queen Charlotte. Beneath the urn is a rose, symbol of British monarchy. The portrait is inscribed : Striking likenesses of the King & Queen of England and the late King & Queen of France. The pendant measures 2 and 1/4 inches by 1 and 3/4 inches. There are similar seditious engravings from the period in the British Museum but to find the subject on a piece of jewellery is extremely rare.

Labradorite Ring in Silver date circa 1980, Lilly's Attic since 2001