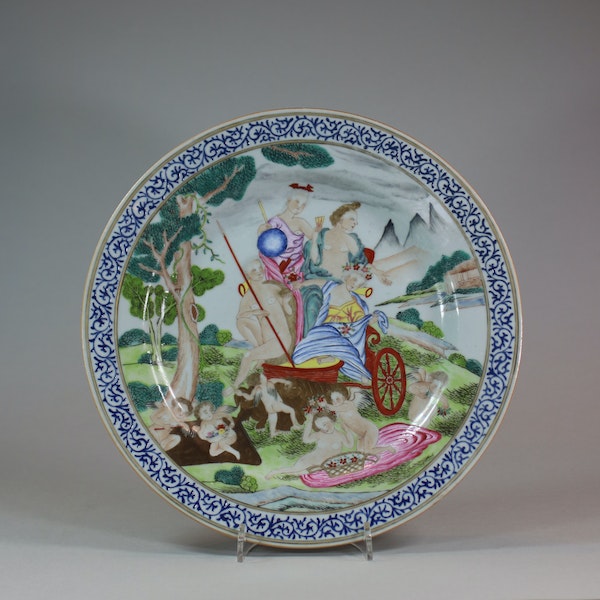 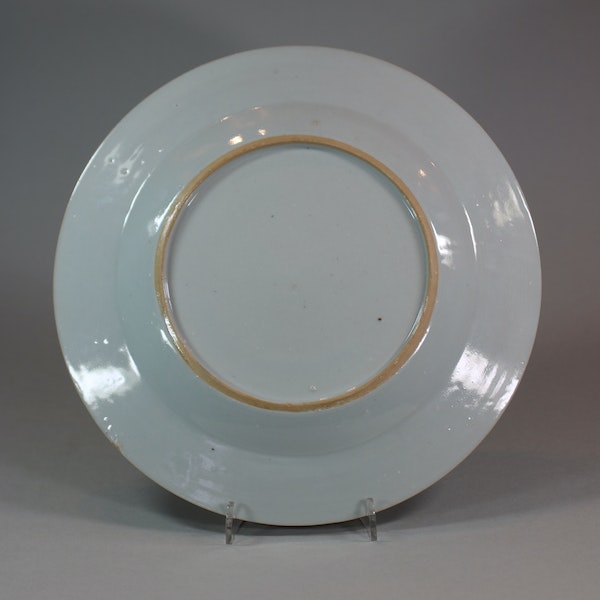 Chinese famille rose mythological subject plate, Qianlong (1736-1795) circa.1740, painted with an allegorical scene of Bacchus and three goddesses in a chariot drawn by a mythical beast, after Francesco Albani (1578-1660) symbolising one of the Four Elements, 'Earth', all within a blue scrolling border, diameter: 9 1/8 in. (23.2 cm.), condition: perfect. This decoration was taken from paintings by Francesco Albani thought to be commissioned for the Borghese Palace, Rome depicting ‘Earth’ as one of the four elements, with Cybele seated in her chariot and Flora, Ceres and Bacchus representing Spring, Summer and Autumn, the chariot drawn by lion dogs and surrounded by playing putti. Albani painted a set of four mythological scenes representing the elements for the Borghese Palace and later produced three variant series, the best-known being for Cardinal Maurice of Savoy in 1635, now in the Turin Museum. The popularity of such scenes and their rendering by various engravers made them a popular subject choice for export porcelain. For a similar example see William R. Sargent 'Treasures of Chinese Export' Yale 2012, p. 297