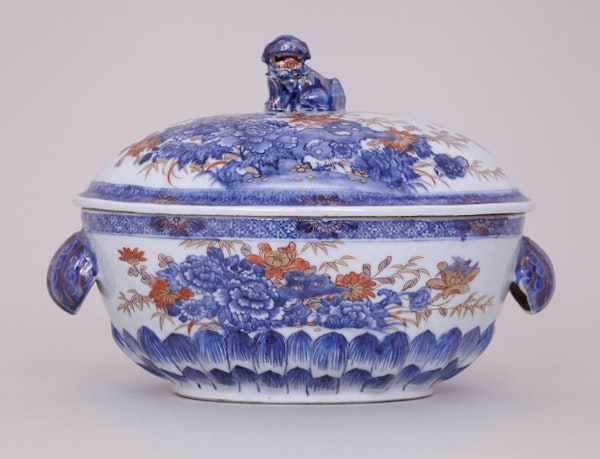 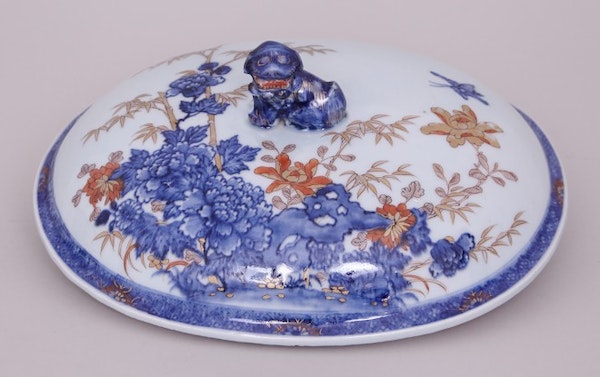 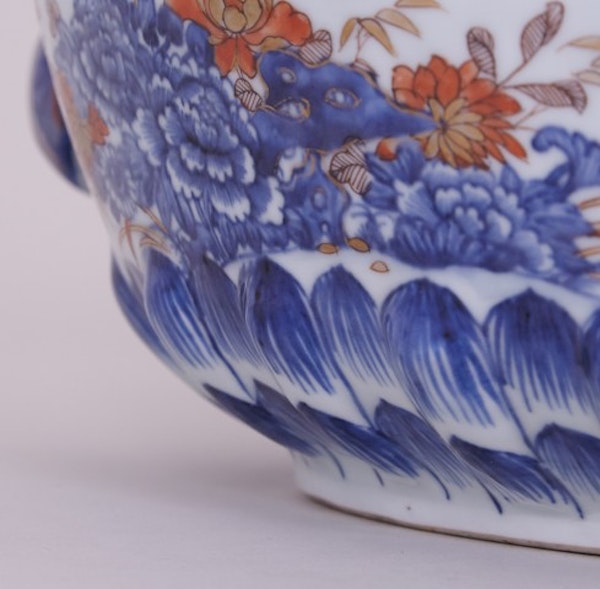 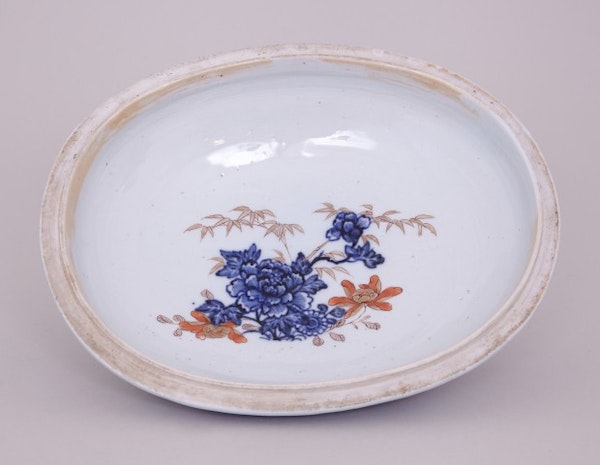 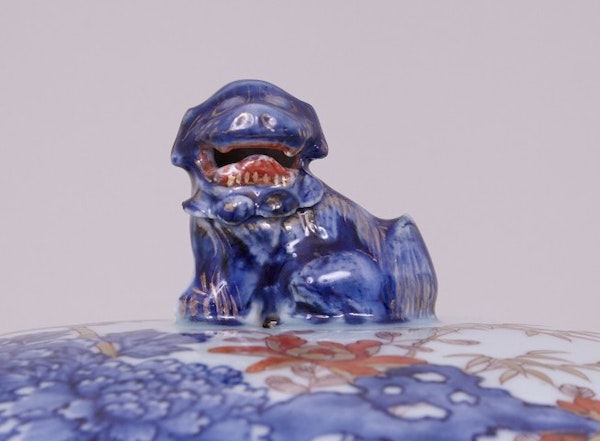 Of oval shape, with raised moulded lotus petal shaped decoration around the base, large shell shaped handles at each end, and a domed cover finished with a finial in the shape of a mythological beast; the handles painted blue with red lines along the ridges of the shell, with light blue spirals along each ridge; the lid and body painted in underglaze blue, with overglaze iron-red enamels, highlighted in gold; both sides of the tureen are decorated with sprays of chrysanthemum flowers blooming among stylized rockwork, interspersed with iron red peonies highlighted in gold, and gilt bamboo leaves outlined in dark brown; a butterfly gently lands on a red-gold peony on either side of the tureen; along the lower rim, the moulded lotus petals are shaded; along the upper rim, a diaper patterned border is interspersed with lower halves of flowers, highlighted with red and gold; on the lid, a similar diaper pattern follows the rim, with the upper half of the flowers aligning with the lower, the top of the lid with similar decoration to the body, the finial painted blue with red and gold shading around the features; inside the tureen is a further spray of peonies with gilt bamboo and two red flowers, a design that is repeated on the inside of the lid; the base glazed.