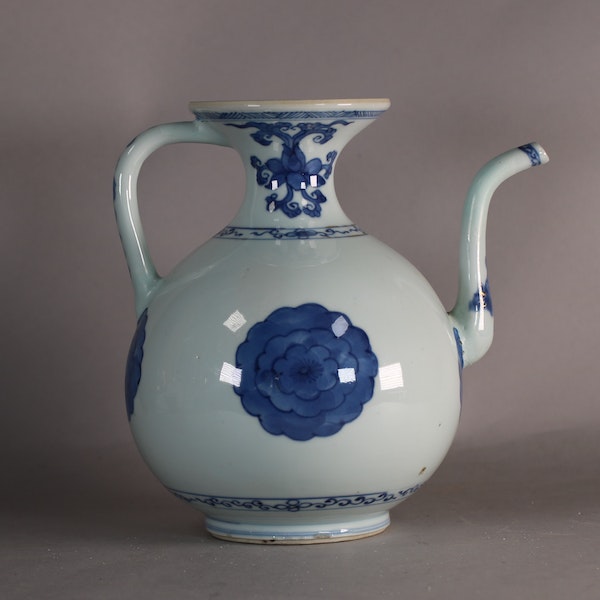 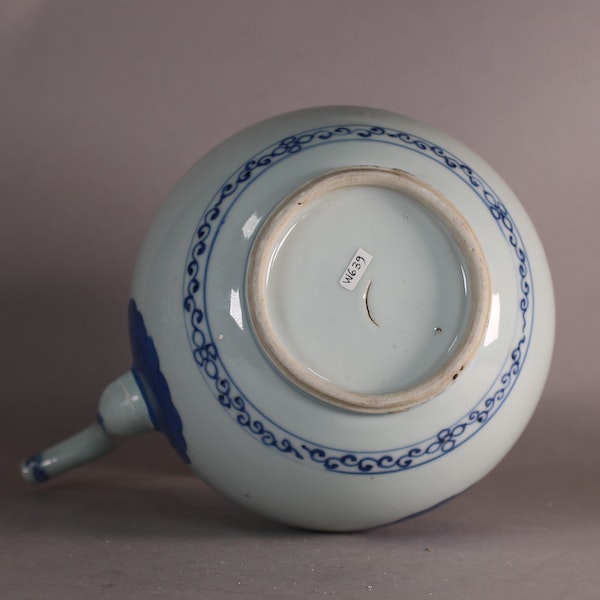 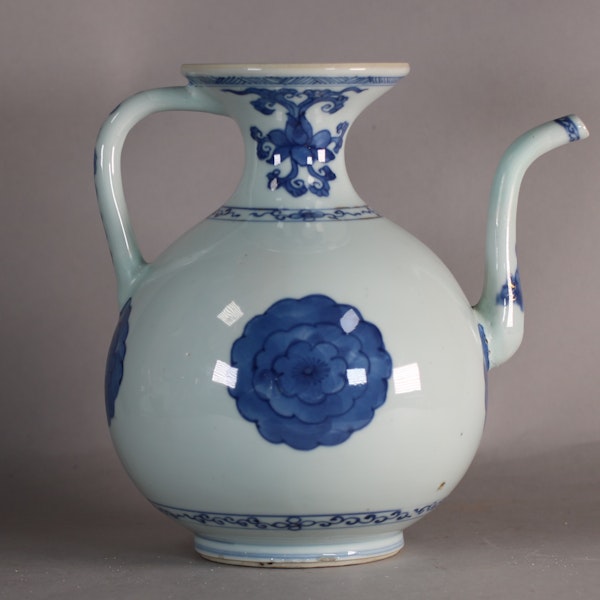 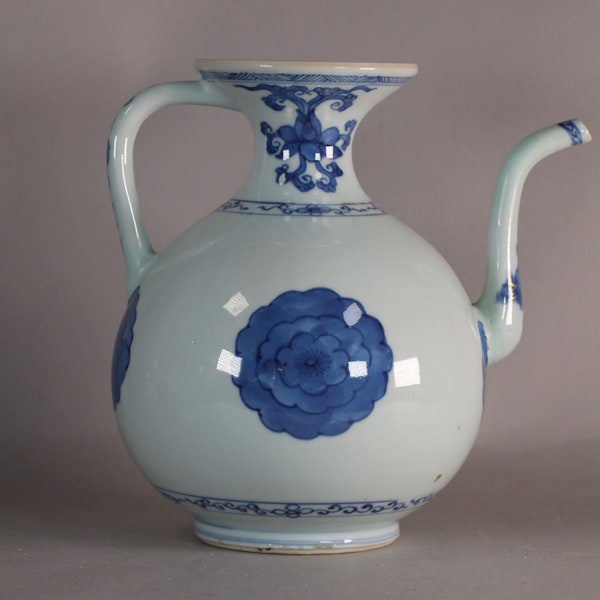 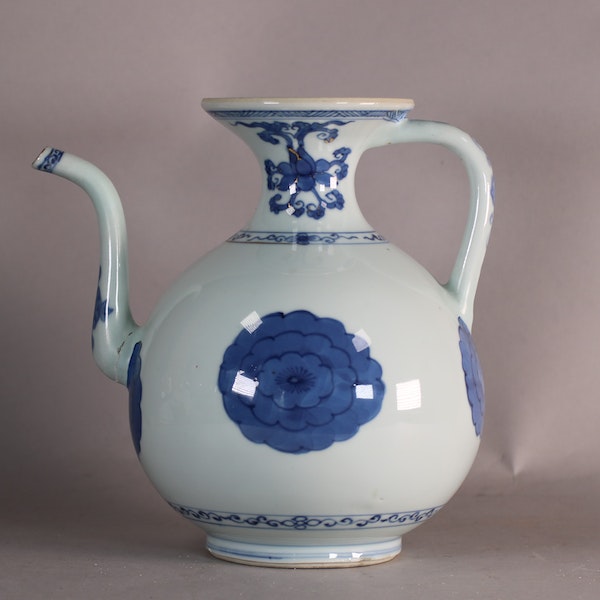 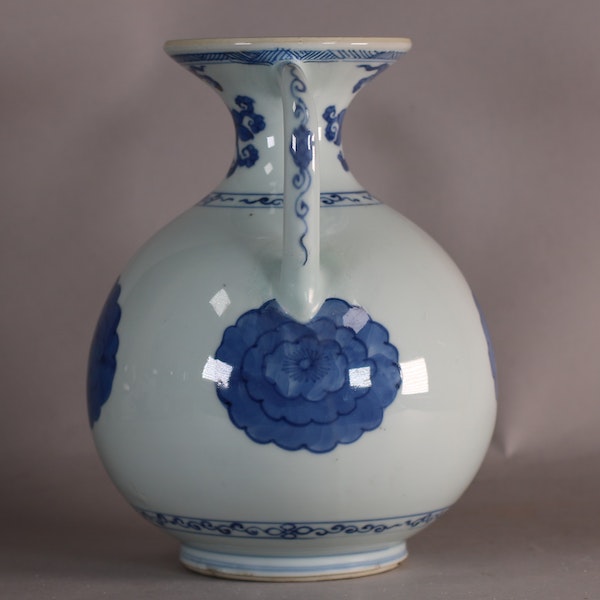 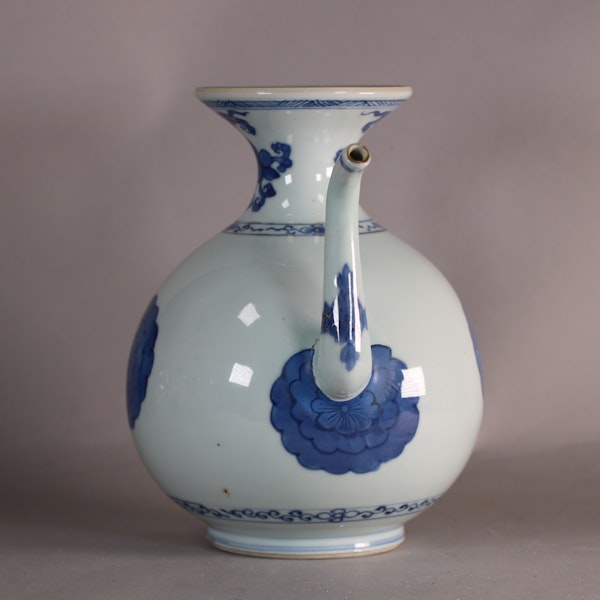 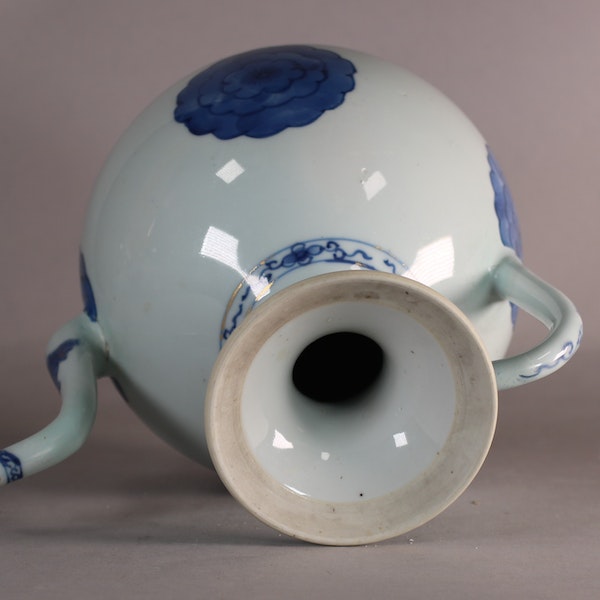 A Chinese Islamic-form ewer, Kangxi (1662-1722), of bulbous form with loop handle and narrow upright spout, the body decorated with large flowerheads, scrolling floral bands to the shoulders, foot and spout, the flaring neck with stylised lotus head with scrolling foliage on either side below a hatch-pattern band

Notes:
Probably made for the Indian market; the ewer conforms to Indian metal prototypes of the 17th century. Similar ewers, one bearing Ottoman silver gilt mounts, are preserved in the Topkapi Palace Museum, Istanbul. See John Ayers and Regina Krahl, ‘Chinese Ceramics in the Topkapi Saray Museum, Istanbul: A Complete Catalogue, vol.III Qing Dynasty Porcelain’, London, 1986, pp. 935;1192. Ewers of this type have their origins in Iran and the Middle East, and were introduced to India by Muslim invaders in the late 13th-early 14th century. In India, they were used to wash the hands and feet of visitors as they entered the house; the liquid could be delicately scented rosewater.