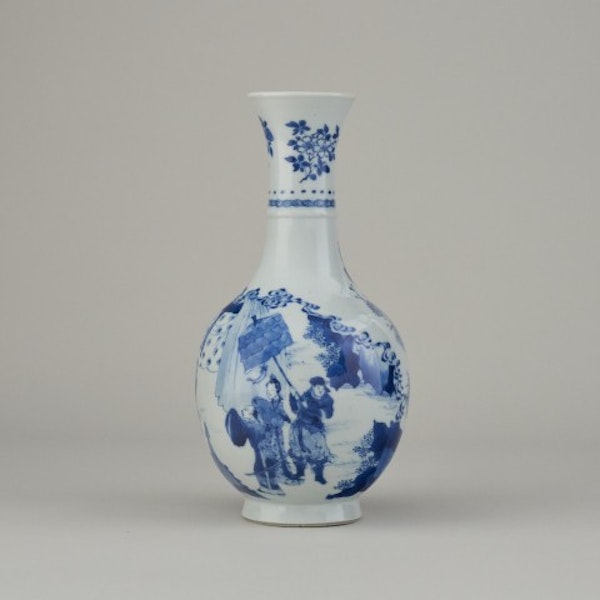 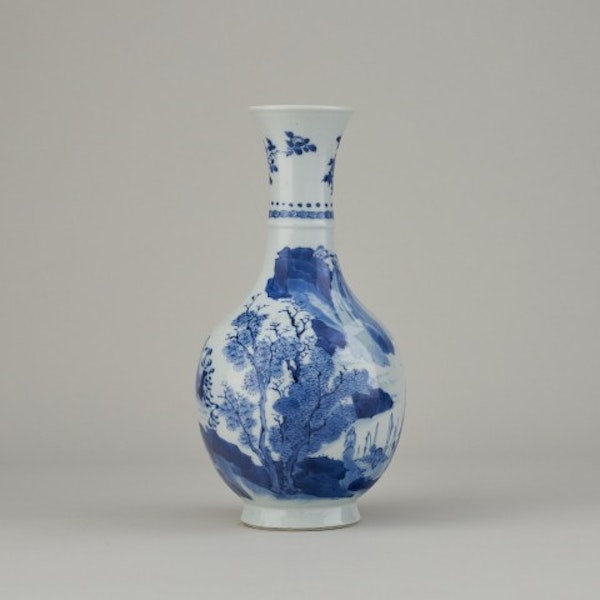 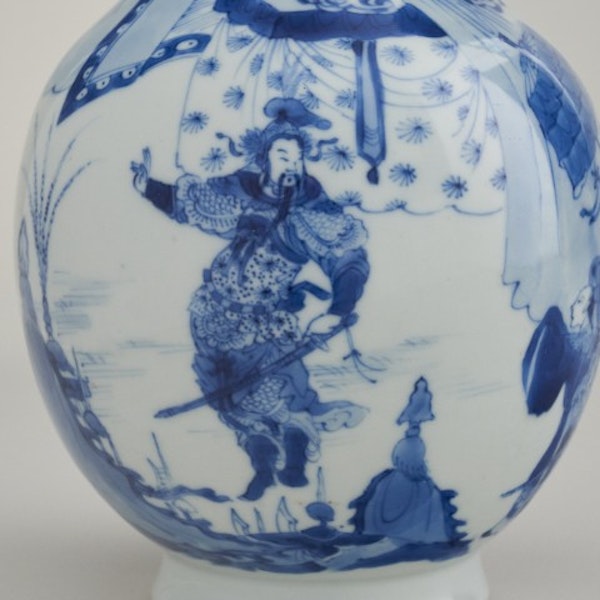 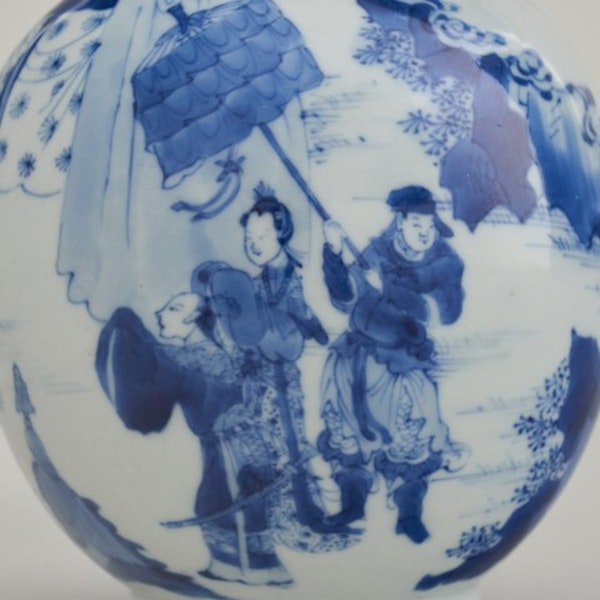 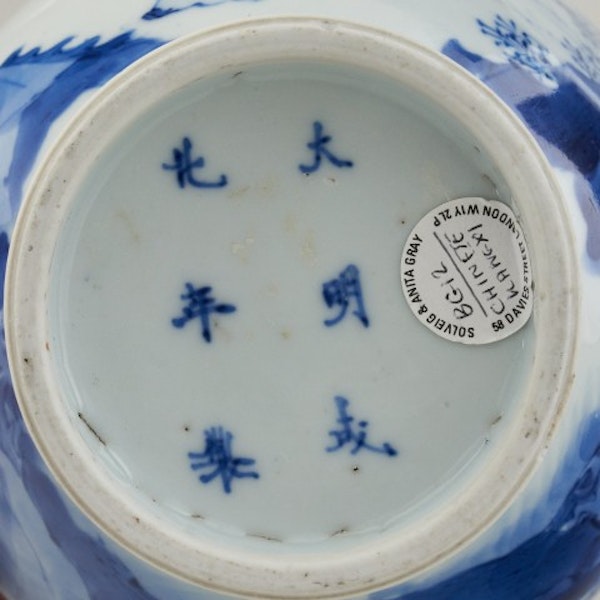 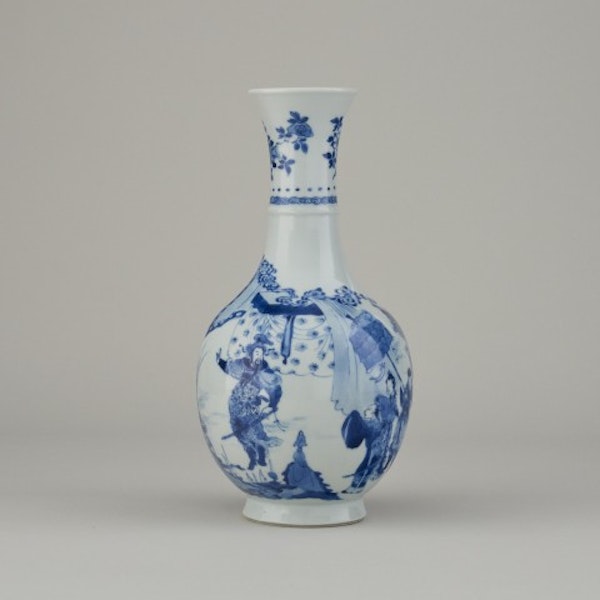 Of elegant globular form, raised on a short slightly everted foot, the slender neck rising to a flared rim, with a raised collar around the centre of the neck; painted in bright shades of underglaze blue, the exterior with a scene of a bearded warrior his attire finely delineated, carrying a sword in one hand his other arm raised and pointing forwards, he is looking back at a lady, attendant and banner man standing nearby, above the warrior a canopy composed of many different textured materials and at the warrior's feet a further canopy behind which can be seen partially raised halberds and other weapons, the army hidden from sight, all outlined in swirling cloud work, on the reverse, old trees, the so called 'Three Friends of Winter' and stylised rock work, the upper neck decorated with sprays of peony and prunus, the base with an apocryphal six character mark of Chenghua.

LITERATURE
This scene is from the classic story The Yang Generals (Yang Jia Jiang), also known as The Lady Generals, which took place in the Northern Song. In this scene, the younger Yang has brought his new wife to pay her respect to Yang the senior, who completely rejects her by raising his hand.

The Generals of the Yang Family is a collection of Chinese folklore, plays and novels based on a military family from the earlier years of imperial China's Song Dynasty (960–1279). Spanning the century from 950 to 1050, the mostly fictional saga was based on the lives of historical characters. The stories recount the unflinching loyalty and the remarkable bravery of the Yangs as they sacrificed themselves to defend their country from foreign military powers, namely the Khitan-ruled Liao Dynasty (907–1125) and Tangut-ruled Western Xia (1038–1227).