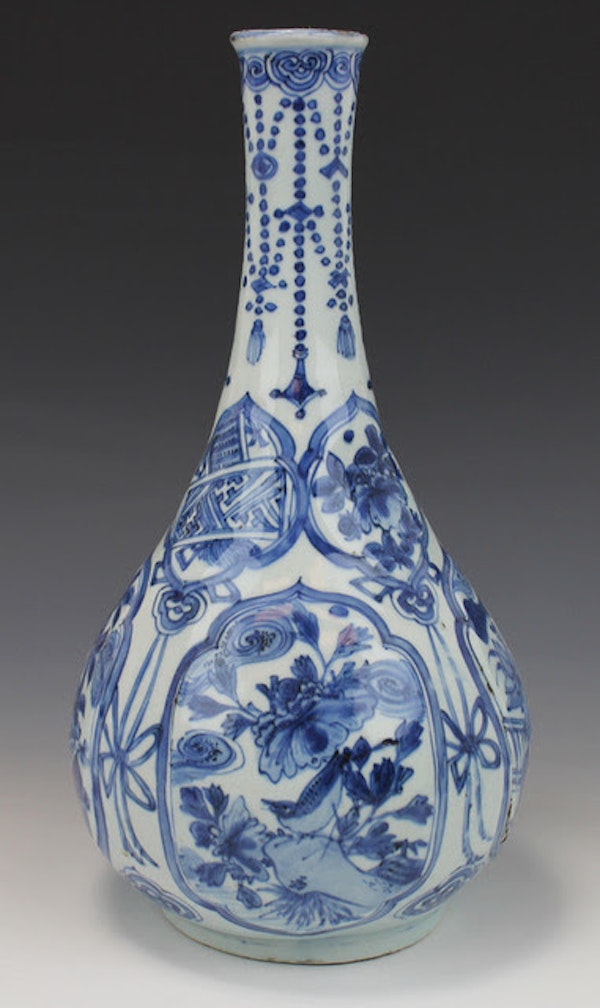 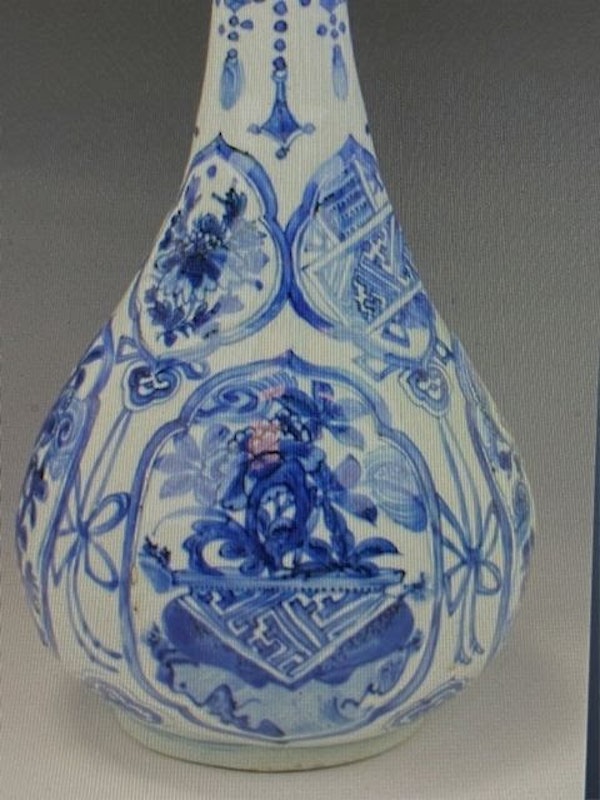 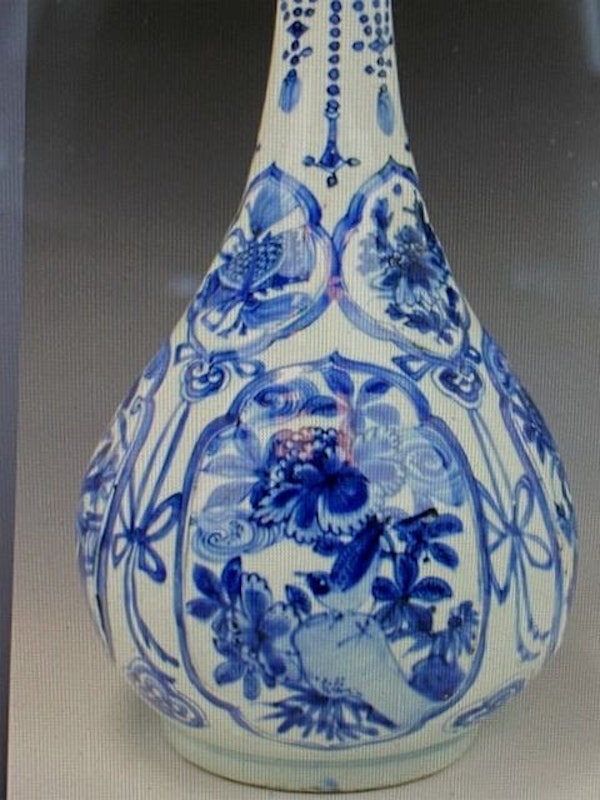 The pear-shaped body rising to a tall slender neck, decorated in shades of underglaze blue, the body decorated with raised relief quatrefoil cartouches, containing a bird perched on a branch below a large peony bloom, further tasseled cartouches to the shoulder, the mouth rim with pendant ruyi-heads and pendant tassels.

An almost identical example bottle vase is illustrated by M. Rinaldi, Kraak Porcelain, London, 1989, p. 170, pl. 212, where the author states and we quote: With the graceful shape of early pear-shaped bottles, this example has an extraordinary decoration of four large cartouches on the body and four smaller ones on the shoulder. The motifs of birds among flowers are depicted in the manner reminiscent of Border V1 dishes bearing the egret mark.
Vases of this shape but with different decoration are also illustrated by Ayers and Krahl, Chinese Ceramics in the Topkapi Saray Museum, Istanbul, London 1986, p. 732, cat. nos. 1300, a vase with tasseled design and birds but not raised cartouches.