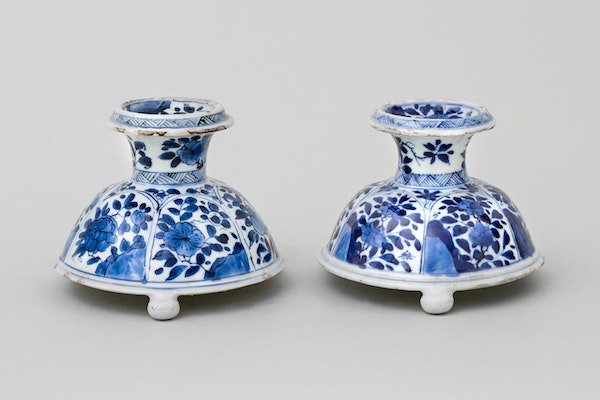 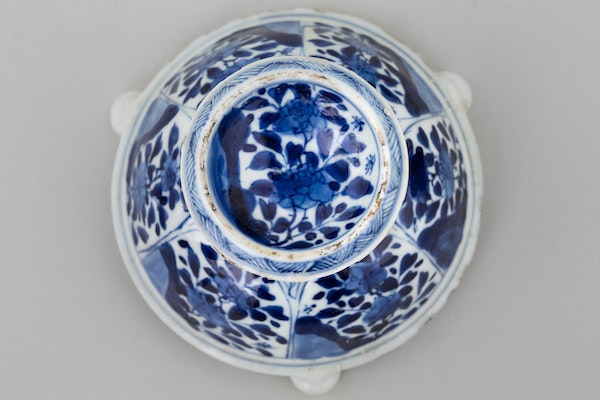 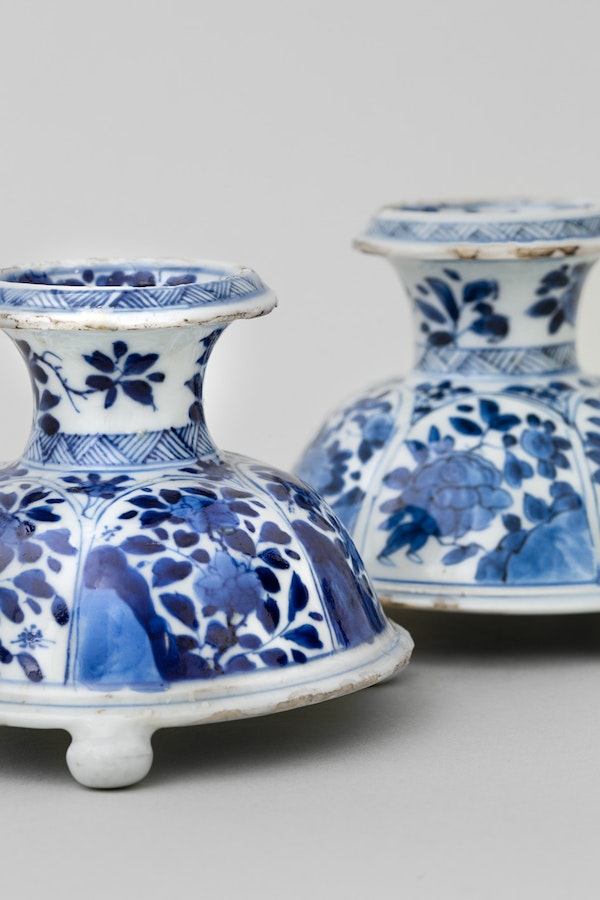 Each of diablo shape, the high, domed body on three delicately moulded feet, a short, straight neck widening into a flared rim, which opens up to the shallow bowl of the salt; decorated in underglaze blue, the body with raised lotus-shaped panels, each filled with various plants, including peonies; the shoulder and rim with cross hatch border, the neck adorned with blossoms, and the concave top with a single carnation bloom, all set within double blue lines.

LITERATURE
For an example of the same shape but with different decoration see Volker and Brill (Leiden 1971) 'Porcelain and the Dutch East India Company', no.23. These salts are recorded as fine Kangxi, after 1683.

The shape of these salts is based on a Dutch prototype, and decorated with a Chinese blue and white design for export, something that is not found on the Dutch model. Although the shape of the feet vary, the cup is always small and shallow. Interestingly, both the design and the pattern, including the lotus-shaped panels, were copied by the Japanese at Arita circa 1700 (see Jörg 2003. p.164). There are examples of Japanese Arita salts in this style in the collection of the Ashmolean Museum, Oxford, and in the Victoria and Albert Museum, London (museum number V&A FE.75-1970). Also see Ayers (1990) 'Illustrated Porcelain for Palaces'p.206, pl.202, for further comparable examples of Japanese salts made in the Chinese Kangxi style.

When these salt cellars were made, they would have been prominently placed on an elaborately laid table. They would not have been ordered as part of a dinner set, but separately as a luxury item (see Jörg 'Famille Verte: Chinese Porcelain in Green Enamels' (2011) p.148).