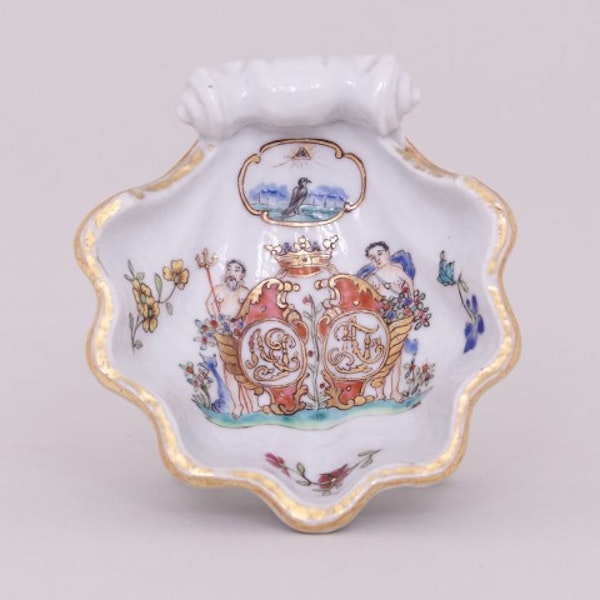 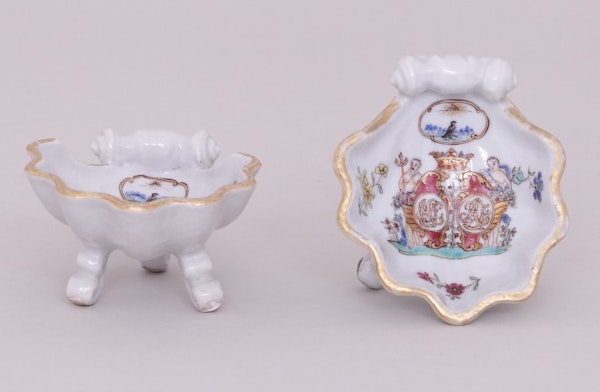 Based on Meissen originals (1735-1740), modelled as scalloped shells on three short scroll feet, with a gilt line to the rim, finely painted in the centres with elaborate armorials of the Swedish noble family ‘Gripenberg’ and their monograms.


The identification of the armorial is based on literature from Professor Bo Gyllensvärd, who was the head of Sweden’s Museum of Far Eastern Antiquities (Östasiatiska Museet), and the records from the The House of Nobility (Yriddarhuset), the Swedish equivalent of the British House of Lords. Both attribute the armorial to the Swedish noble family ‘Gripenberg’. There is an alternate theory that the armorial is that of a Danish family. In his book ‘Dansk Ostindisk Porcelain’, Bredo L. Grandjean attributes these arms to Anna Elisabeth Soelberg and Abraham Falck (1965), fig.56.


There is a similar pair of salts in the Östasiatiska museet, Stockholm, with the Gyllenborg family armorial.