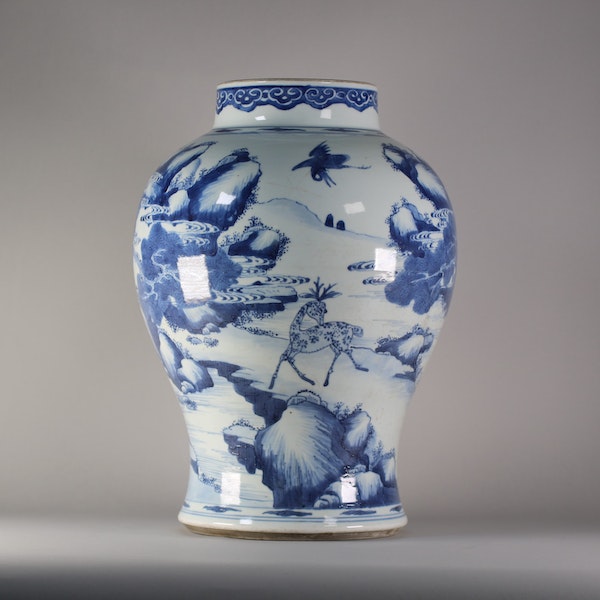 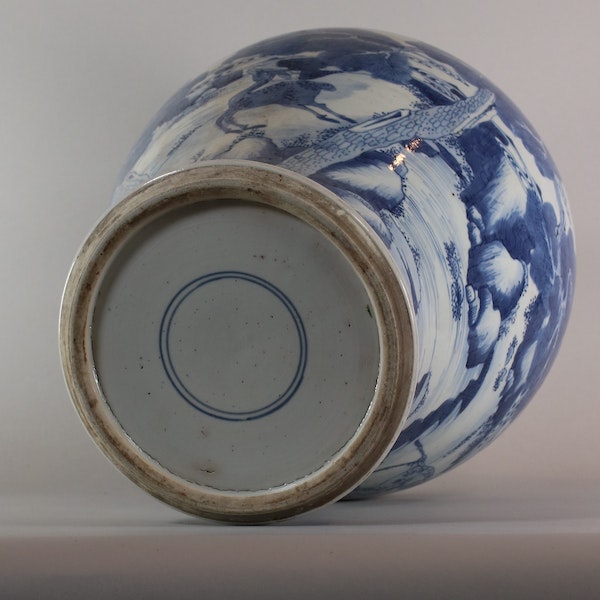 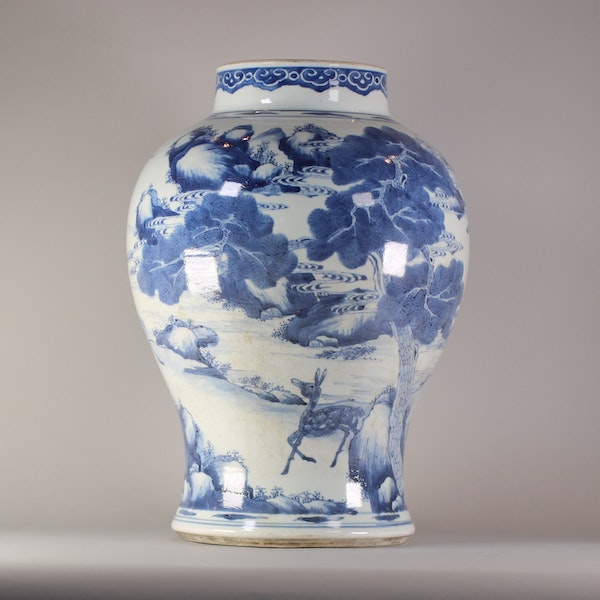 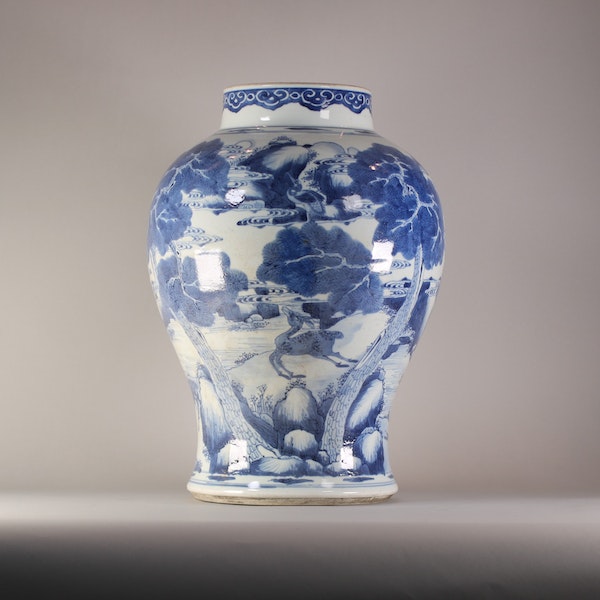 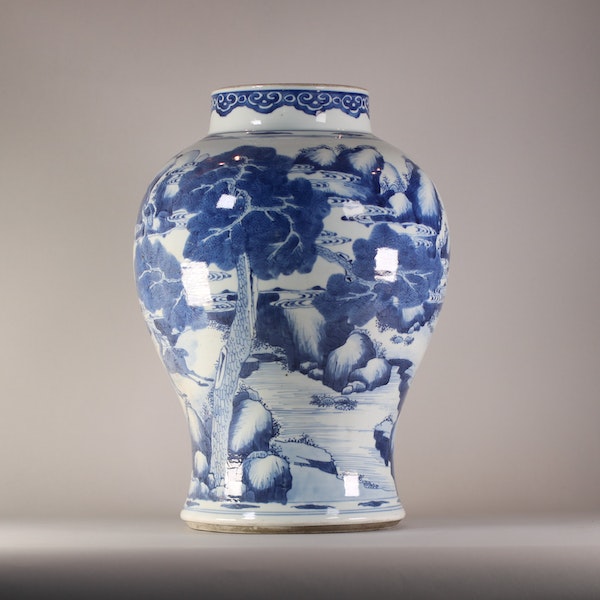 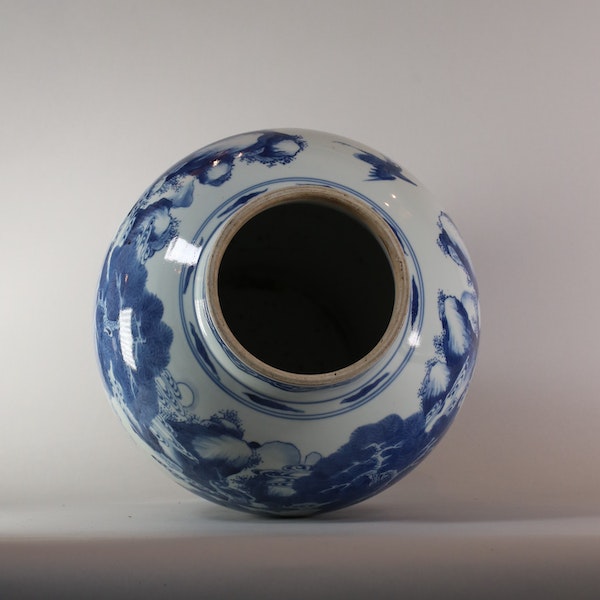 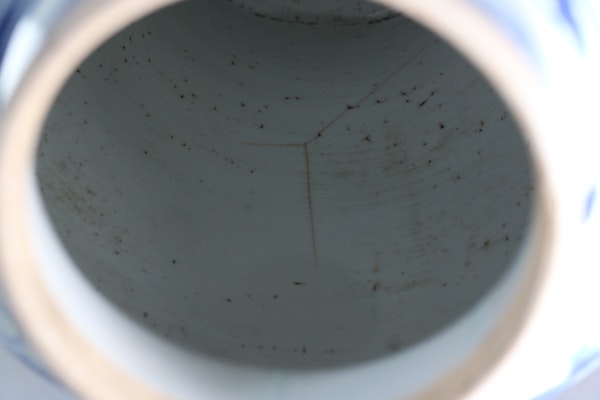 Chinese baluster landscape vase, Kangxi (1662-1722), decorated in underglaze blue with a continuous scene of wandering deer, a crow and a crane amongst pine and a river in a mountainous landscape, the short neck encircled by pendant ruyi heads, height without lid 35cm. (13 ¾ in.), condition: 2 faint stress star cracks, one of which shows only on the interior. The decoration of this vase is rich in the symbolism of longevity. Deer are said to be the only animal that can find lingzhi, fungi of immortality, and are also a symbol of wealth as the Chinese for deer, lu, is a homonym for the salary of an official. Pine, evergreen and long-living, is often portrayed alongside cranes, which are associated with Shoulao, the god of longevity. The prominence of such symbolism in visual culture reflects the significant role that the pursuit of long-life played in the Qing Dynasty