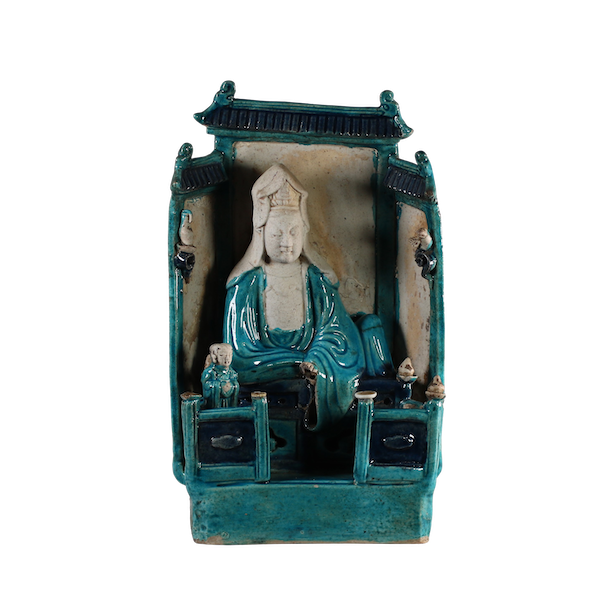 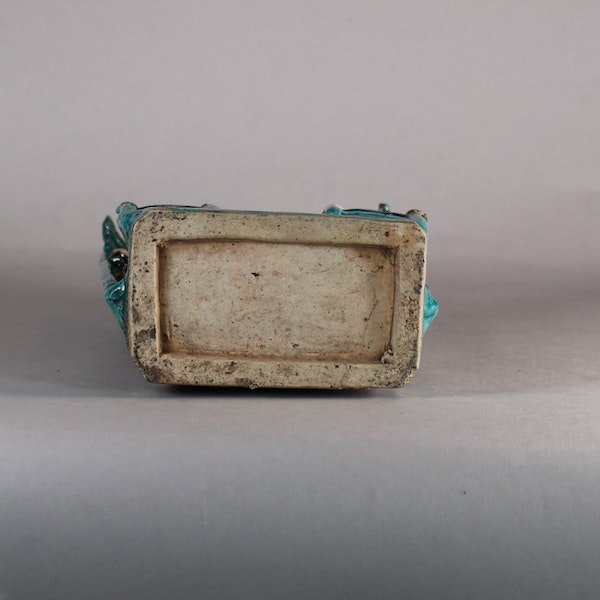 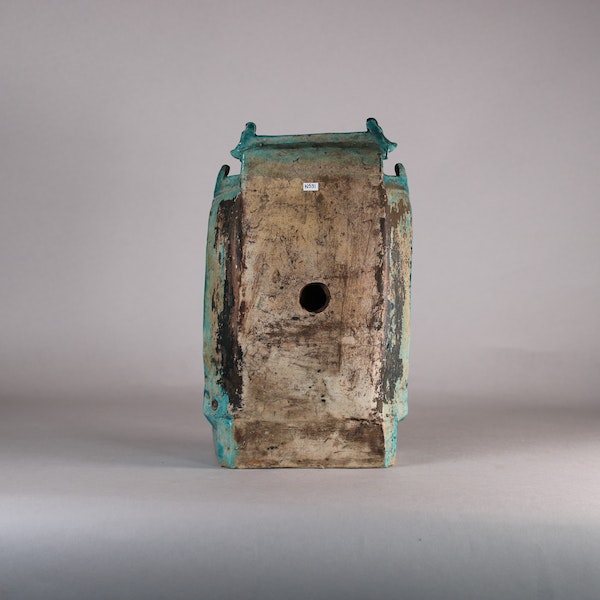 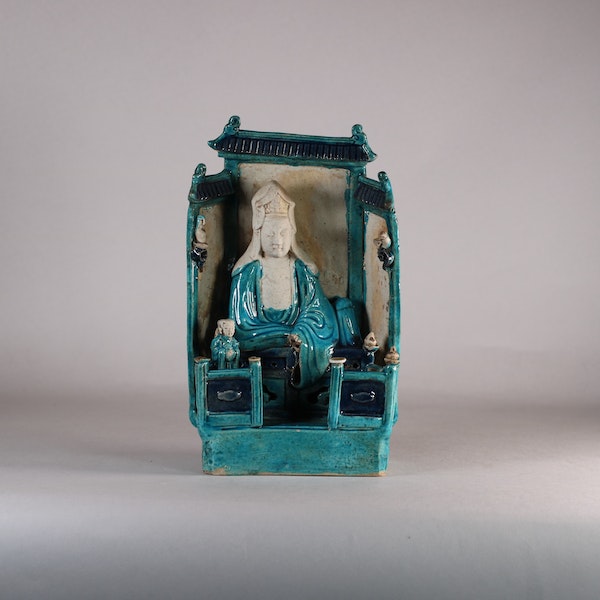 Chinese turquoise-glazed figure of Guanyin, Kangxi (1662-1722), seated within a pagoda throne with perching birds and lotus-bud finials, a small child to her right-hand side, her tall chignon with a mantle flowing over her shoulders, and a with a fly-whisk in her right hand, height: condition: The Chinese manifestation of the bodhisattva Avalokitesvara is known as ‘Guanyin’, an abbreviation of ‘Guanshiuin’, which roughly translates to ‘[The One Who] Perceives the Sounds of the World’. She is often depicted with a child, as seen here. Jesuit missionaries, upon arriving in China, were impressed by the obvious visual links between Guanyin and the Madonna of Christianity, but it is important to remember that the ‘Child-Giving Guanyin’ (sung-tzu) is a iconographic variation of the deity which originated in China. This association of Guanyin with the production of male heirs gained popularity in China from the 15th century and refers to the ‘Universal Gateway’ chapter of the Lotus Sutra.