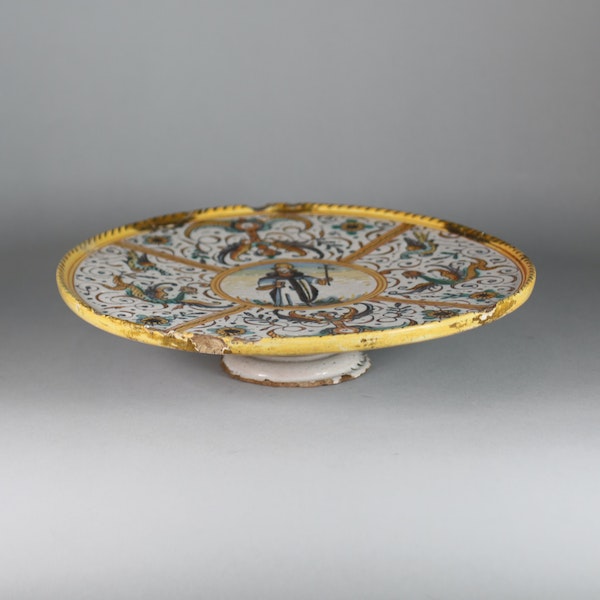 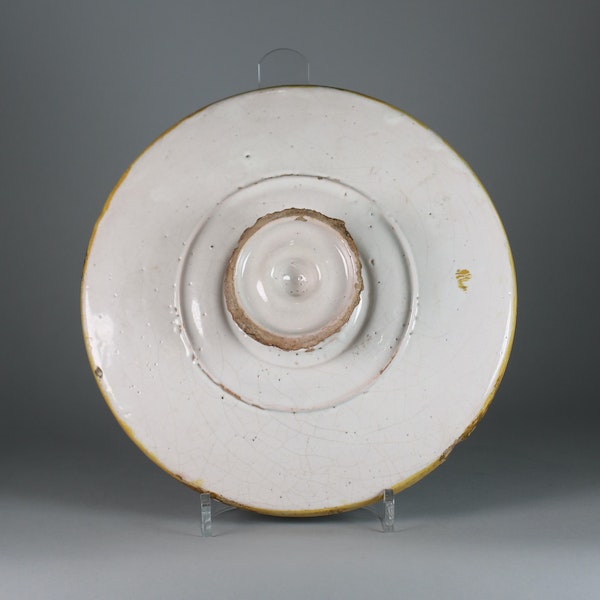 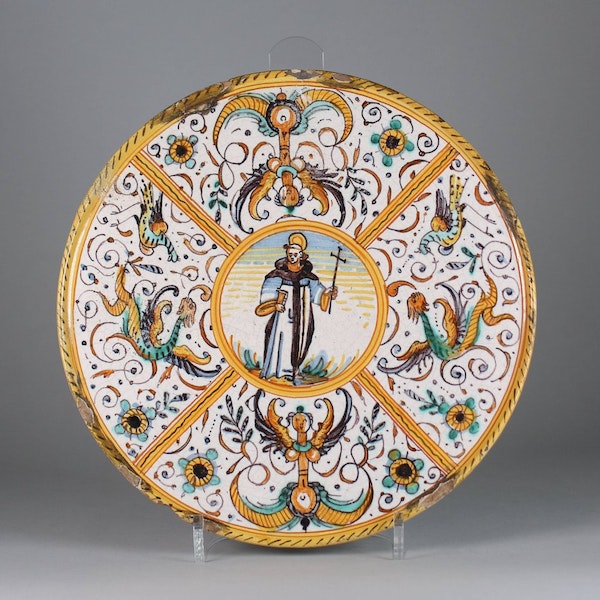 Italian Deruta Maiolica tazza, early 17th century, with a central medallion of St Peter Martyr holding crucifix and gospel within a yellow and ochre roundel, the panelled and grotteschi border with fantastical winged harpies and other creatures amongst ochre scrolling ribbons, all contained within a rope-twist rim, condition: two pieces out of rim re-stuck, six chips to rim, one chip to underside of rim, heavy fritting to footrim. Grotteschi became fashionable in renaissance Italy following the discovery of Emperor Nero’s ‘Golden Palace’ in about 1480, with walls and ceilings decorated with designs of fantastical creatures, ribbons and festoons. A similar tazza is in the Victoria and Albert Museum, see Bernard Rackham (1977), Catalogue of Italian Maiolica, no 1054, p.353