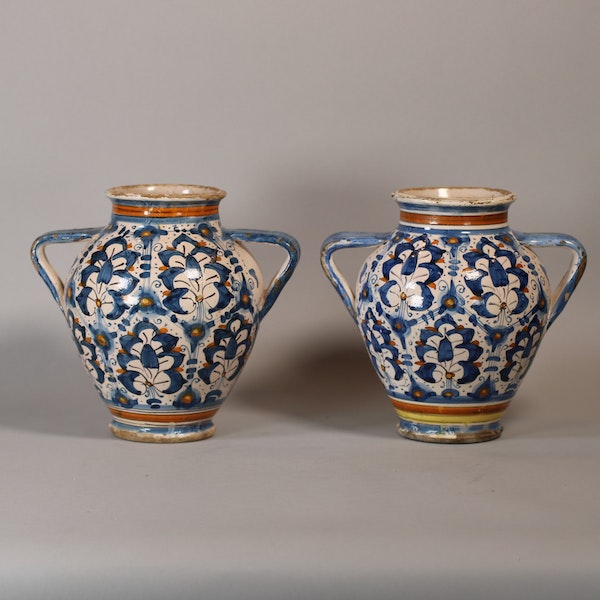 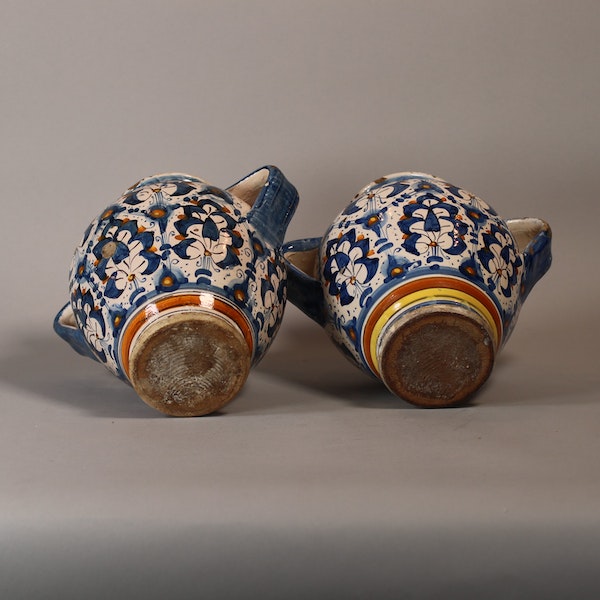 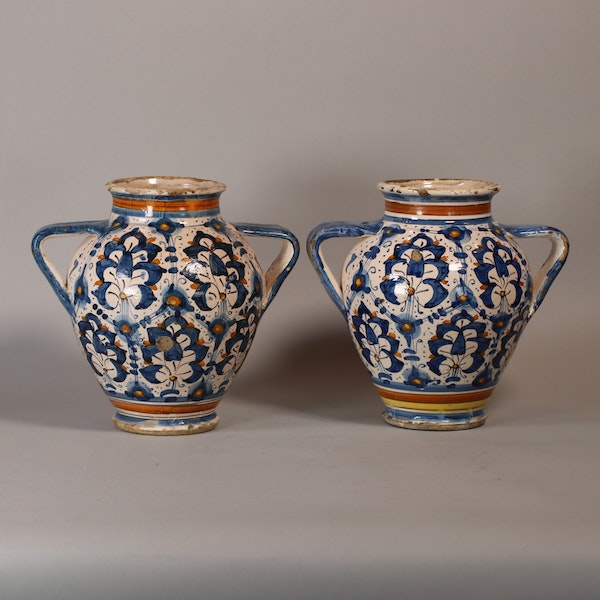 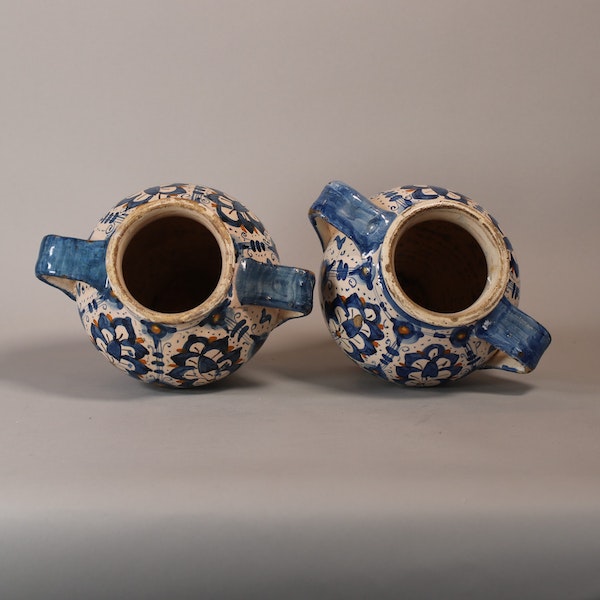 Pair of Italian Montelupo two-handled vases, late 16th century, of bulbous form with angular strap handles to the shoulders, decorated in blue and orange with palmettes against a white, a band of orange and blue below the slightly flanged rim; height: 19.5cm. (7 5/8in.), condition: one jar with handle restored to a high standard.  A jar with similar design can be found in Rudolf E.A. Drey, 'Apothecary Jars' (7B). The 'Persian palmette', Palmetta persiana, originated from pomegranate motifs in Islamic textiles which were imported into Europe during the Renaissance. Variations of the patterns appear on Tuscan pottery from around the 1480s