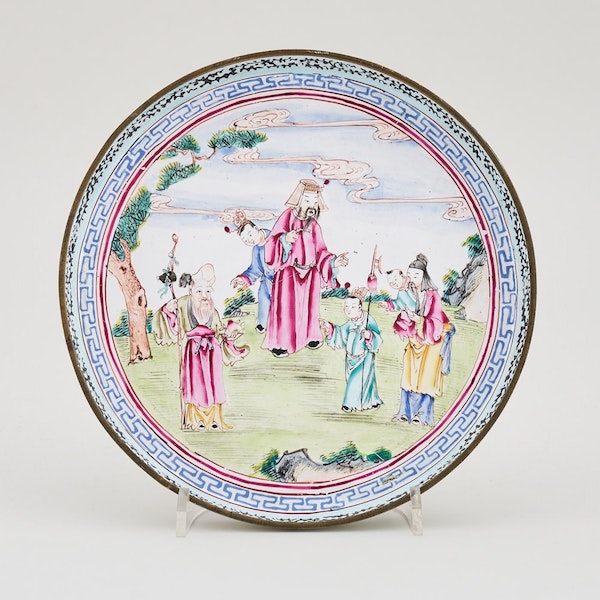 Of round form decorated in famille rose enamels with a large central roundel depicting a scene set in a rocky landscape of Shoulao holding his emblem, the peach, in his hand and carrying a ruyi-stick as he faces a group of dignitaries and their children dressed in long robes and headdresses, one carrying a thin halberd, a pine tree growing nearby and swirling clouds in the sky, the scene bordered by a band of key-pattern and a further band painted with a continuous scrolling branch, the back of the dish with a stylised blue motif.