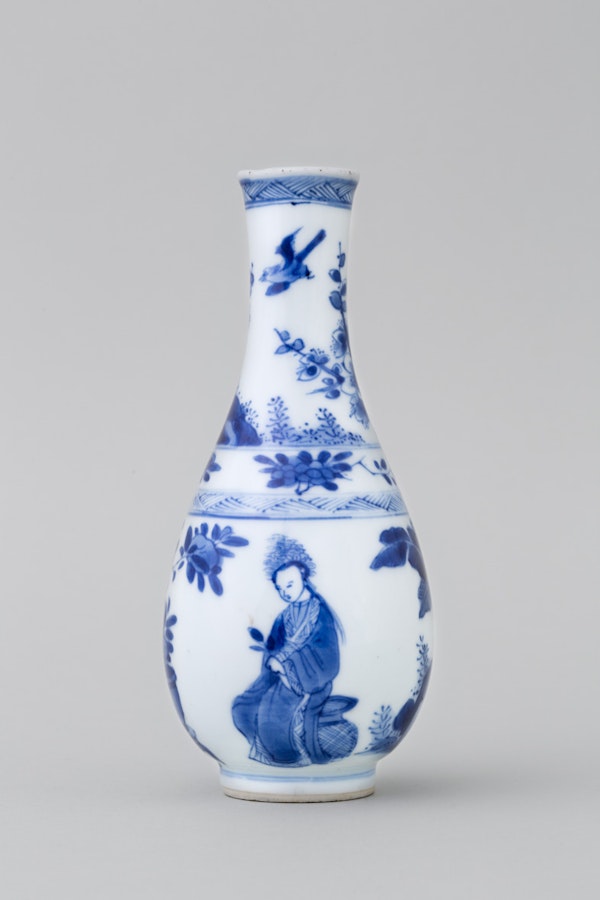 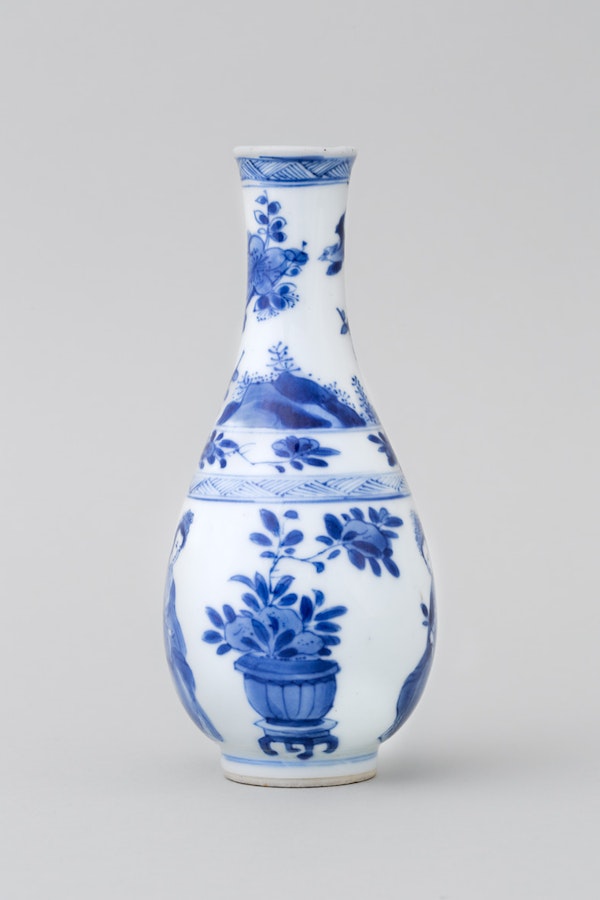 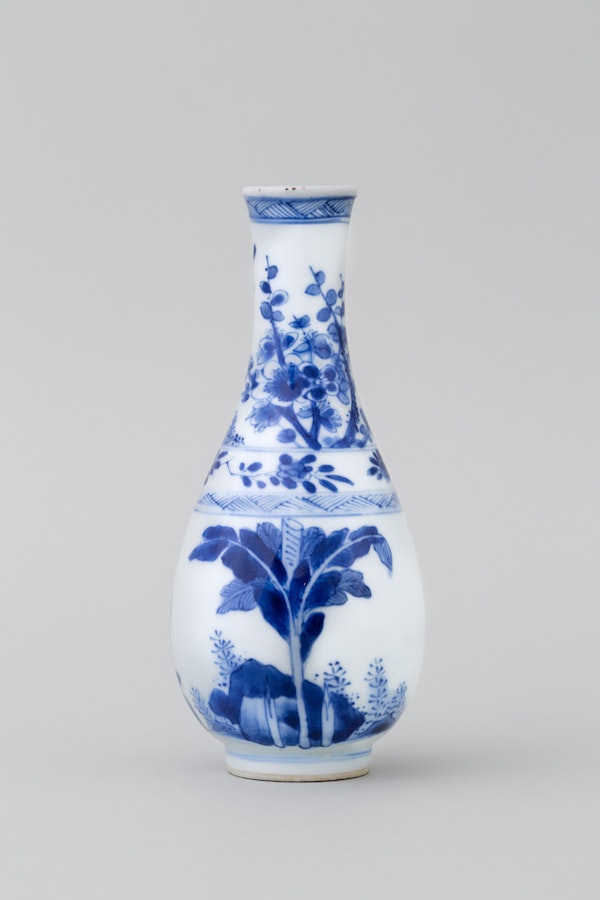 Of slender pear form, raised on a small straight foot, the neck flaring slightly at the mouth, decorated in shades of underglaze blue, the body painted with a design of two seated women, or 'Long Elizas', each wearing long robes and a high headdress, their long hair flowing loose down their backs, one holding a leafy sprig in her left hand; they sit facing a raised jardinière containing a young plant with large, peach-like fruits, while on the opposite side is a single plantain tree; a band of triangle work separates the body from the neck of the vase, the neck painted with a bird flying among blossoming branches, set above a band depicting two branches, one blossoming, one bearing fruit, with a further band of triangle work around the mouth; the foot decorated with a double line in underglaze blue; the base glazed, with an Artemisia leaf painted in the centre in underglaze blue.

Footnote: For a vase of similar size and decoration, see the Victoria and Albert Museum, museum number CIRC.364-1931. The elegant, slender women depicted on our vase were a popular motif for porcelain produced in Jingdezhen during the reign of the Kangxi Emperor. In China, they were known as mei ren (beautiful women), and lange lijzen ('long Elizas') in Dutch.