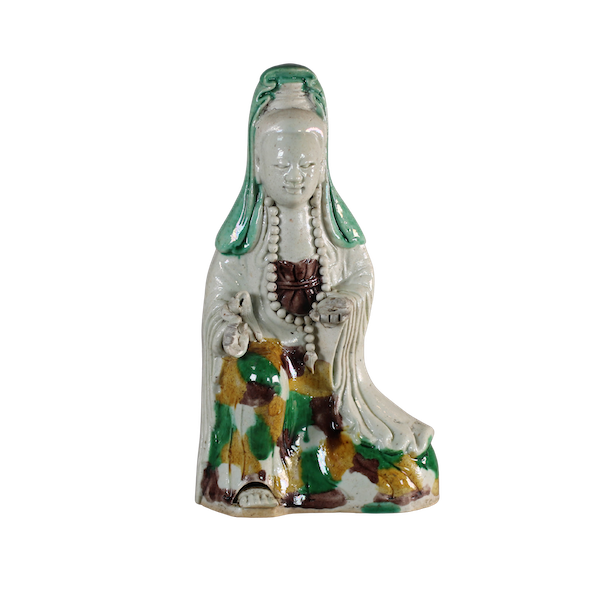 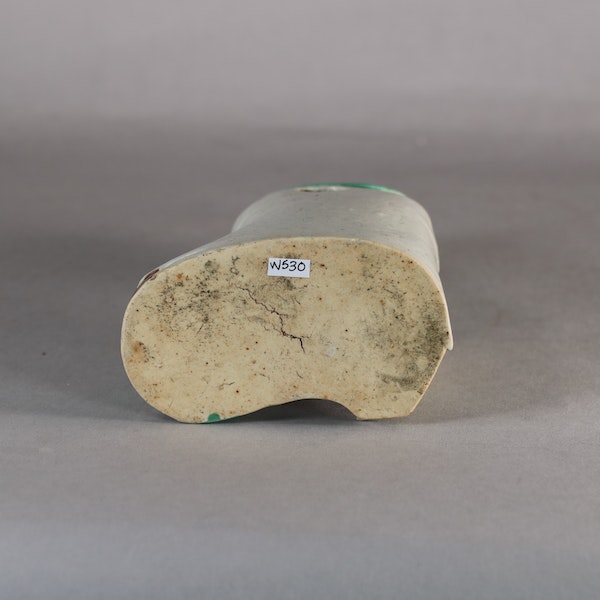 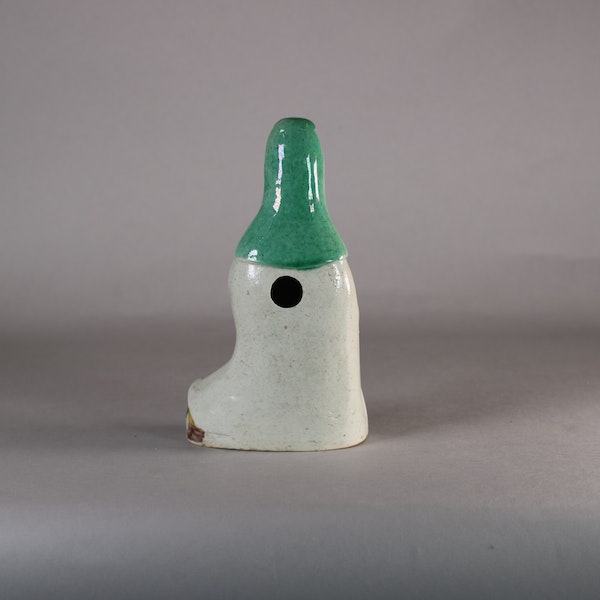 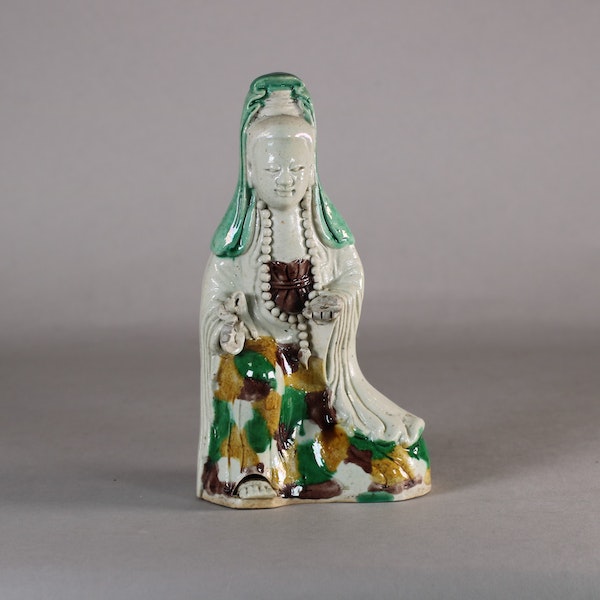 Chinese famille verte figure of Guanyin, , in sancai overglaze enamels, the bodhisattva seated in a variation of the lalitasana mudra (royal position), her chignon covered with flowing headdress and a rosary around her neck.

Guanyin is the Chinese manifestation of the Buddhist bodhisattva Avalokitesvara, who was first worshipped in India before being adopted in various locations across Asia, including China from around the first century BC. The ‘lalitasana’ pose also originated in India, where it is used to emphasise the regal nature of kings and queens. It is typical in Buddhist sculpture and was quickly adopted in China along with the spread of Buddhist teachings. The Chinese name ‘Guanyin’ is an abbreviation of ‘Guanshiuin’ ([The One Who] Perceives the Sounds of the World). The deity represents the mortal Buddha of compassion and mercy; the individual beads of the necklace worn by this example represent Guanyin’s calls upon Buddha to relieve the misery of living beings.