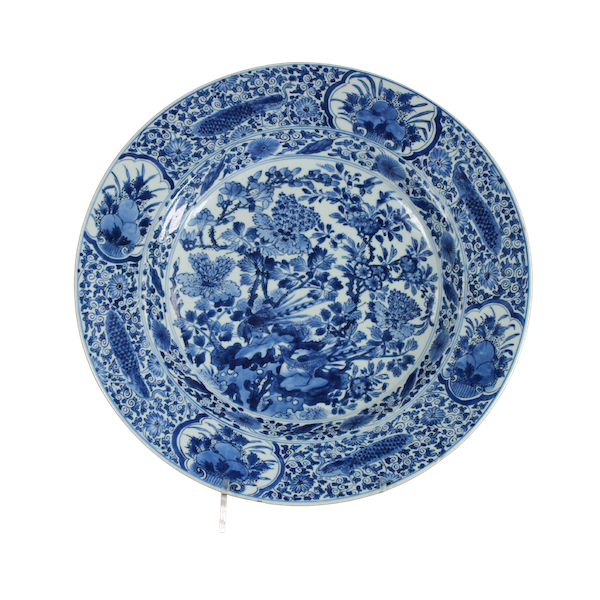 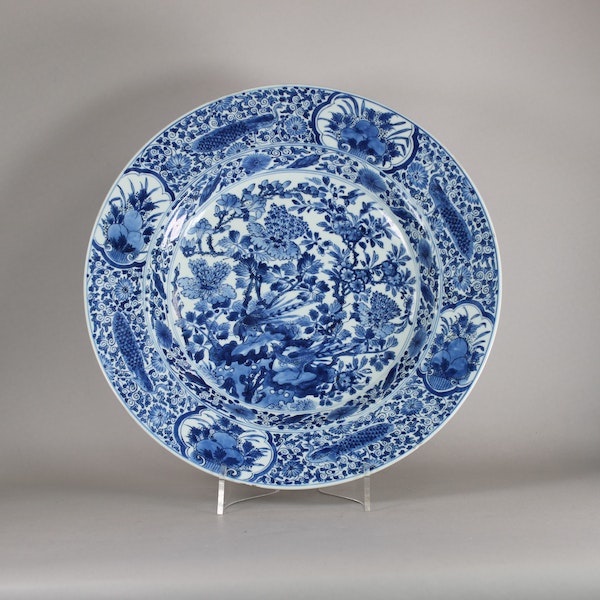 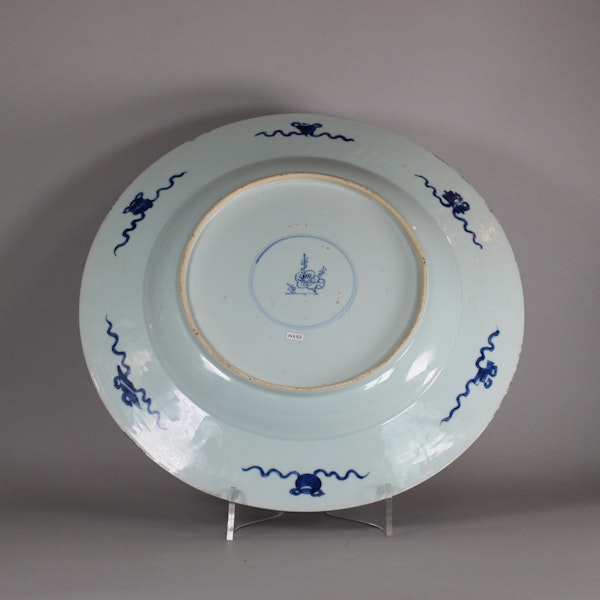 Large Chinese blue and white 'peacock' charger, Kangxi (1662-1722), painted in a bright underglaze blue, the central circular panel with two pheasants amongst peony, cherry and magnolia issuing from rockwork with birds overhead, within a narrow cavetto border containing scrolling flowering plants, the broad rim with four ruyi-shaped cartouches containing pomegranates and peaches, interspersed with four peacocks against a background of scrolling blossoming plants, the reverse with ribboned emblems of the Eight Happy Omens, diameter 39 cm. (15.1/4 in.), condition: two extremely fine ‘hair-cracks’ which are difficult to see and small areas of very slight fritting to rim

In Chinese culture, the peacock (kongque) represents dignity and beauty. Regarded as a manifestation of the mythical phoenix on earth, the peacock was also used on Ming rank badges to indicate that the wearer was a scholar of the third highest level. Flowers, too, held a rich symbolism associated with the passing of the seasons, with peony in particular also indicating high status and wealth. According to Daoist mythology both the peach and the pomegranate were fruits of immortality; the overall symbolism of the plate is consequently a very potent combination of earthly and heavenly icons.