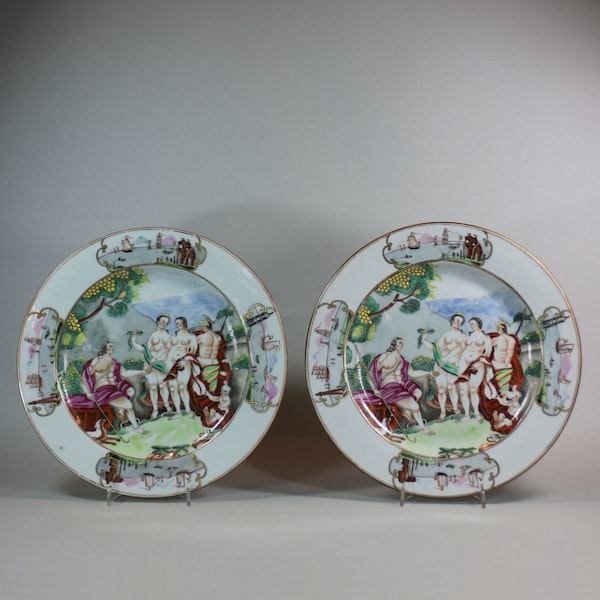 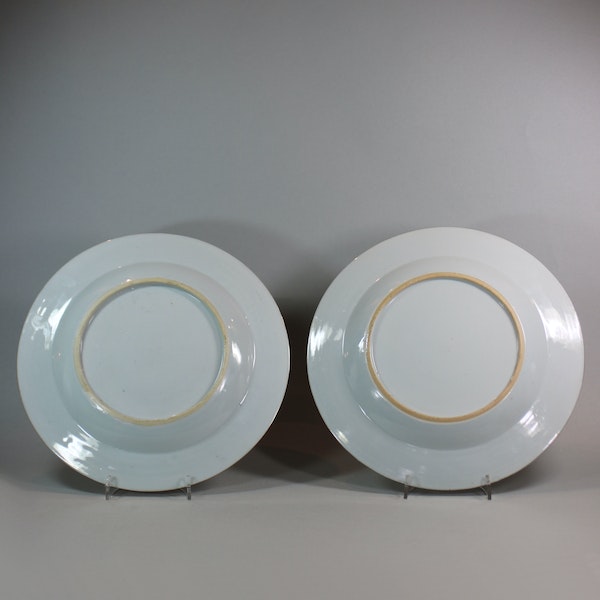 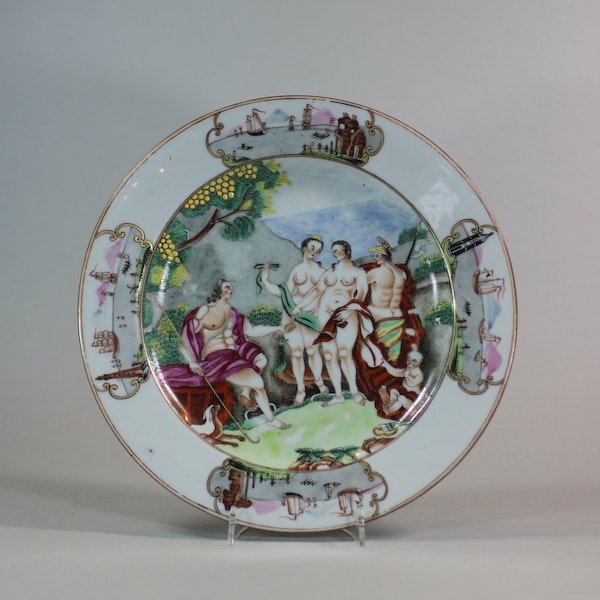 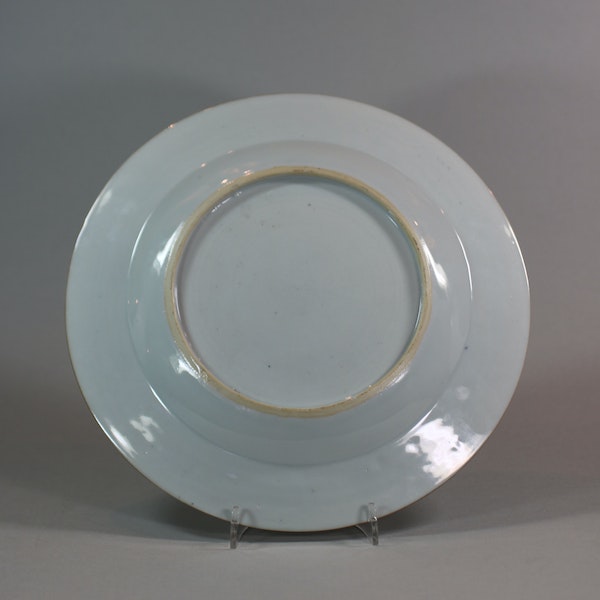 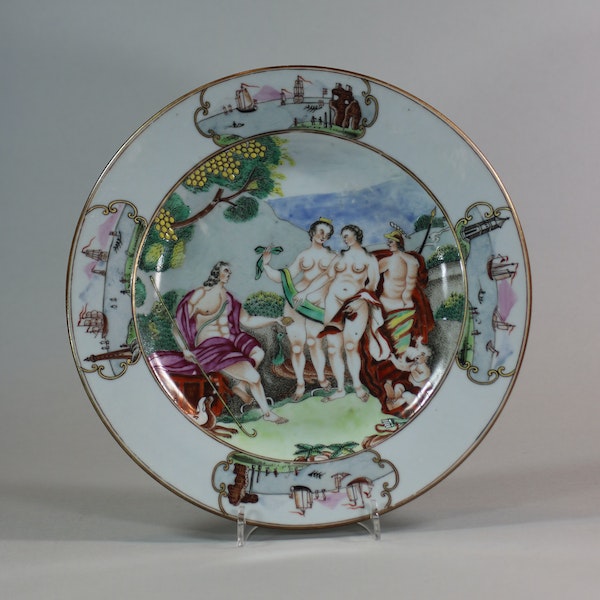 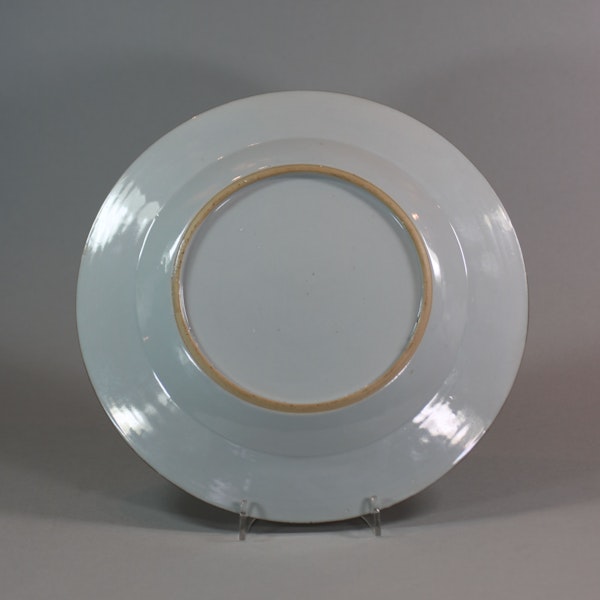 Pair of Chinese Famille Rose ‘Judgement of Paris’ plates, Qianlong (1736-95), decorated in the centre with a scene from Greek mythology where Hermes brings the goddesses Hera, Athena and Aphrodite to Paris (the mortal son of King Priam of Troy) for their beauty to be judged, the rim with four cartouches depicting maritime scenes, diameter: 9 1/16 in. (23cm.). In this depiction, Athena has been replaced with Eros, the God of Love, and the plate shows the final stage where Paris is awarding the golden apple to Venus. The popularity of this scene resulted in numerous reinterpretations on export porcelain, but The Judgement of Paris by Rubens (1577-1640) is generally accepted as the main source for the design